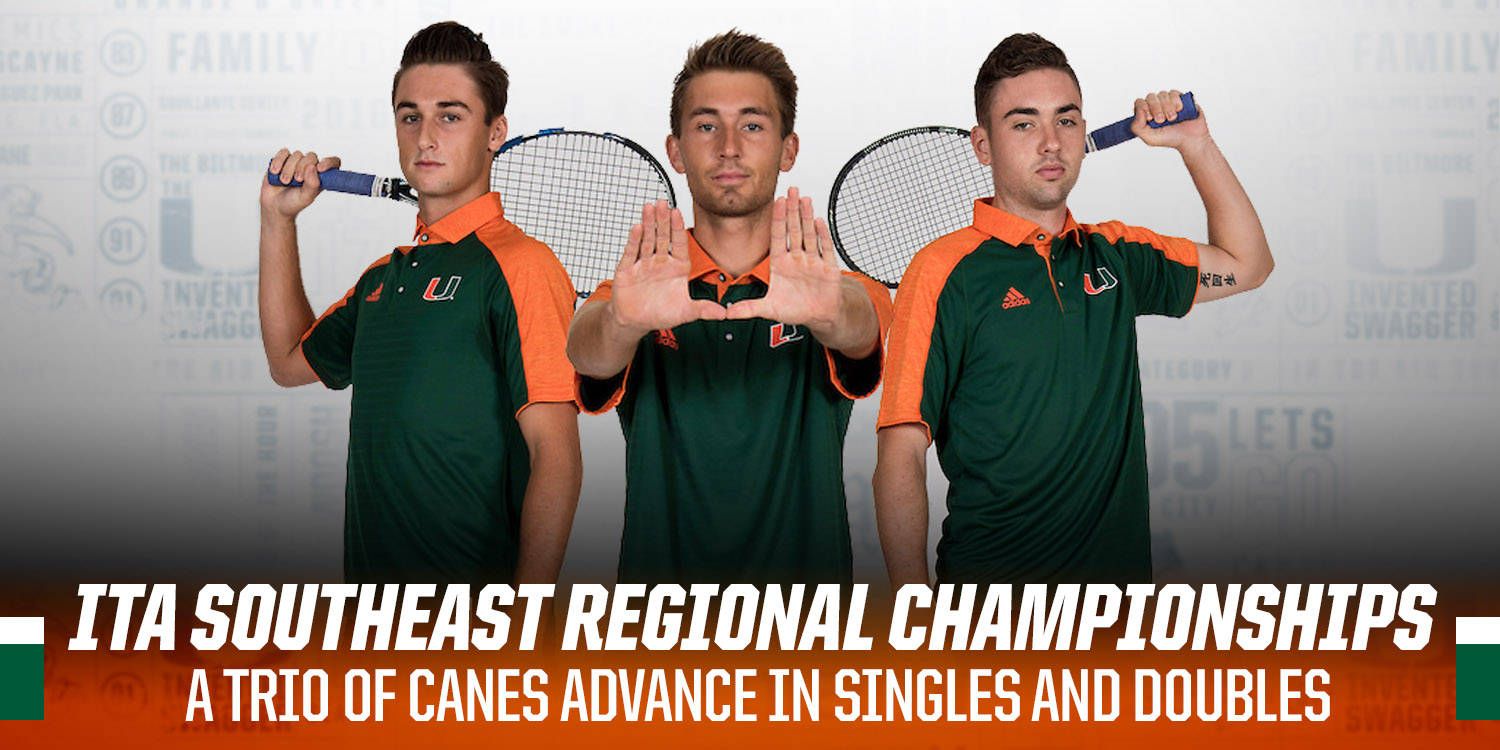 TALLAHASSEE, Fla. – The University of Miami men’s tennis team returned to the courts Friday at the 2016 ITA Southeast Regional Championships Presented by Oracle held at the Scott Speicher Tennis Center.

On Saturday, Langmo will return to action in the Round of 32 against Florida’s McCain Kessler at 8:30 a.m. An hour later, Lomacki will return to the court facing South Florida’s Alberto Barroso-Campos.

Seeded third overall in the doubles main draw, the duo of Lomacki and Andrews opened the afternoon with a first round bye before facing Georgia State’s Jannis Koeke and Giles Hussey in the second round. The pair walked away with an 8-3 victory advancing to Saturday’s Round of 16 against Jan Zielinski and Walker Duncan of Georgia. The match is expected to begin at approximately 3 p.m.

Also in the opening round of doubles, Langmo and sophomore Dane Dunlap teamed up to defeat Georgia Tech’s Fiegel and Phillip Gresk, 8-6. Following the victory, the duo faced No. 56, seeded fourth, Florida State’s Aziz Dougaz and Guy Iradukunda, in the second round, falling, 5-8.

Nile Clark and Jesse Flores teamed up together in the opening round of doubles, defeating Courage Okungbowa and Illya Skoromnyy of Florida A&M, 8-5. In the following round, the duo fell, 3-8, against Georgia Tech’s Elijah Melendez and Carlos Benito.

In the final round of qualifiers Genovese met Georgia Southern’s Landin and dropped the match, 1-6, 3-6.

Simultaneously, after earning his first-career victories in the opening two rounds of qualifiers, Thursday, Dunlap faced Florida’s Joshua Wardell in the final round of qualifiers. The native of Washago, Ont., Canada fell, 1-6, 2-6.

The winners of the singles and doubles draws will qualify for the 2016 USTA/ITA National Indoor Intercollegiate Championships, considered the second leg of the collegiate Grand Slam, held Nov. 3-6 in Flushing Meadows, N.Y.

The singles main draw will continue Saturday at 8:30 a.m. with the doubles draw following, to begin around 3:00 p.m. Play will continue until the finals on Monday Oct. 24 starting at 9:00 a.m.

Check in on hurricanesports.com for doubles draws and updated singles draws as the tournament progresses.