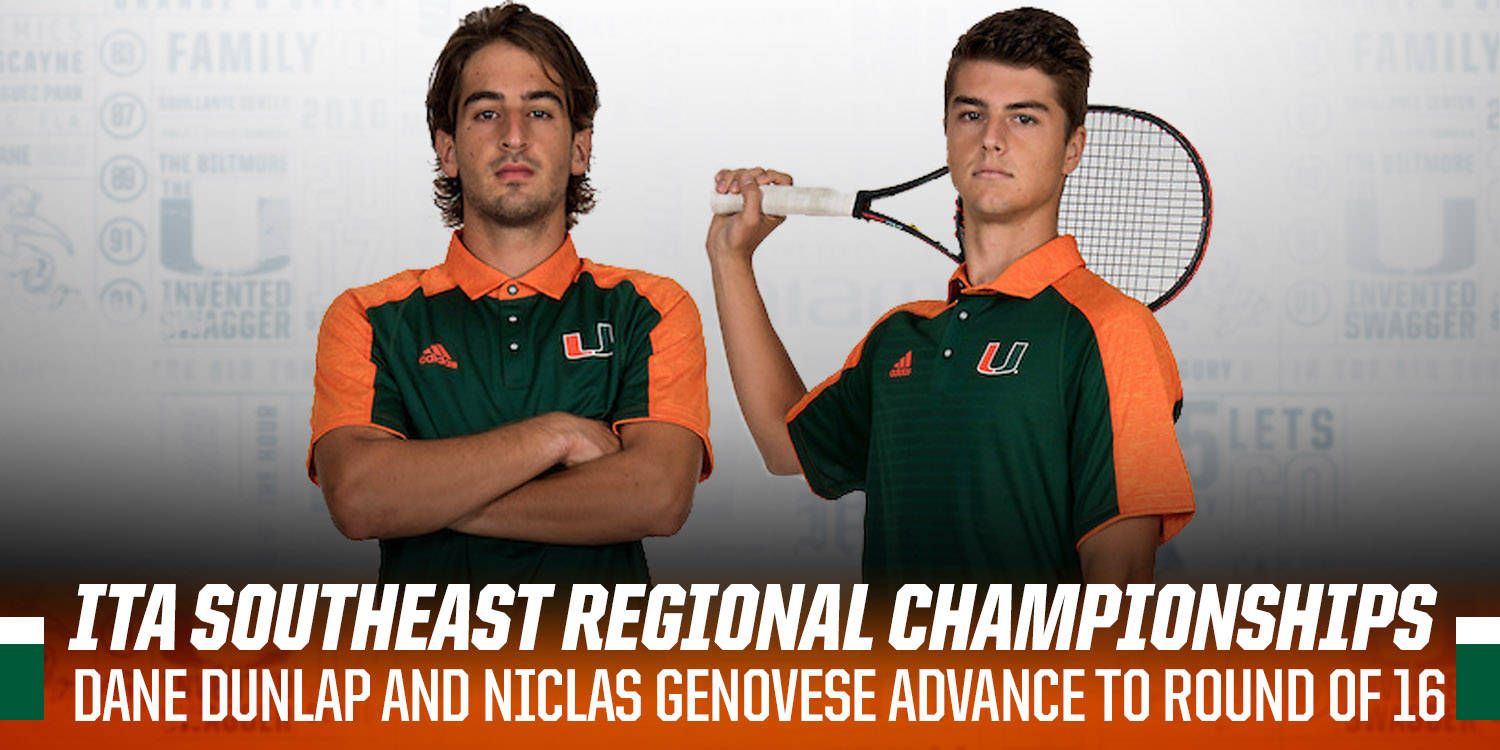 Day One of ITA Southeast Regionals

Junior Niclas Genovese opened the afternoon with a straight-set victory over George Nickerson of Florida Atlantic, 6-3, 6-3. The native of Switzerland later advanced to the Round of 16, following a three-set victory over Stetson’s Angus Bradshaw. After falling in the first set 2-6, Genovese fought back to win the final two sets, 7-5, 7-6. Genovese will face Georgia Southern’s Eddie Landin, Friday morning at 8:30 a.m.

Sophomore Dane Dunlap also competed in the opening two rounds, taking down North Florida’s Dominic Lea, 6-4, 6-1, in the first round. In the Round of 32, Dunlap took down Florida Atlantic’s Arthur Stefani, 6-1, 4-6, 6-3. He will face Florida’s Joshua Wardell in the Round of 16 Friday morning at 8:30 a.m.

Jesse Flores and Nile Clark each were dealt a bye in the first round, but fell in their Round of 32 matches. Clark fell to first-seed Cole Fiegel of Georgia Tech, 6-0, 6-3. Meanwhile, Flores fell to North Florida’s Sahil Deshmukh, 6-3, 6-3.

Two Hurricanes have been seeded in the main draw event, as No. 31 Piotr Lomacki is the No. 3 overall seed while No. 58 Christian Langmo is the No. 4 overall seed. Both Lomacki and Langmo will await the results of the qualifiers to determine their matchups at 1 p.m. on Friday in the Round of 64.

A pair of hurricanes have been seeded in the doubles draw, as Lomacki and Andrews are the No. 3 overall seed. The duo will await the results of Koeke/Hussey of Georgia State and Shkrob/Ball of Stetson.

In the opening round, Flores and Clark will matchup against Florida A&M’s Okungbowa and Skoromnny, Langmo and Dunlap will face Georgia Tech’s Fiegel and Gresk and Genovese and Bondar will face Georgia State’s Acuna and Andrukhou, at 3 p.m.

Watch hurricanesports.com for doubles draws and updated singles draws as the tournament progresses.