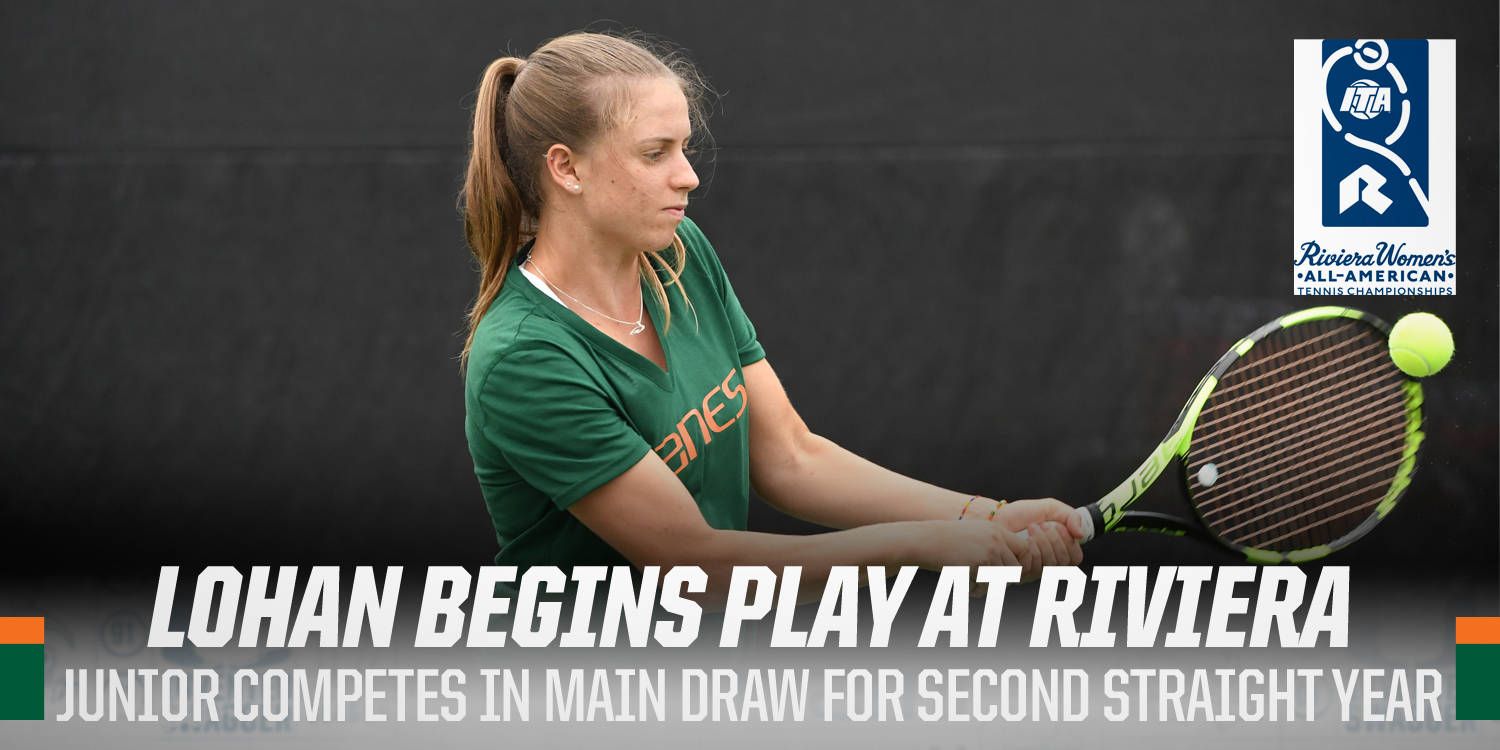 The fifth-ranked player in the nation and the fourth-seeded player in the draw, Lohan took on No. 19 Astra Sharma of Vanderbilt. The 2015 NCAA Team Championship MVP for the national title-winning Commodores, Sharma earned a 6-1, 7-6 (8-6) win over Lohan.

“It was a very aggressive tennis match from the first point. Sinead was not able to convert early in the first set and gave Sharma a big space to find great tennis,” Miami associate head coach Laura Vallverdu said. “Sinead fought hard to find her A-game, which she did in the beginning of the second set, but the match was really won in the first set. The margin was very small.”

This marked the second consecutive year Lohan has been in the main draw at the Riviera/ITA Women’s All-American Championships. In 2015, she made a run all the way to the finals, becoming the first Hurricane to ever make the championship of the singles field at the elite tournament.

Lohan, a native of Waterford, Ireland, will begin back draw play Friday at 3:30 p.m., against No. 15 Saska Gavrilovska. Lohan is the No. 2 seed in the back draw.

“She will come out [and play] hard tomorrow,” Vallverdu said of the two-time ITA All-American. “Lots of good tennis still to be played.”