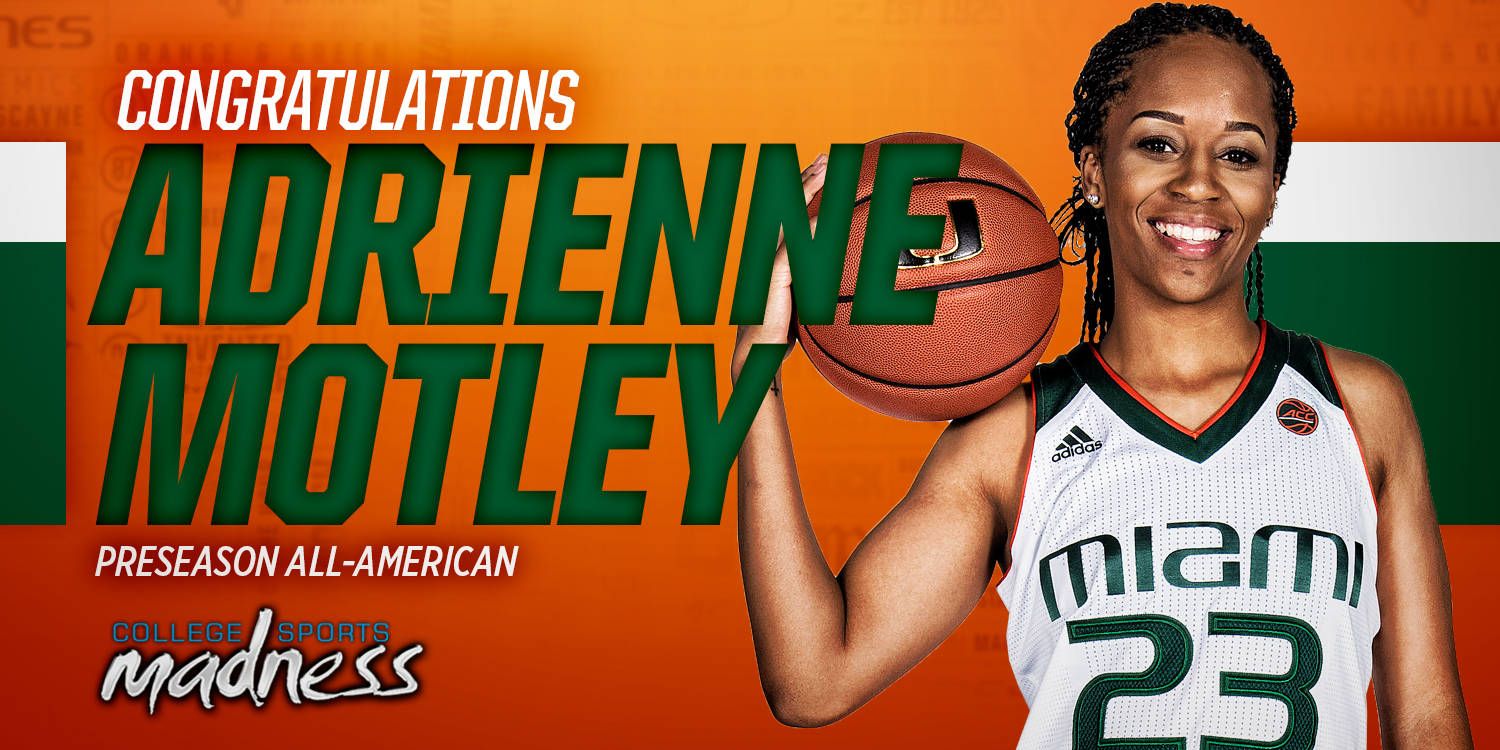 A 5-foot-9-inch senior guard, Motley is the fifth player in program history to garner preseason All-America status and the first since Shenise Johnson was an AP Preseason First Team All-American in 2011.

“Throughout her career, Adrienne has proven herself to be one of the top guards in the country,” Miami head coach Katie Meier said. “Her versatility and consistency make her such a fantastic player to coach. She has made such an impact at Miami since her arrival and I’m happy about this recognition.”

Motley is a two-time reigning First Team All-ACC selection and ranks No. 11 all-time at Miami in scoring with 1,419 points.

A native of Newport News, Va., Motley was a WBCA Coaches’ All-America Team Honorable Mention in 2015-16, becoming the ninth Hurricane to receive an All-American distinction.

Last season, Motley was also on the Wade Watch List, the Naismith Trophy Player of the Year Early Season Watch List and The Dawn Staley Award Mid-Season Watch List. She finished the season as one of three players to rank top-15 in the ACC in scoring (sixth, 15.7), 3-point percentage (ninth, 36.5) and free throw percentage (No. 10, 76.7).