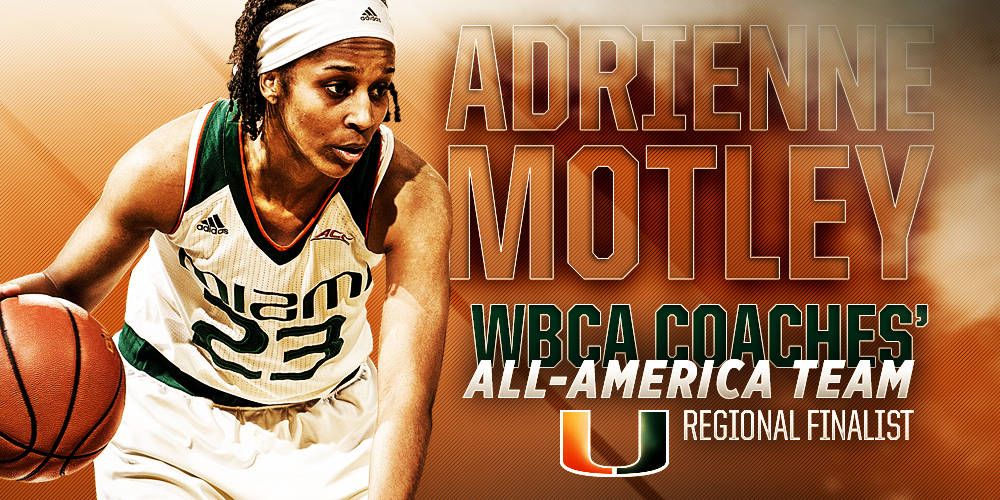 A 5-foot-9-inch junior guard, Motley is one of 15 players from Region I on the 52-player list, including one of 11 from the ACC. The honor guarantees Motley at least WBCA All-America Team Honorable Mention status.

“Adrienne was one of the top players in the nation throughout the course of this season and she is quite deserving of this accolade,” Miami head coach Katie Meier said. “As each honor has continued to come in for her, Adrienne has continued to show the hard work, humility and dedication that makes her such a special player. I am very proud of all she accomplished during her junior season and am excited for what the future holds.”

Motley was named a First Team All-ACC honoree by both the Blue Ribbon Panel and the ACC Coaches for the second-consecutive season. She is also one of 32 players nationally on the WBCA’s Wade Watch List for the prestigious national player of the year award.

Motley led or co-led the Hurricanes in scoring 19 times this season, helping lead the team to a 24-9 (10-6 ACC) record and a fifth NCAA Tournament berth in the last six years.