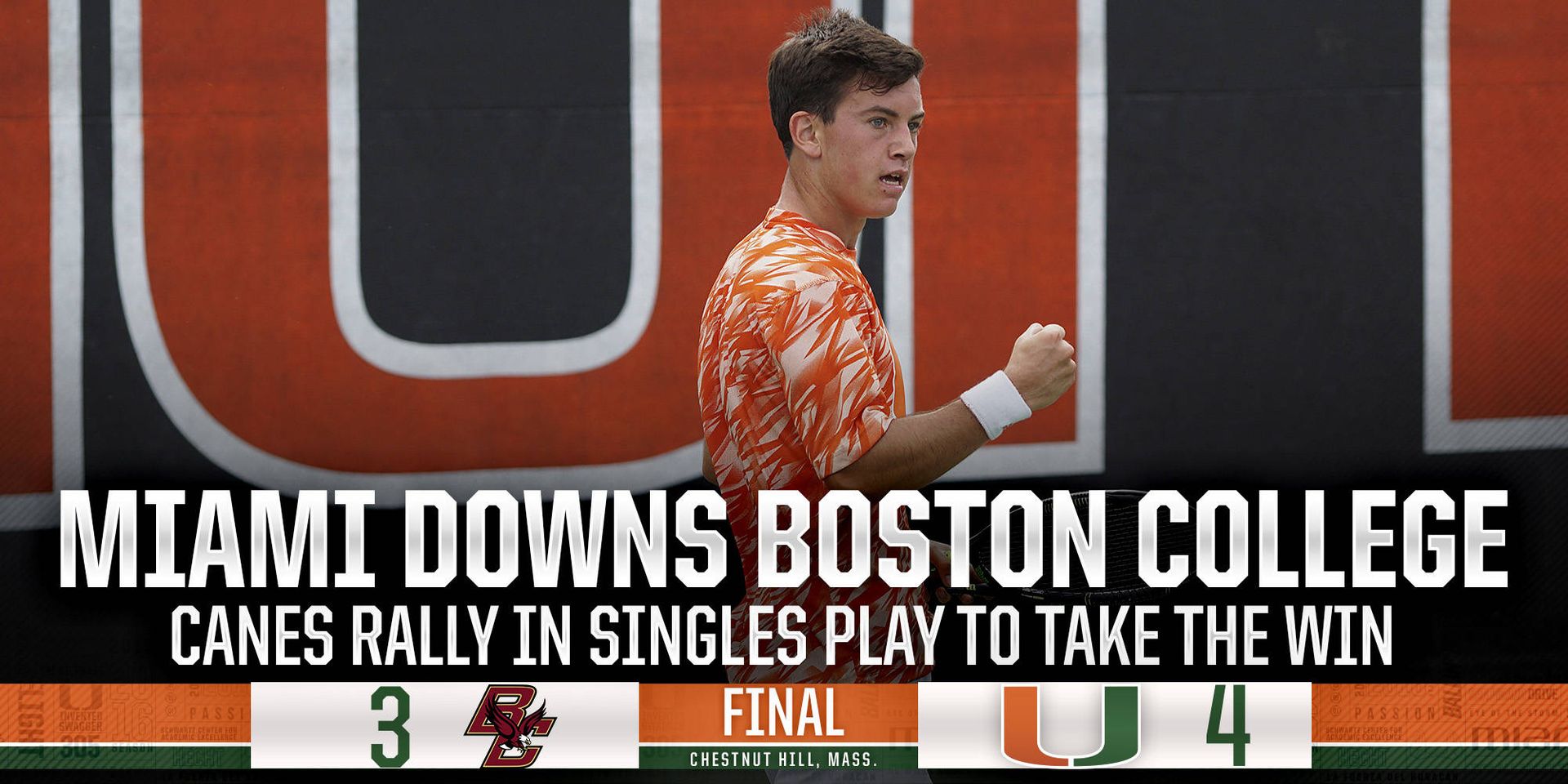 DEDHAM, Mass. – The Miami Hurricanes men’s tennis team stormed back after an early deficit to defeat the Eagles of Boston College, 4-3, at the indoor courts of Dedham Health and Athletic Complex Friday evening.

With a healthy lineup, Miami was able to give a full team effort to take down the Eagles. The match started of slightly rocky, with Miami coming up short in doubles, signaling a 1-0 lead for the host Eagles.

At the No. 3 spot, junior Jesse Flores and Kevin Bondar grabbed the sole win for Miami as they defeated Jeffrey Melvin and Kent Mukai, 6-3. Piotr Lomacki and Nile Clark fell to Alexandre Thirouin and Aidan McNulty 6-2. Max Andrews and Bernard Tefel came up shy against Kyle Childree and Hank Workman, as they were defeated 6-4.

“BC was tough. They played very good doubles, but we got off to a good start in singles and got the momentum back,” said head coach Mario Rincon.

With Miami facing a 1-0 shortfall entering singles play, the Canes pulled through with commanding performances from multiple team members.

“All the guys competed great tonight. We started a little slow in doubles but the team responded well and everyone won their first sets to give us some momentum, said assistant coach Mark Dickson. Jesse, Max, and Piotr kept up the pressure and closed out their matches decisively. Fermin was so tough to clinch a close match on fast indoor hard courts for the first time.”