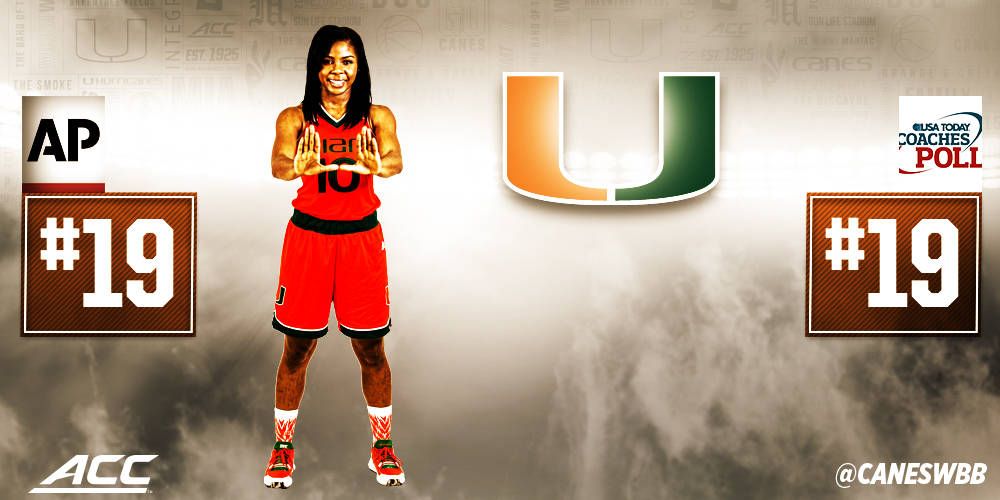 CORAL GABLES, Fla. – The University of Miami women’s basketball team earned a No. 5 seed in the 2016 NCAA Tournament and its national ranking to start play reflects that seed.

The Hurricanes are ranked No. 19 this week in both The Associated Press Poll and the USA TODAY Coaches Poll.

Head coach Katie Meier’s team stayed steady in the Coaches Poll, but did receive four more points in the balloting this week.

Fifth-seeded Miami will begin its fifth NCAA Tournament appearance in six years Saturday at 6:30 p.m. ET against 12th-seeded South Dakota State. The Hurricanes and Jackrabbits will face off on ESPN2 from Maples Pavilion in Stanford, Calif.