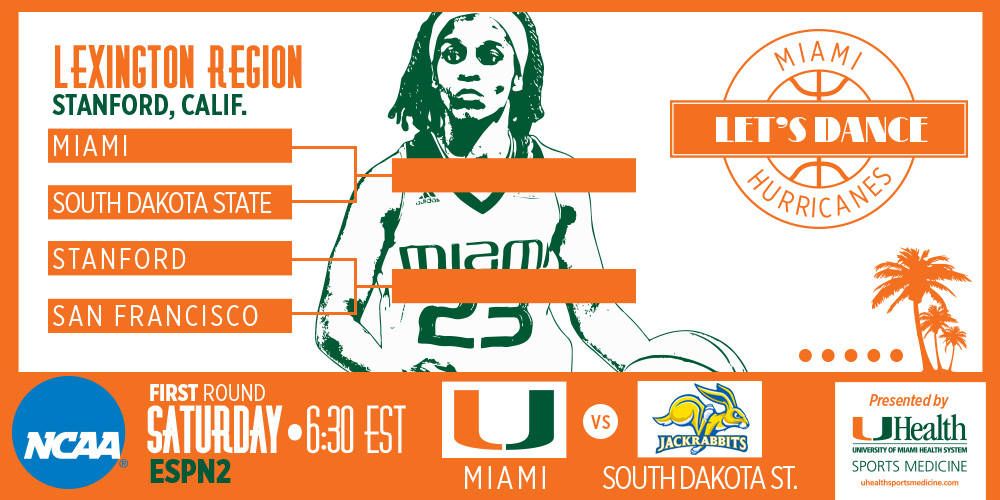 CORAL GABLES, Fla. – For the 11th time in program history and the fifth time in the past six seasons, the University of Miami women’s basketball team is headed to the NCAA Tournament.

This is the seventh-straight postseason berth for head coach Katie Meier and the Hurricanes, more than doubling the previous program record of three, set from 2002 to 2004.

The Hurricanes’ game against the Jackrabbits Saturday evening will be televised live on ESPN2 from Maples Pavilion. The matchup will be the first all-time between the schools.

To keep up with the University of Miami women’s basketball team during its journey through the NCAA Tournament, follow @CanesWBB.