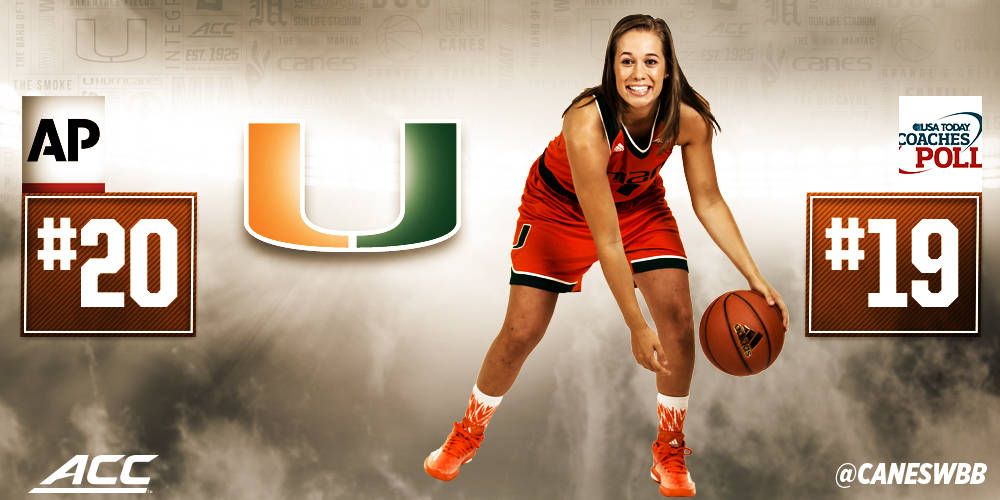 @CanesWBB Returns to Top 20 in Rankings

CORAL GABLES, Fla. – The University of Miami women’s basketball team has moved back into the top 20 of both The Associated Press Poll and the USA TODAY Coaches Poll this week.

In the AP Poll released Monday, the Hurricanes moved up one spot to return to the top 20. Miami had a 44.7 percent increase in its point total, going from 150 last week to 217 this week. Five voters ranked the Hurricanes No. 15 in the nation.

In Tuesday’s release of the Coaches Poll, Miami received 226 points in the voting, a 28.4 percent increase over last week’s edition of the rankings.

The Hurricanes are coming off the first multi-win ACC Tournament appearance in program history. Miami defeated Pittsburgh, 77-55, and followed that by topping then-No. 14/10 Florida State, 74-56, in to reach the semifinals.