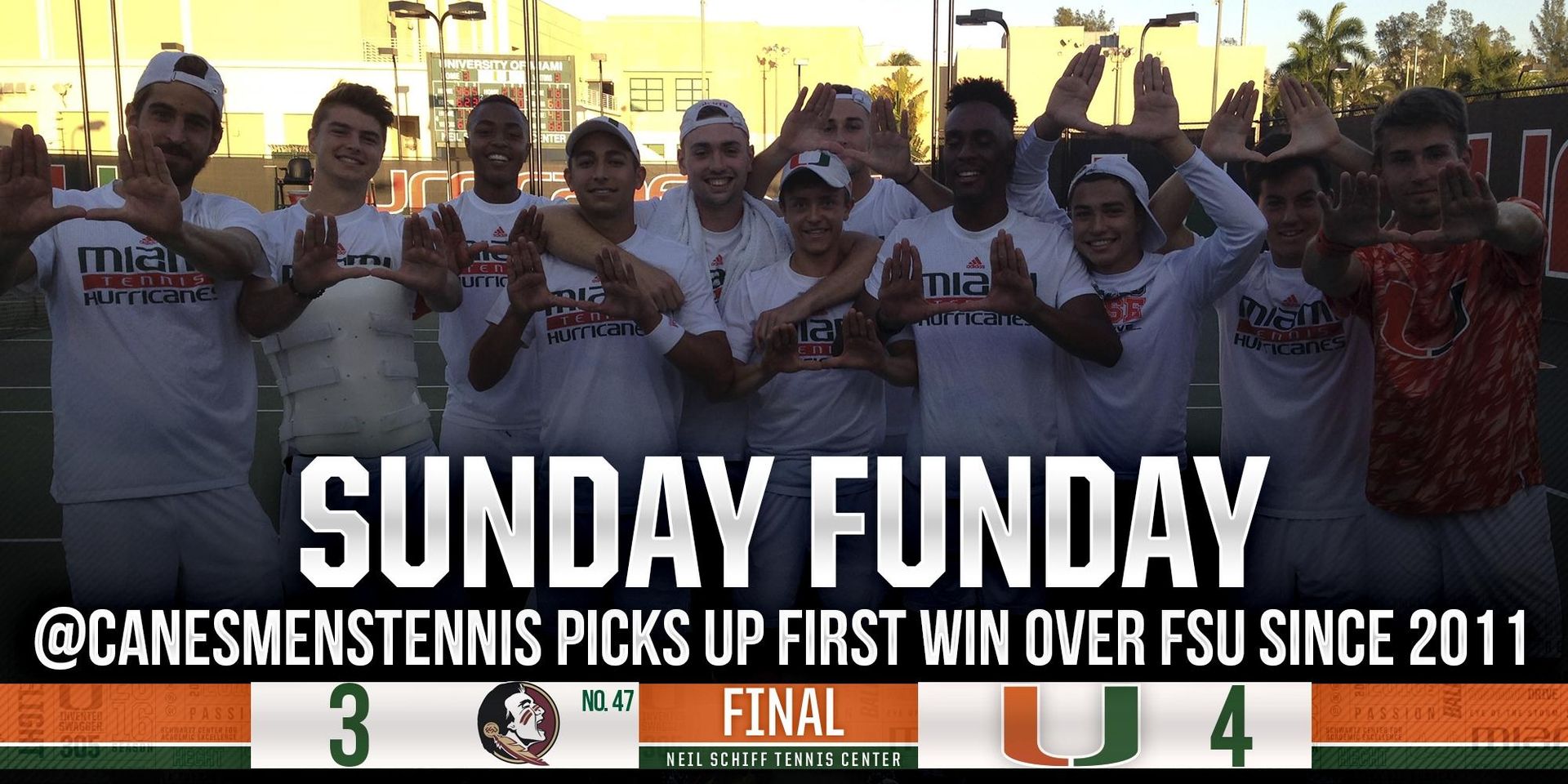 Miami’s win over Florida State was its first since 2011 and served as the Hurricanes’ first win in Atlantic Coast Conference play.

“Obviously, this is a big match for us at home against FSU,” said head coach Mario Rincon. “We play in the best conference in the country and every team in the conference is so good, so its great to have an ACC win already.”

The Hurricanes entered the match in the hopes of rebounding from a heartbreaking 4-3 setback against No. 28 Michigan this past Thursday. With the win, Miami has now won five of its last six matches.

“I’m so proud of the guys and the way they fought, every one of them,” Rincon said.

Miami fell behind early as the Seminoles took a 1-0 advantage after claiming the first two doubles matches. FSU’s Benjamin Lock and Marco Nunez defeated Miami’s tandem of Jesse Flores and Christian Langmo, 6-1. FSU’s duo of Jose Gracia and Terrance Whitehurst followed with a win over Max Andrews and Bernard Tefel from UM.

“FSU played great doubles,” Rincon said. “We just couldn’t hang with them. They made a lot of first serves and they over powered us. They were just too strong and too good for us in the doubles, but it was key for us to regroup.”

Miami did regroup in a big way as it claimed four of the six singles matches. The highlight came when No. 78-ranked Piotr Lomacki from Miami posted a three-set victory over No. 16-ranked Benjamin Lock from Florida State (4-6, 6-2 and 6-3). Lomacki’s win over Lock clinched the match for the Hurricanes.

“These guys have worked so hard for so long,” Rincon said. “We really haven’t been awarded with many wins lately and they deserve this one. I’m so happy for them.”

Miami returns to action on Tuesday, March 8 against Middle Tennessee at Noon inside the Neil Schiff Tennis Center. The match will be aired live on ESPN3.