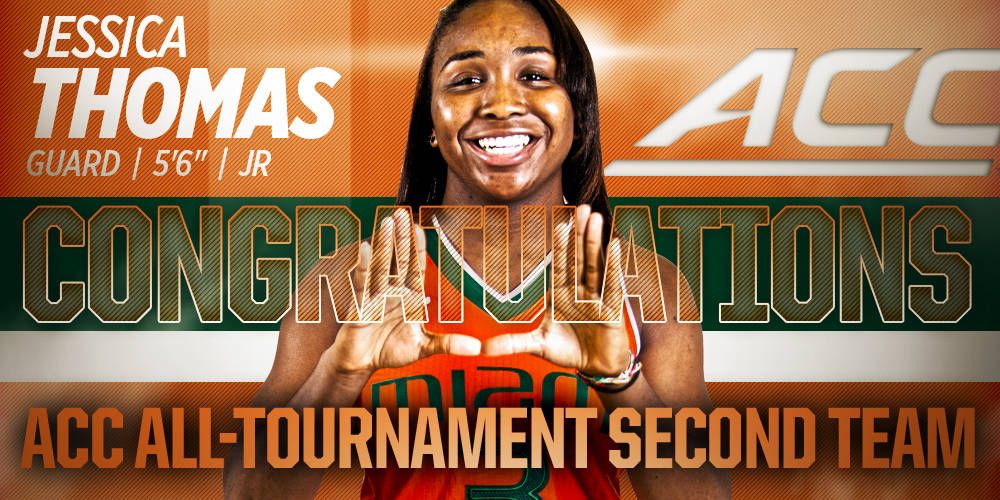 Thomas connected on five 3-pointers in Miami’s 74-56 quarterfinal win against the fourth-seeded Seminoles and then made five more in the semifinals against top-seeded and No. 2/3-ranked Notre Dame. She had never made five shots from long range in a game during her first 94 career outings.

Thomas also tallied five assists in each game, aiding No. 21/21 Miami to its first multi-win ACC Tournament appearance in its 12 years in the ACC.

“I just think my competitive spirit, my will to win and just knowing my teammates and I put in so much work,” Thomas said of why she performs so well in March. “I can’t see anything else but us being on top.”

Thomas is the fifth Hurricane to garner ACC All-Tournament honors and the first since Shawnice Wilson in 2012.