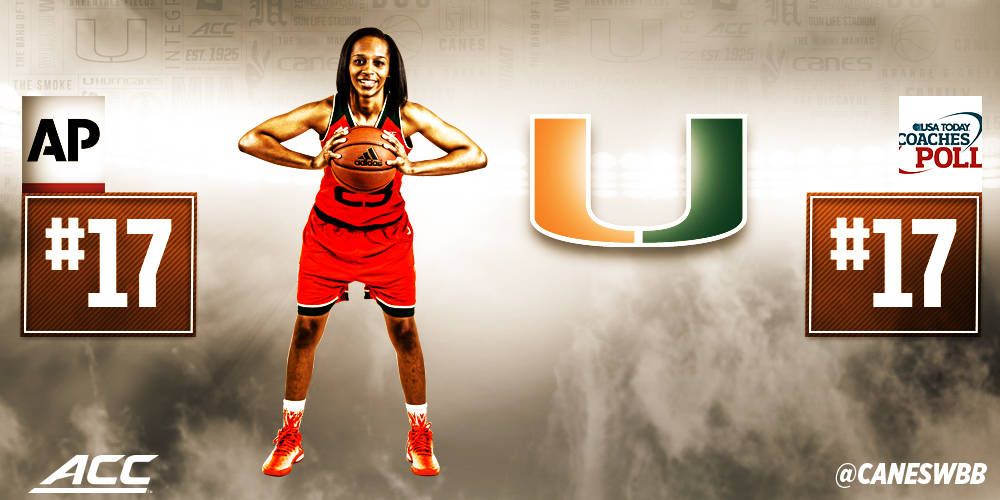 CORAL GABLES, Fla. – The University of Miami women’s basketball team is ranked No. 17 in both The Associated Press Poll and the USA TODAY Coaches Poll this week.

The Hurricanes have now been ranked in the top 20 of both polls for six-consecutive weeks, dating back to the week of Jan. 18. Miami (22-5, 10-4 ACC) won its lone game last week, topping Virginia Tech in overtime, 67-56, Sunday.

Miami moved up one spot in the AP Poll released Monday, marking the second week in a row the Hurricanes have improved their ranking by one spot. Head coach Katie Meier’s team picked up 43 additional points over the Feb. 15 release and peaked at No. 15 in the balloting.

Two of those teams are the final two on the Hurricanes’ 2015-16 regular season schedule: Miami hosts Louisville Thursday at 7 p.m. and plays at Florida State Sunday at 3 p.m. on ESPN2.