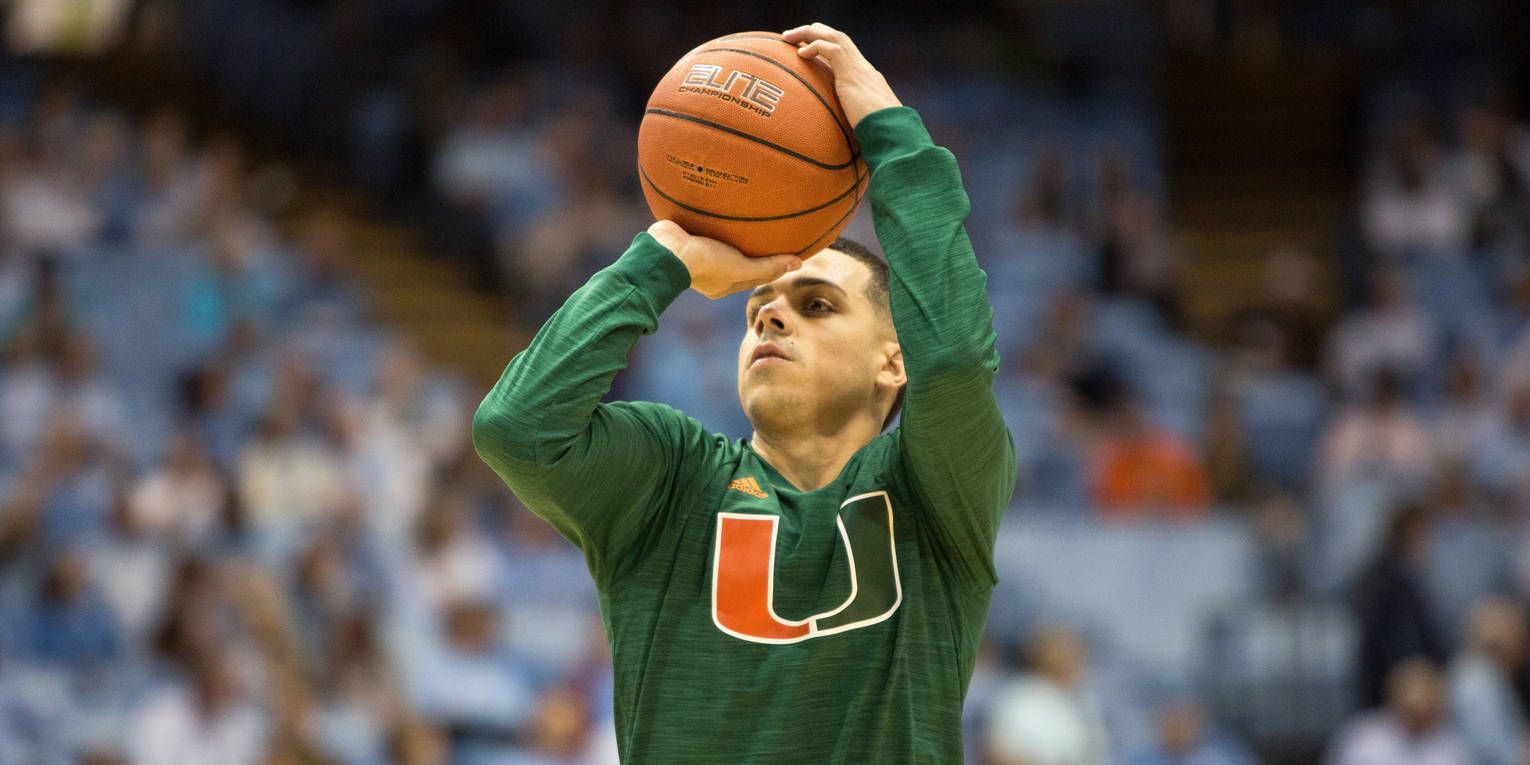 CHAPEL HILL, N.C. (AP) — Miami’s five-game winning streak came to an end Saturday in Chapel Hill at the hands of a North Carolina team responding to their loss to Duke earlier in the week. The Tar Heels turned a tight game into a romp and took sole possession of first place in the ACC with a 96-71 win.

“Well, that’s what happens when one team plays really well and the other doesn’t play well at all,” Miami head coach Jim Larrañaga said. “They had our number from start to finish. We didn’t do anything we planned on doing.”

The matchup of elite ACC teams was close early, but after JaQuan Newton tied the game at 15-all at the 12:07 mark, the Tar Heels responded with a 17-5 run to take command. A nine-point Miami deficit at the half grew quickly as Carolina started the second half on a 10-0 run.

Ivan Cruz Uceda and Angel Rodriguez each had 12 to lead the Hurricanes. It was Rodriguez’s fourth straight game in double figure, shooting 56 percent from the field over that span.
Larrañaga took the opportunity to give his bench extended minutes- 10 players logged double-figure minutes.

Miami has a chance to rebound quickly against another of the ACC’s best when they play Virginia on ESPN’s Big Monday. The Hurricanes and Cavaliers are tied at 10-4 in the standings (along with Louisville, ineligible for postseason play), second to North Carolina atop the conference. The top four teams in the standings earn a double-bye in the ACC tournament.

Miami lost to the first meeting in January, but this time they face the Cavaliers at the BankUnited Center, where the Canes are a perfect 7-0 in ACC play and 13-1 this season. Their only loss at home came almost three months ago to Northeastern on a buzzer beater.

–          Hurricanes senior Angel Rodriguez led the team in scoring for the second straight game. Three days after scoring 14 in a win over Virginia Tech, Rodriguez had 12 points for Miami.

–          With 10 points against the Tar Heels, senior guard Sheldon McClellan had double-digit points for the 14th straight game and for the 23rd time this season. The last contest McClellan did not reach double figures was Dec. 29th against Princeton.

–          Freshman Anthony Lawrence, Jr. had 11 points for the Hurricanes, marking the fifth double-digit point total of his young career and second in the last six games.