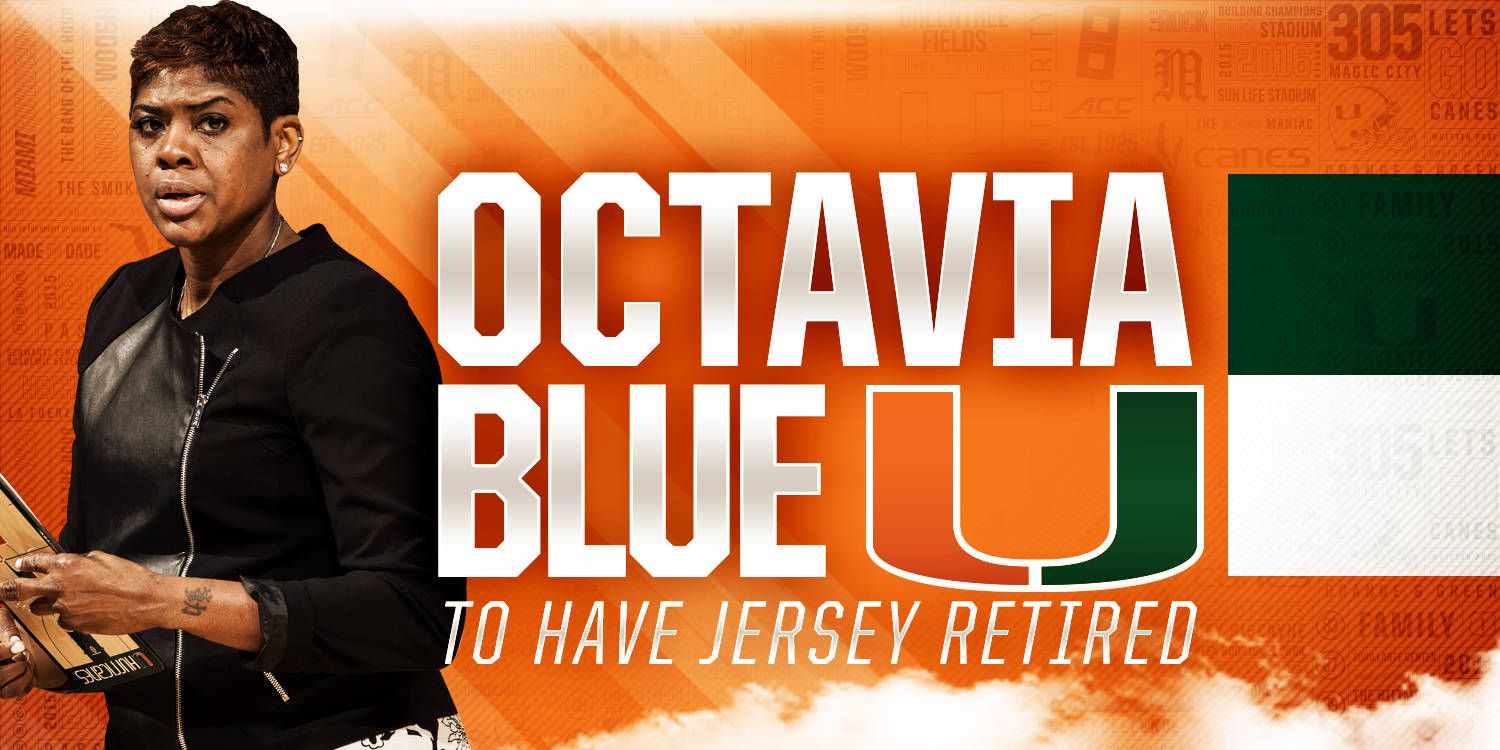 CORAL GABLES, Fla. – The University of Miami women’s basketball team is set to add a fourth jersey banner to the rafters at the BankUnited Center, as Octavia Blue’s No. 10 will be raised at the Hurricanes’ game against Virginia Tech Feb. 21.

Currently an assistant coach for the Hurricanes, Blue played for Miami from 1994-98 and ranks seventh in program history in both scoring (1,724 points) and field goals made (671). She ranked fourth in both categories at the conclusion of her illustrious career.

“As a kid being offered a scholarship to earn a degree and play college basketball at The U, my intentions were to give all I had to a game I love,” Blue said. “I am truly honored and humbled by this amazing recognition.”

Blue was the second of five players in program history to be named a first, second or third team All-American, garnering third team honors from Women’s Basketball News Service as a senior in 1997-98.

A three-time All-BIG EAST selection, Blue earned four conference player of the week awards and was selected to the BIG EAST All-Freshman Team in 1994-95.

In addition to scoring and field goals made, Blue ranks among the top 10 at Miami in four other statistical categories, including eight in free throws made (358) and No. 10 in points per game (15.8).

The single-season 3-point percentage leader (minimum 50 attempts) in program history, Blue shot 45.3 percent beyond the arc in 1997-98. Her 169 made free throws that same season all rank No. 10 all-time.

A three-time team leader at Miami in points per game, Blue also paced the Hurricanes once each in rebounding, field goal percentage, blocked shots and minutes played.

Blue helped the Hurricanes increase their win total in each of her four seasons, culminating with the fourth NCAA Tournament appearance in Miami history in 1998. She became the first WNBA player in program history when the Los Angeles Sparks selected her No. 15 overall in the 1998 draft.

A graduate of Nova High School, Blue was inducted into the UM Sports Hall of Fame in 2008. She will join Tamara James, Maria Rivera and Frances Savage as Hurricanes with retired/honored jerseys.