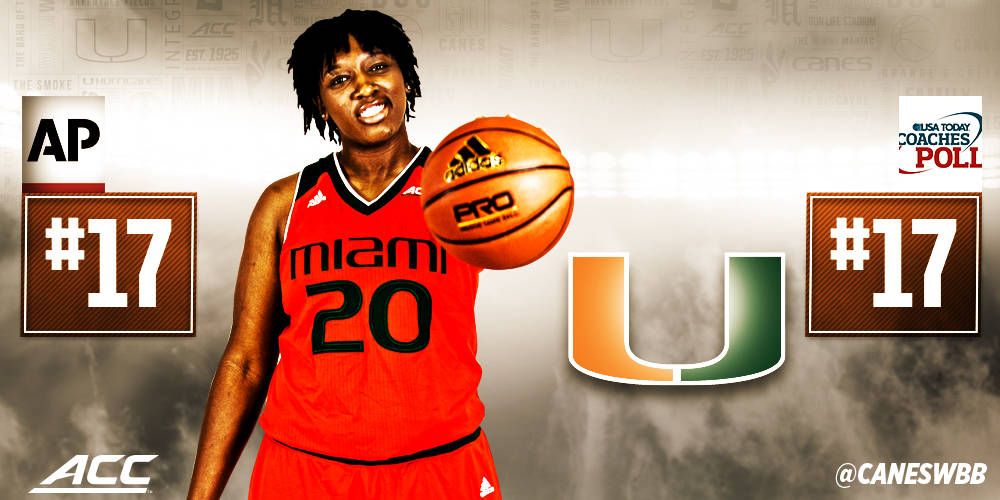 @CanesWBB Ranked No. 17 in Both Major Polls

CORAL GABLES, Fla. – The University of Miami women’s basketball team holds the No. 17 position in both The Associated Press Poll and the USA TODAY Coaches Poll this week.

In the AP Poll released Monday, Miami (17-3, 5-2 ACC) lost just 27 points in the balloting and still earned 240. The Hurricanes garnered four top-15 votes, including two from voters who placed Miami at No. 13 in the nation.

With its 17-3 mark, Miami has tied the third-best 20-game start in program history and is tied for sixth in Division I in victories. This is the third time in the last six seasons Katie Meier has directed to Miami to at least 17 wins in its first 20 outings.

The Hurricanes will be back in action Thursday at 7 p.m. when they face Virginia Tech at Cassell Coliseum in Blacksburg, Va.