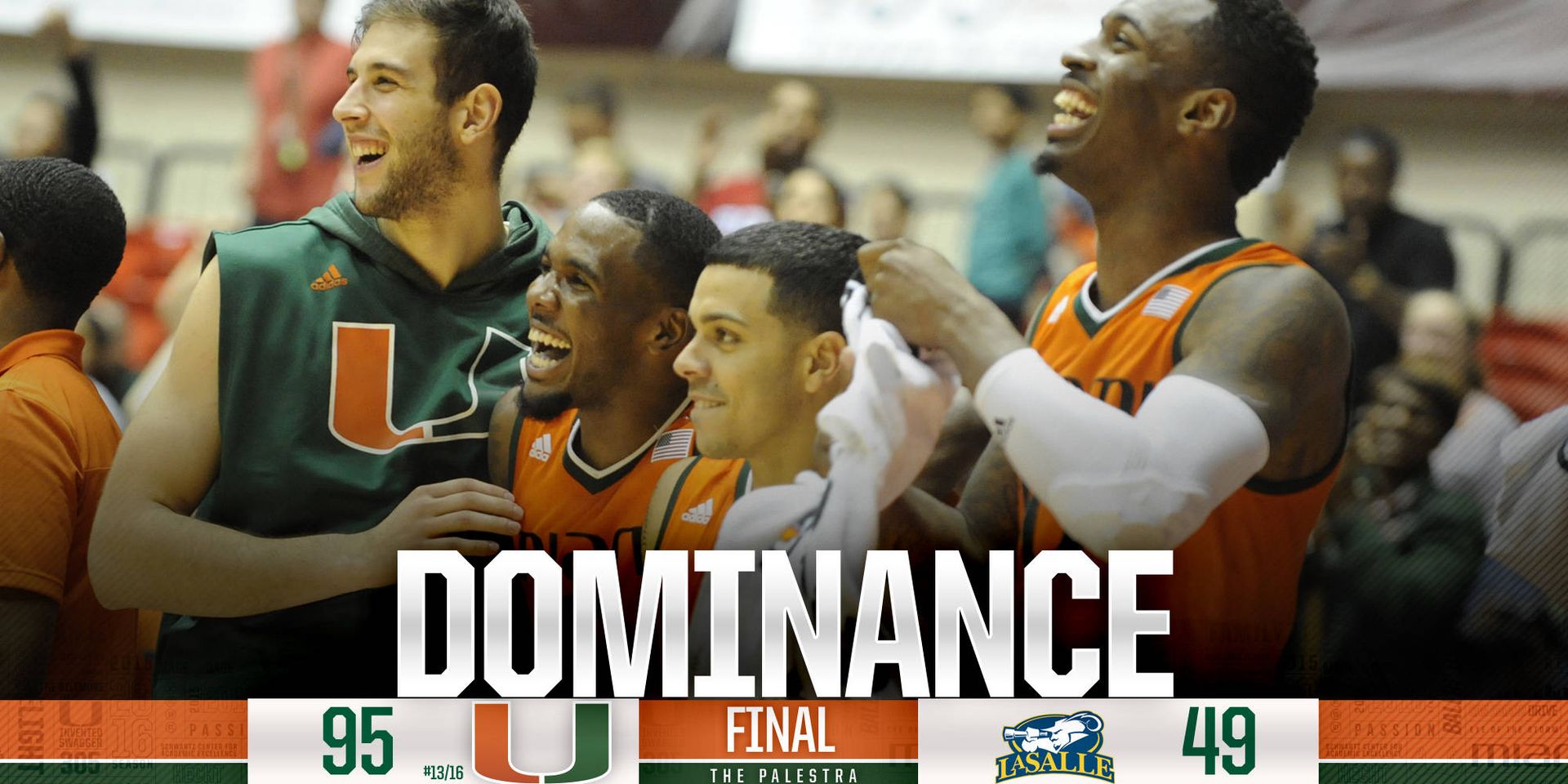 PHILADELPHIA (AP) – Ivan Cruz Uceda scored 20 points and Tonye Jekiri had 10 points and 14 rebounds to lead No. 13 Miami to a 95-49 win over La Salle on Tuesday night.

The Explorers suffered their worst loss in a program that started in the 1931-32 season.

The Hurricanes (10-1) won their fifth straight game and blew open the game with a 27-9 run in the first 10 minutes of the second half.

He has one more reason to celebrate in Philadelphia.

Miami never flinched on the road and made short work of a La Salle team in a transition season under coach John Giannini.

Uceda hit a 3 for a 20-11 lead and McClellan’s 3 attempt bounced high off the rim and plopped through the net to make it 27-15. McClellan opened the second half with a 3-pointer and the rout was on for the Hurricanes. Uceda hit four 3s.

Trying or not, the Hurricanes did, humbling the Explorers three seasons after they reached the Sweet 16.

Miami hit 53.1 percent (34-64) from the field against La Salle, the eighth game the Canes have shot better than 50 percent from the field.

UM held La Salle to 29.8 percent (17-57) shooting from the field, the lowest shooting percentage by an opponent this season.

The Canes tallied 50 points in the paint, tying the season-best against Northeastern.

The Canes’ 17 assists were the fourth time this season with 17-or-more dimes.

Senior Tonye Jekiri tallied his third double-double of the season and 14th of his career, posting 14 rebounds and 10 points.

Junior Kamari Murphy grabbed 10 rebounds against the Explorers, the most of his Miami career, topping his previous best of seven against Charlotte Dec. 5.

Senior Sheldon McClellan dished out a career-best six assists, one more than his previous high of five against Charlotte, Dec. 5.

Miami is now 7-9 against La Salle, and 1-6 in the Palestra against the Explorers.