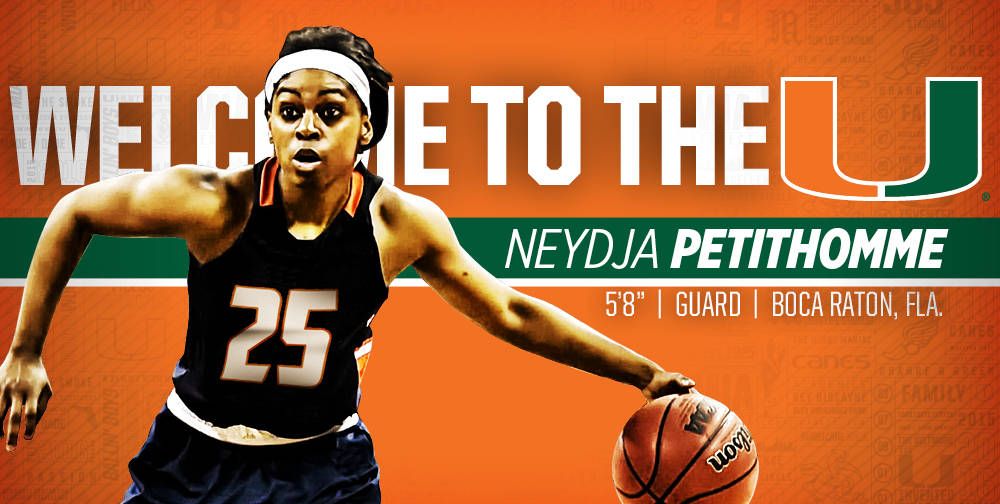 A 5-foot-8-inch guard, Petithomme led the Tigers in assists as a freshman in 2014-15. She will join the Hurricanes for the upcoming spring semester and will be sitting out the remainder of this season and the first semester of next season, in accordance with NCAA transfer rules.

“We are excited to add another aggressive, attacking guard to our Hurricane family,” Meier said. “Neydja’s success and experience in SEC play will help her have an immediate impact in this program.”

Petithomme played in all 31 games during her freshman campaign at Auburn and started each of the final 16 contests of the year. She averaged 5.5 points and 2.1 rebounds per game, to go along with her team-high 3.2 assists an outing.

Petithomme also finished third on the team with 38 steals last season, while playing 22.0 minutes per game, helping the Tigers to a 19-win season. The backcourt standout scored in double figures five times in her lone season at Auburn, including posting 10 points against then-top-ranked South Carolina.

A native of nearby Boca Raton, Fla., Petithomme is a graduate of Grandview Prep. She recorded over 1,800 points in her high school career and was the Miss Florida Basketball runner-up as a junior in 2013.

Also during her junior season, Petithomme was the Palm Beach Post Small Schools Player of the Year and the FACA Player of the Year. She led Grandview Prep to a state title as a senior and was named MVP of the state championship game.

“Neydja is a south Florida success story who comes from an amazing family,” Meier said. “We look forward to welcoming her back to the area and having her join our team.”

By NCAA rules, Petithomme will be able to return to game action as a Hurricane after final exams in December of 2016.