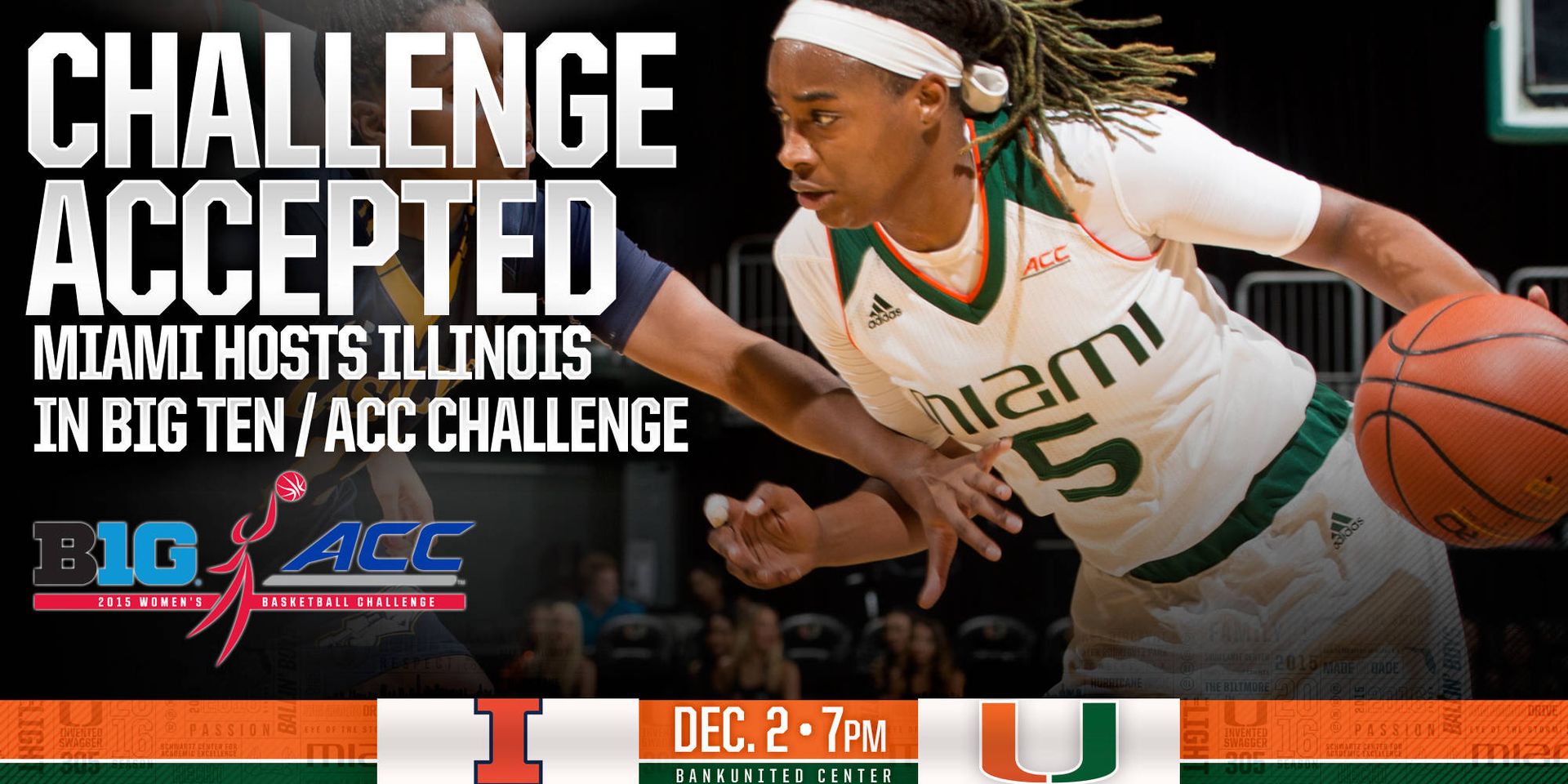 The Game
Miami, receiving votes in both the AP Poll and USA TODAY Coaches Poll, will face Illinois in the ninth Big Ten/ACC Challenge Wednesday night. The Hurricanes and Fighting Illini are set to square off at 7 p.m. at the BankUnited Center. Tickets are $5, with youth 12-and-under admitted free of charge.

The Series
Illinois has a 2-0 edge in the all-time series against the Hurricanes, including an 85-83 road win in the most recent meeting on Dec. 30, 1987.

Meier has guided Miami to 53 victories in ACC play over the past five seasons, the second-most of any team in the conference. The 2010-11 AP National Coach of the Year  is in her 15th season as a head coach, spending the first four at Charlotte, and owns a career record of 266-179, including 190-134 at Miami.

The Opponent
Led by sophomore center Chatrice White’s 20.3 points and 9.0 rebounds per game, the Fighting Illini enter the game at 4-0 on the season. Illinois posted a 15-16 mark last year, including a 6-12 record in B1G play.

Last Time Out
The Hurricanes used a 30-point second quarter to roll to an 86-58 victory against La Salle Sunday to cap the Miami Thanksgiving Classic. Motley surpassed 1,000 career points in the win and was one of five Hurricanes to score in double figures. Woods led the way with 17, Motley had 14 and Davenport, Hof and Thomas each added 12. Miami had a 40-18 edge in points off turnovers in the win.

Up Next
Miami will take on Coppin State Friday, Dec. 4 at the BankUnited Center, with the game scheduled for 7 p.m.