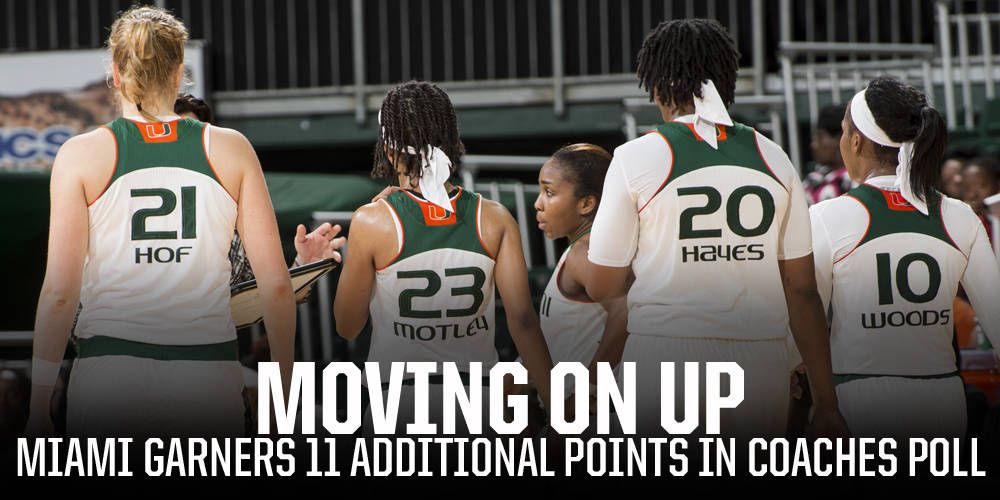 CORAL GABLES, Fla. – As has been the case since this preseason, the University of Miami women’s basketball team is receiving votes in the both The Associated Press Poll and the USA TODAY Coaches Poll.

The Hurricanes went from earning six points in the Coaches Poll last week to 21 this week, giving them the sixth-most among the teams receiving votes outside the top 25. Eight teams in the ACC tallied at least seven points in the voting.

Miami is 5-0 on the season for the fifth time in school history and has won three-straight road games, topping Old Dominion, Loyola Chicago and Charlotte. This is the seventh time ever the Hurricanes have won their first three away contests of a season.

After concluding their three-game road swing, Miami will be back in action at the BankUnited Center on Thanksgiving weekend in the Miami Thanksgiving Classic. The Hurricanes host Milwaukee Friday at 1 p.m. and La Salle Sunday at 1 p.m.