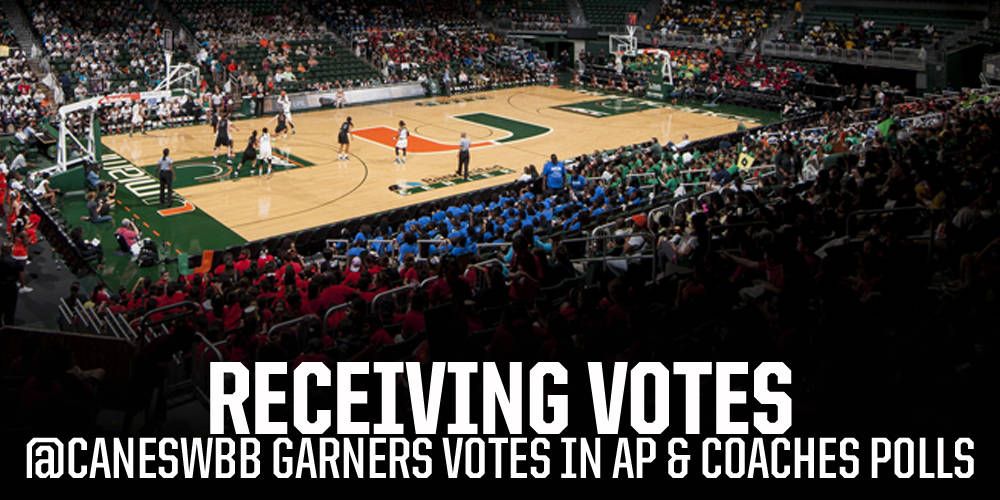 CORAL GABLES, Fla. – Following a 2-0 week to open the 2015-16 season, the University of Miami women’s basketball team continues to receive votes in both The Associated Press Poll and the USA TODAY Coaches Poll.

The Hurricanes moved up two places in the USA TODAY Coaches Poll from where they were in the preseason release. Meanwhile, in the AP Poll, just 39 teams in the nation received even one point in the voting.

Miami opened the season with an 80-67 victory over Wright State and then downed Bethune-Cookman, 55-47. This is the third time in the last nine seasons the Hurricanes have won each of their first two games of the season.

The Hurricanes return to the court Tuesday night when they face the Old Dominion Monarchs in Norfolk, Va. The contest, which will serve as Miami’s road opener, is set for 7 p.m. at the Ted Constant Center and will be broadcast live on WVUM.org.