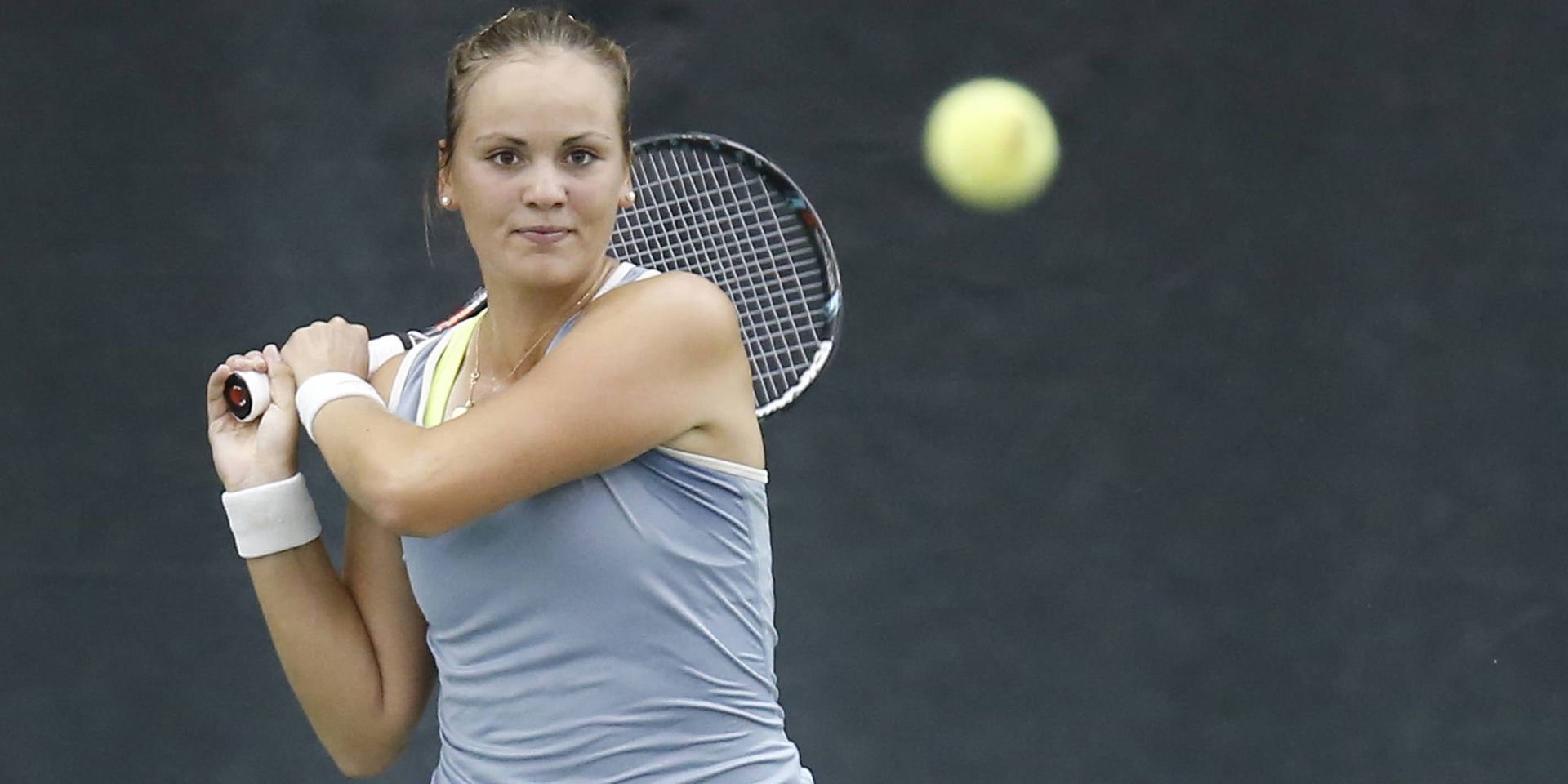 FLUSHING, N.Y. – After reaching the semifinals of the USTA/ITA National Indoor Intercollegiate Championships (NIIC) for the second year in a row, senior Stephanie Wagner had her run come to an end Saturday.

“Steffi struggled today with putting a complete match together and recognizing the way she was winning point,” Miami associate head coach Laura Vallverdu said. “I am so proud of her and the way she was able to turn her fall around—unbelievable fight after [Riviera/ITA Women’s All-American Championships] in California. I can’t wait to keep improving by her side.”

Di Lorenzo, the top-ranked player on the ITA freshman/newcomer list, grabbed 4-1 lead in the first set, but then Wagner began to storm back. She won three of the next four games to cut the deficit to one and then staved off a set point to make it 40-all, down 4-5.

However, on her second set point, Di Lorenzo was able to close it out, winning the set 6-4 after taking four games that went to a deciding point at the USTA Billie Jean King National Tennis Center.

Wagner, who beat two players ranked in the top seven in the country Friday, went ahead 2-1 early in the second set. The Buckeye freshman then went up by a game before Wagner evened it at three apiece.

From there, Di Lorenzo took back-to-back games to gain a 5-3 edge in the match, which was broadcast live on ESPN3. Wagner held serve to pull within one for the second-straight set, but again Di Lorenzo managed to hold strong and took the 6-4, 6-4 victory.

Di Lorenzo will face No. 11 Joana Eidukonyte of Clemson in the final, meaning both players Miami’s NIIC participants lost to went on to reach the championship. No. 13 Sinead Lohan fell 6-7 (5-7), 1-6 to Eidukonyte in the round of 16.

At least one Hurricane made the final in five of the six tournament-style events the team competed in and Miami was represented in the semifinals of all six.

To keep up with the University of Miami women’s tennis team as it readies for the 2016 spring season, follow @CanesWTennis.