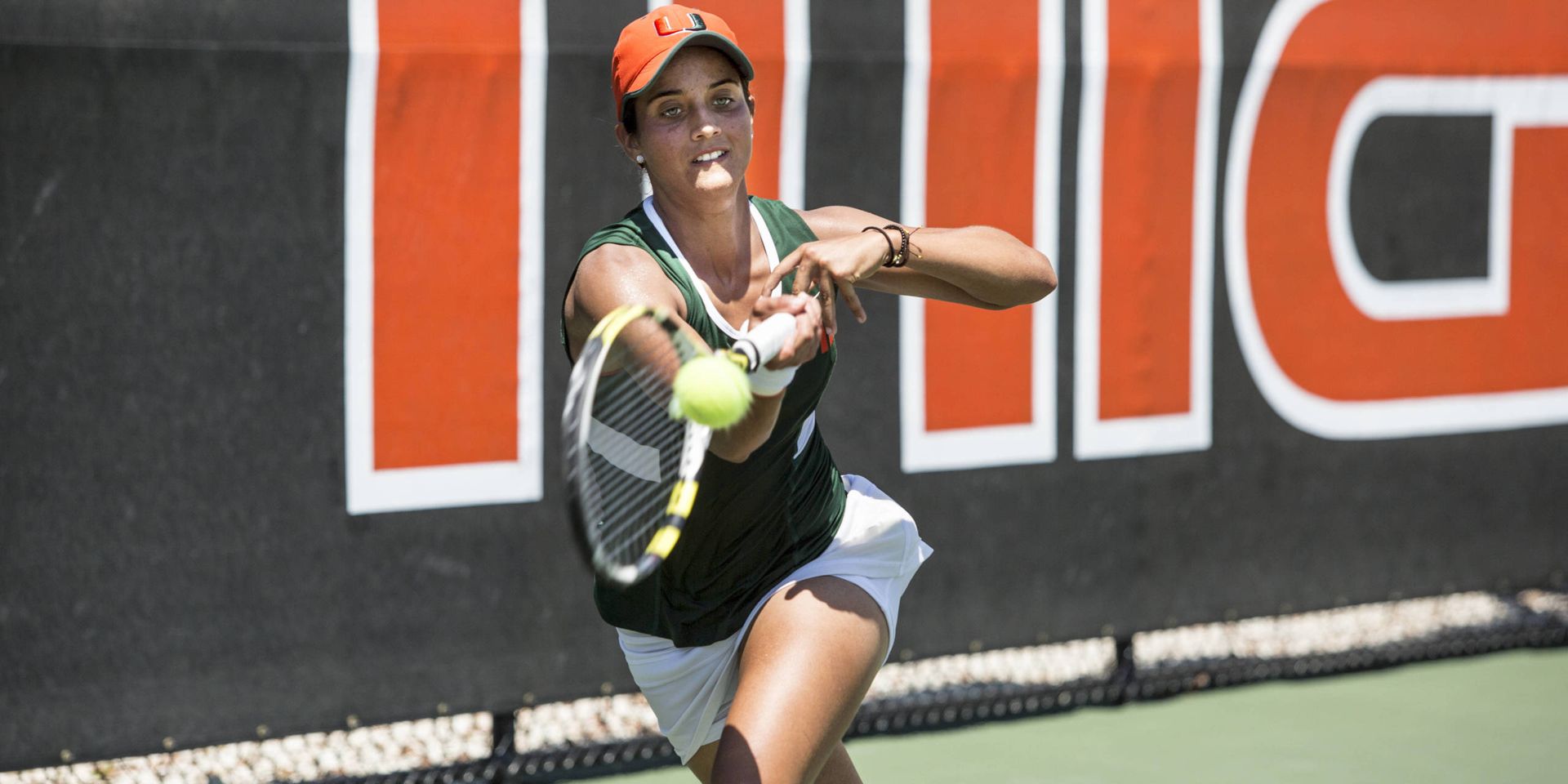 PACIFIC PALISADES, Calif. – The University of Miami women’s tennis team began play at the Riviera/ITA Women’s All-American Championships Tuesday with a pair of Hurricanes participating in the qualifying draw.

Senior Clementina Riobueno and sophomore Wendy Zhang each played two matches at the Riviera Tennis Club, both dropping the first and winning the second.

Riobueno then faced No. 75 Lucia Butkovska of Portland in the back draw and came away with a victory in straight sets, 6-4, 6-1, for her first defeat of a ranked opponent this fall.

Both Riobueno and Zhang will have one more match in the Golden State before returning to Coral Gables, Fla. Each of them will play at 4:30 p.m. ET Wednesday, with their opponents yet to be determined.

For more information on the University of Miami women’s tennis program, follow @HurricaneTennis.