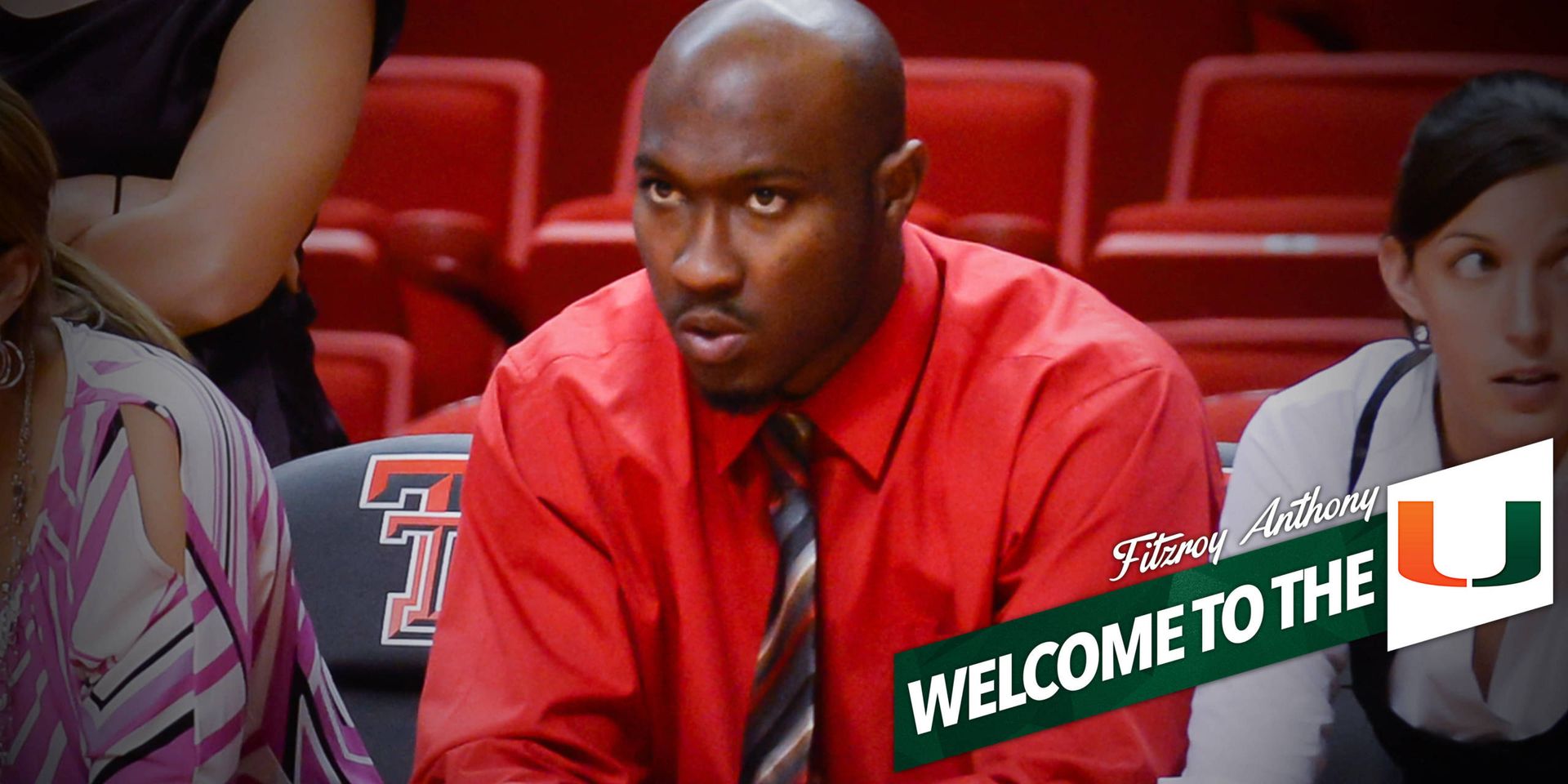 Anthony has been at Florida Atlantic for the past three seasons and helped the Owls make the move from the Sun Belt to Conference USA in his second year with the program.

“I would like to thank Florida Atlantic and coach Kellie Lewis-Jay for the great memories. I appreciate all the relationships I built during my time at FAU and I wish the team nothing but the best,” Anthony said. “I am extremely humbled and grateful that coach Meier has selected me for this coaching position. Working for the University of Miami has always been a dream for me, being a South Florida guy. I look forward to representing the University, contributing in any capacity needed and working with a first class program.”

During his three years at FAU, Anthony primarily worked with the team’s guards, and did so with great success. This past season, the Owls had one backcourt player named First Team All-Conference USA and another selected to the league’s All-Freshman Team.

In Anthony’s second season at FAU, he aided in guiding the Owls to their second winning season since 2005-06 and their second-most wins during that stretch.

“Fitz is a rising star in this profession. He works hard, is extremely loyal and has a passion for the game that is unmatched,” Meier said. “His energy and work ethic will make an immediate impact on this program. Our players are going to love being in the gym with him.”

Anthony directed the Panthers to their first ever regional and district championships in 2012, as well as their first berth in the Final Four of the state tournament. Four of players he coaches at Coral Springs Charter School went on to play Division I basketball.

“Fitz will help us make huge strides in recruiting, as he has worked he way up the ranks in Florida via both the high school and AAU levels,” Meier said. “Most importantly, Fitz has always wanted to be a Miami Hurricane.”

Born in Antigua, Anthony moved to Boca Raton, Fla. at age 12. He played basketball at Olympic Heights High School and then at Palm Beach Atlantic University, where he graduated in 2008 with a Bachelor of Science in Education.

Anthony is the second assistant coach to join the Miami staff this month, after 19-year coaching veteran Tia Jackson was hired May 7.

“I think this staff is just plain awesome,” Meier said.