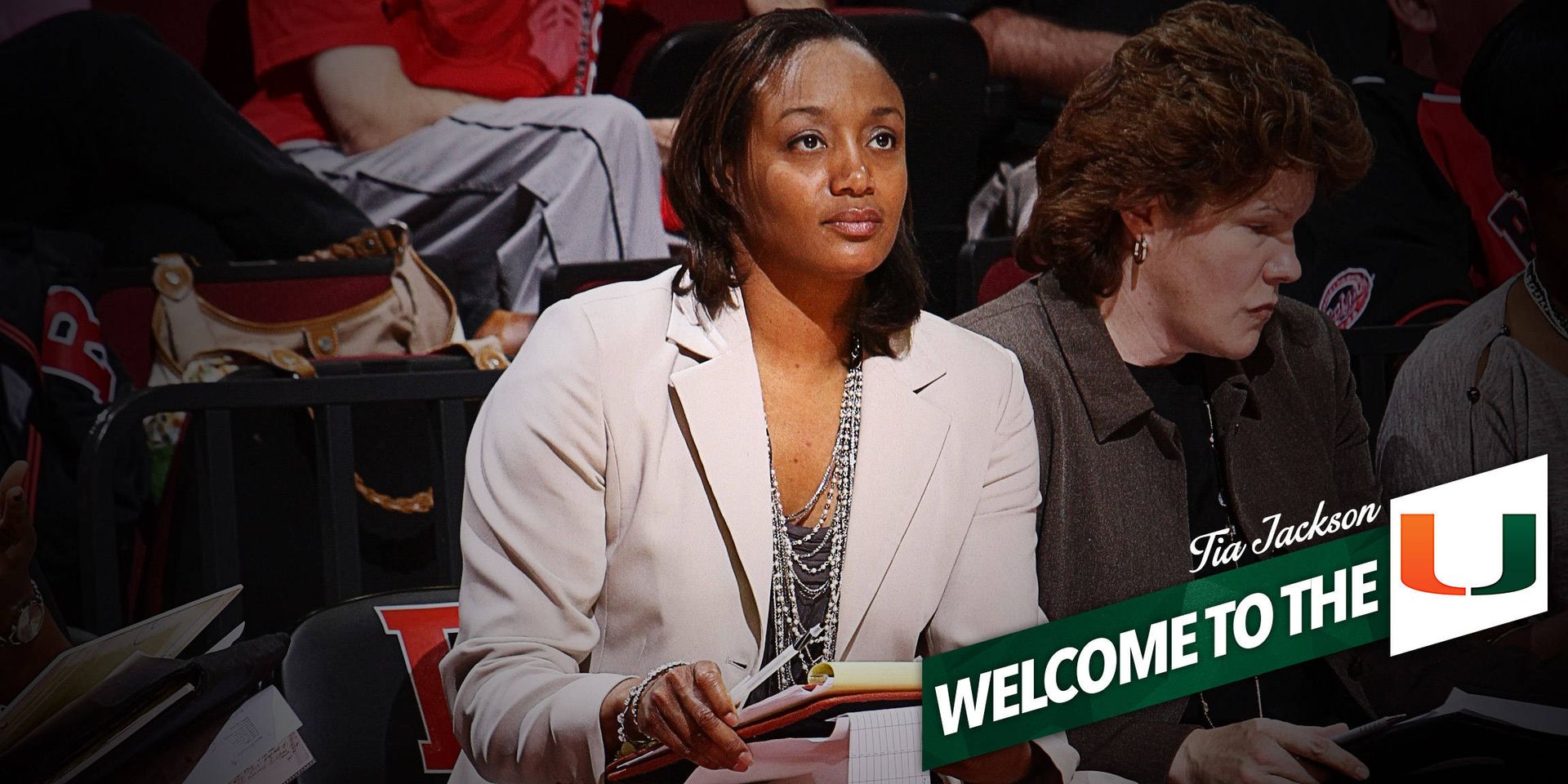 A 19-year coaching veteran with four years of head coaching experience, Jackson comes to Miami after spending the past four seasons as an assistant under Hall of Fame coach C. Vivian Stringer at Rutgers.

“Let me first thank Coach Stringer and Rutgers University for the awesome opportunity there,” Jackson said. “This was not the easiest decision, as Coach Stringer has played such a vital part in my life as my college coach and mentor.

“This is an amazing opportunity to be a part of the UM family in what is considered one of the nation’s most competitive conferences.  The environment has an exciting and contagious buzz that is incomparable.  To be able to serve in a capacity with such an extraordinary group of individuals is a godsend.”

Jackson takes over the spot vacated by Darrick Gibbs, who left Miami after 10 years as an assistant to take the head coaching position at North Florida.

“With the departure of Coach Gibbs, I knew I needed to replace a tremendous amount of experience, and a very special person,” Meier said. “Our players and staff are family, and I’m so excited we were able to find such a quality person and coach in Tia Jackson. This is a great day for The U family.”

After the 2011 season, Jackson joined the Rutgers coaching staff and helped guide the Scarlet Knights to a trio of postseason appearances, including two trips to the NCAA Tournament. This past season, Rutgers advanced to the second round for the first time since 2011.

“Tia is an incredibly significant hire for me personally and for this program,” Meier said. “We have positioned Miami as one of the nation’s elite basketball programs and hiring Tia pushes us over the top. She’s a tremendous recruiter, terrific with her X’s and O’s, and brings head coaching experience that will enhance our program.”

Jackson began her coaching career as an assistant at VCU just one year after graduating from college. She worked for the Rams from 1996-1999.

After her three seasons in Richmond, Va., Jackson spent one year as an assistant coach at Stanford, working under another Hall of Fame coach, Tara VanDerveer, at one of the nation’s most tradition-rich programs.

After five seasons at UCLA, Jackson went to Duke, where she worked an assistant coach and recruiting coordinator from 2005-07. In both of her years in Durham, N.C., Jackson helped the Blue Devils sign top-five recruiting classes featuring a quartet of McDonald’s All-Americans.

Duke made it all the way to the NCAA Championship for the second time program history in Jackson’s first year on staff, and then reached the Sweet 16 the following season. She will now be returning to the ACC eight years later.

“I have known Kate for over a decade now, and respect all that she has done and continues to do for young aspiring women,” Jackson said. “How she breathes life into everyone around her is nothing short of admirable.  I am honored to be joining such a dynamic family, and want to give a major thank you to Kate and the Miami Hurricanes.”

Originally from Salisbury, Md., Jackson scored 3,108 points in her career at Mardela Springs High School, before moving on to play for Stringer at Iowa.

“As with every hire, we try to find the best person who will also be a great fit for this university,” Meier said. “I’ve known and admired Tia for years and her resume is outstanding, but this hire was all about the players. Tia will be a great sounding board and a great advisor, in addition to bringing a depth of basketball knowledge.”