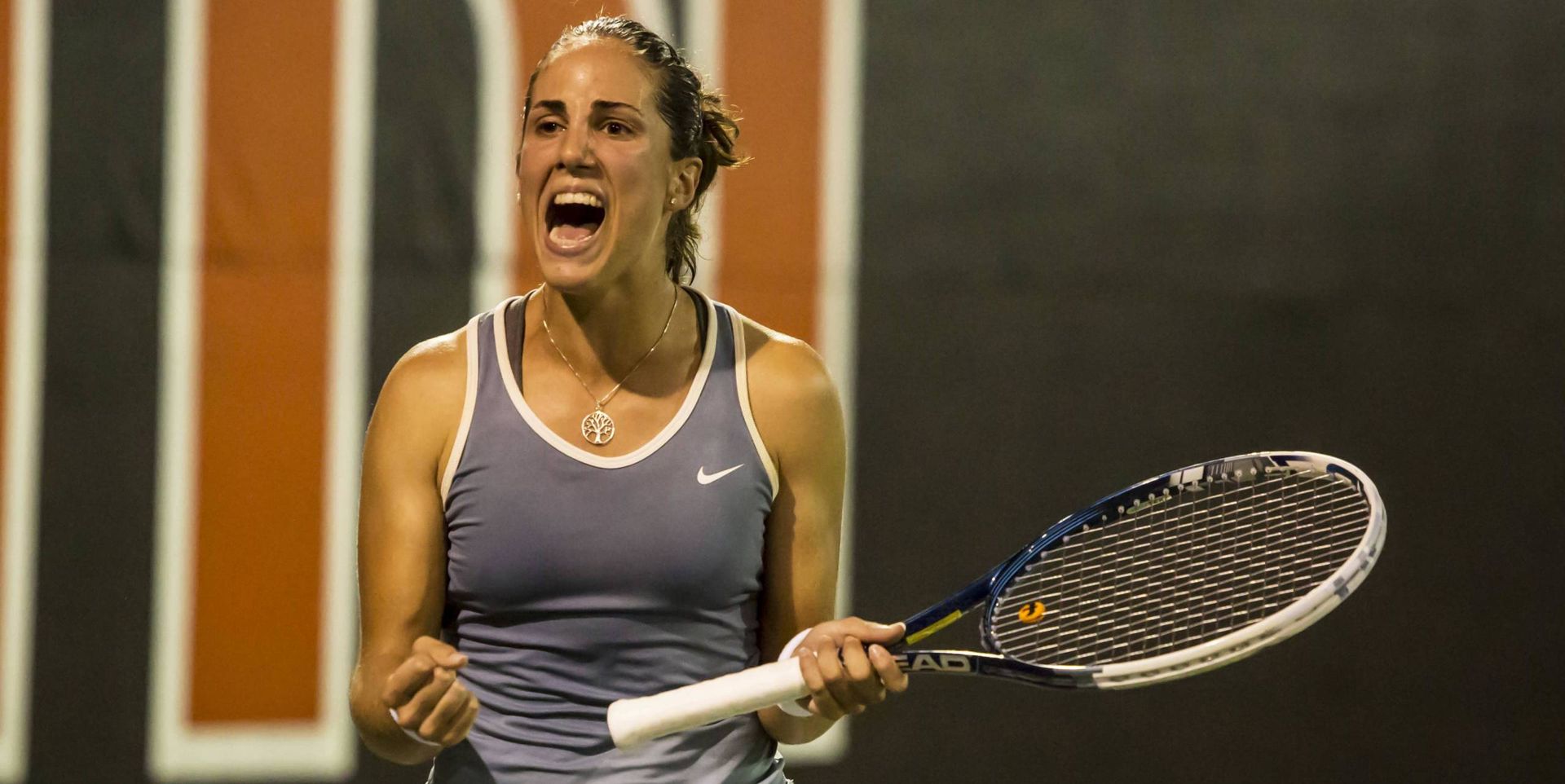 The 16th-ranked Hurricanes dropped the doubles point and trailed early in all six singles matches, but displayed impressive resiliency to knock off the 70th-ranked Seminoles.

The match featuring freshman Silvia Fuentes and junior Stephanie Wagner against No. 54 Emily Fanning and Gabriella Castaneda was left unfinished with the score even at seven.

“For one and three to start off slow [in doubles] was a little disappointing,” Yaroshuk-Tews said, “but it happens and we’ve just got to make sure that we get it out of our system and hopefully it doesn’t happen moving forward in some bigger [postseason] matches.”

Miami (15-5, 11-2 ACC) got off to a rough start in singles play, trailing early in each match. Freshmen Sinead Lohan and Fuentes both regrouped to win their first sets easily, but the other four were much tighter.

Albuquerque dropped set one 6-4, Wagner and Riobueno both trailed 5-3, and Lileikite went to a tiebreaker after leading 5-3. However, that is when the match began to turn.

Albuquerque dominated the second set for a 6-0 win, Wagner won four straight games for a 7-5 victory, Riobueno fell in a tiebreaker after an impressive battle, and Lileikite won a lengthy tiebreaker.

“That was huge,” Yarohsuk-Tews said of the match seemingly heading in Miami’s direction at that point. “Especially when our focus out of the gates was to try to get out to big leads early in singles because we knew we had to kind of smash their momentum a little bit.”

After that, the Hurricanes cruised to victory. Fuentes won nine straight games for a 6-2, 6-0 victory over Daniela Schippers and then No. 38 Lohan knocked off No. 119 Cartwright, 6-3, 6-4 to put Miami in front.

Just minutes after the freshmen gave Miami the lead, Albuquerque made it 3-1 in favor of the Hurricanes by closing out Vriens for a 4-6, 6-0, 6-1 win. The Porto Alegre, Brazil native won 12 of the final 13 games to keep her perfect ACC singles record the past two seasons intact and up it to 23-0.

It was Wagner, ranked eighth, who clinched it for Miami, sealing the deal with a beautiful service ace to give the Hurricanes their 11th ACC win of the season. She defeated No. 80 Borthwick, 7-5, 6-3.

“Happy with the way the girls fought in singles. We played well at one, we played well at two,” Yaroshuk-Tews said. “We weren’t sure if Sinead was even going to play the match, she wasn’t feeling well. She just was unbelievable at two and [she was] followed by the rest of them . . . FSU is a great team. You can’t take them lightly, those girls can play and they’ve got a lot of fire and a lot of heart and we knew that coming into the match.”

With the win, the Hurricanes clinched at least a share of second place in the ACC and locked up the two seed in next week’s ACC Tournament in Cary, N.C.

Miami will have a quick turnaround for its final regular season match of the season, as it faces Pittsburgh Sunday at 11:00 a.m. at the Neil Schiff Tennis Center. It will be Senior Day for Albuquerque and Lileikite, and live stats will be available HERE.

To keep up with the match on Twitter, as well as learn more about University of Miami women’s tennis, follow @HurricaneTennis.