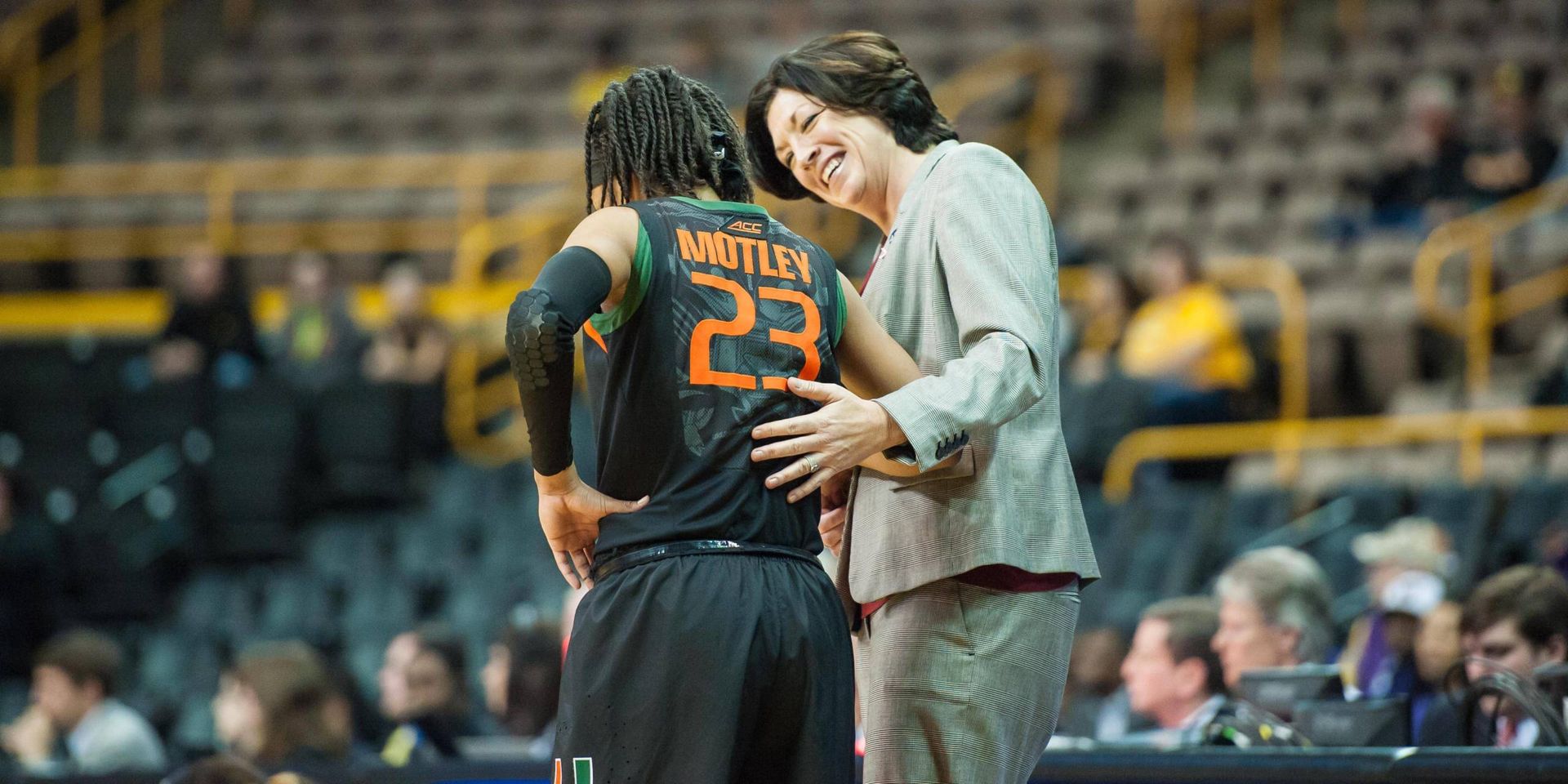 CORAL GABLES, Fla. – The University of Miami women’s basketball team was listed in the receiving votes category of the final USA Today Coaches Poll of the 2014-15 season.

The Hurricanes garnered multiple points and this marked the sixth time this season they received votes in the Coaches Poll. The team was previously listed Feb. 24, Feb. 17, Jan. 27, Jan. 20, and Jan. 13.

Miami (20-13, 8-8 ACC) made its fourth trip to the NCAA Tournament in the last five seasons and received an 11-seed in the Oklahoma City Region. The Hurricanes knocked off sixth-seeded Washington, 86-80, in the first round in Iowa City, Iowa.

The win over the Huskies made Katie Meier the first head coach in program history to guide Miami to NCAA Tournament victories in three different seasons.

The Hurricanes advanced to the postseason for the sixth consecutive season, doubling the previous longest streak in team history. Miami also won 20-plus games for the fifth time in the last six seasons.

Katie Meier will have three seniors depart, but 10 players still have eligibility for the Hurricanes.

Miami will celebrate its 2014-15 season at the Women’s Basketball Banquet April 16. Tickets are available for purchase and cost $60 for adults and $45 for children 12-and-under. The registration form and more information can be found HERE.