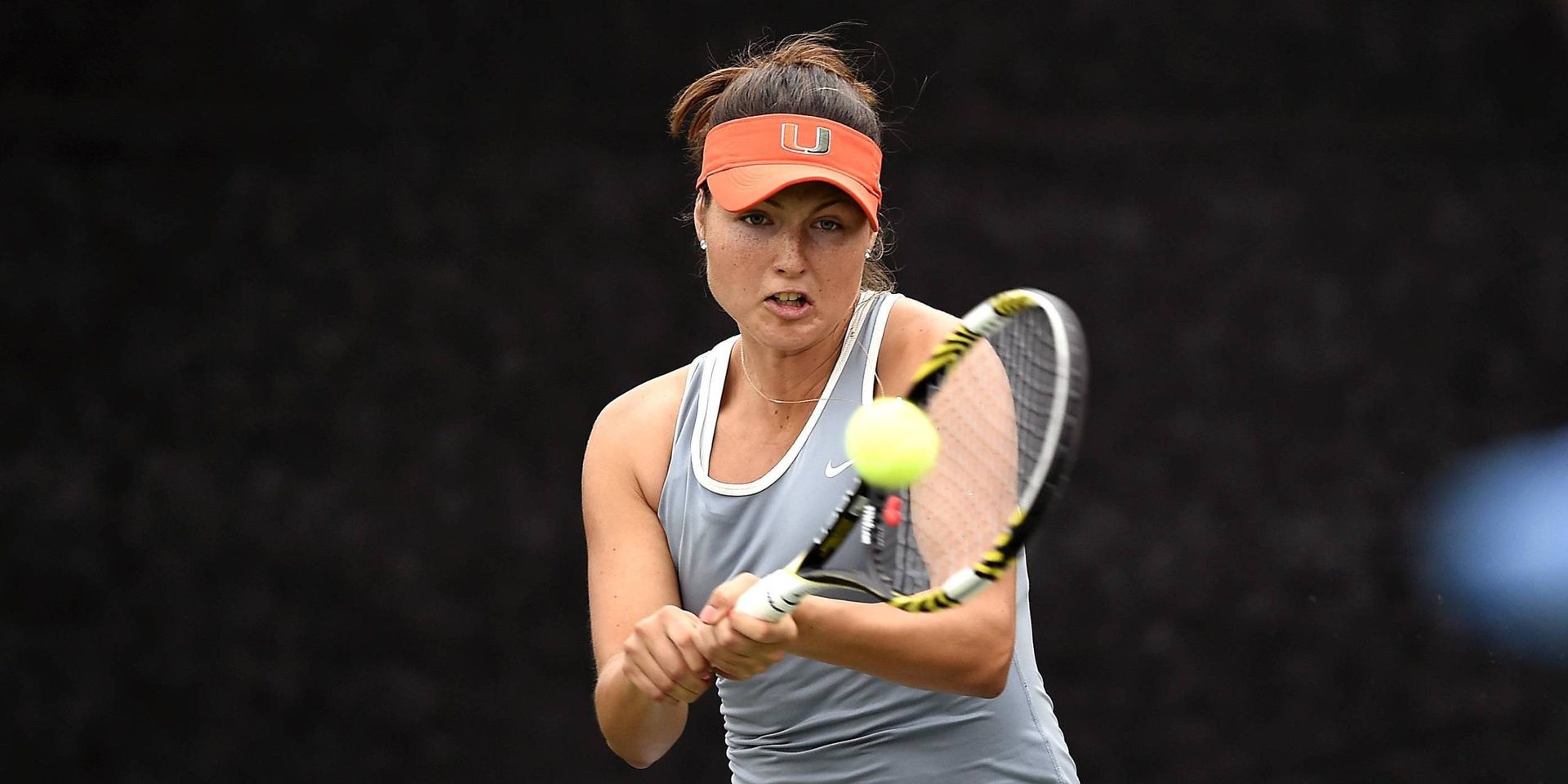 BLACKSBURG, Va. – After playing for nearly seven hours in a 5-2 win at eighth-ranked Virginia Friday, No. 16 Miami took on No. 47 Virginia Tech Sunday morning at the Burrows-Burleson Tennis Center and suffered its first ACC loss of the season.

In a dramatic contest that came down to the final set between junior Stephanie Wagner and Francesca Fusinato, Miami (11-4, 7-1 ACC) was unable to come away with the victory, falling 4-3.

After winning her first set 6-0, No. 96 Zhang fell to Mita 6-1 in the second set. The freshman showed maturity, answering with a 6-1 victory in the third set, giving Miami a 3-1 advantage.

Virginia Tech then won two consecutive matches. Williford defeated Silvia Fuentes 7-5, 6-4 and that was followed by a comeback victory from No. 106 Ilinca Stoica on court one, defeating No. 36 Lohan 4-6, 6-0, 6-3.

With the score tied at three, the sixth-ranked Wagner was trailing in the second set of her match against No. 86 Fusinato after the losing the first set, but extended the match, winning the second set 7-5. In the third set, Fulsinato got the best of Wagner for a 6-3, 5-7, 6-3 win and the Hokies came away with the victory over the Hurricanes, 4-3.

The Hurricanes return to action Thursday, April 2 at the Neil Schiff Tennis Center when they host No. 17 Duke at 5 p.m. Live stats for the match will be available HERE.

To keep up with the match on Twitter, as well as learn more about University of Miami women’s tennis, follow @HurricaneTennis.