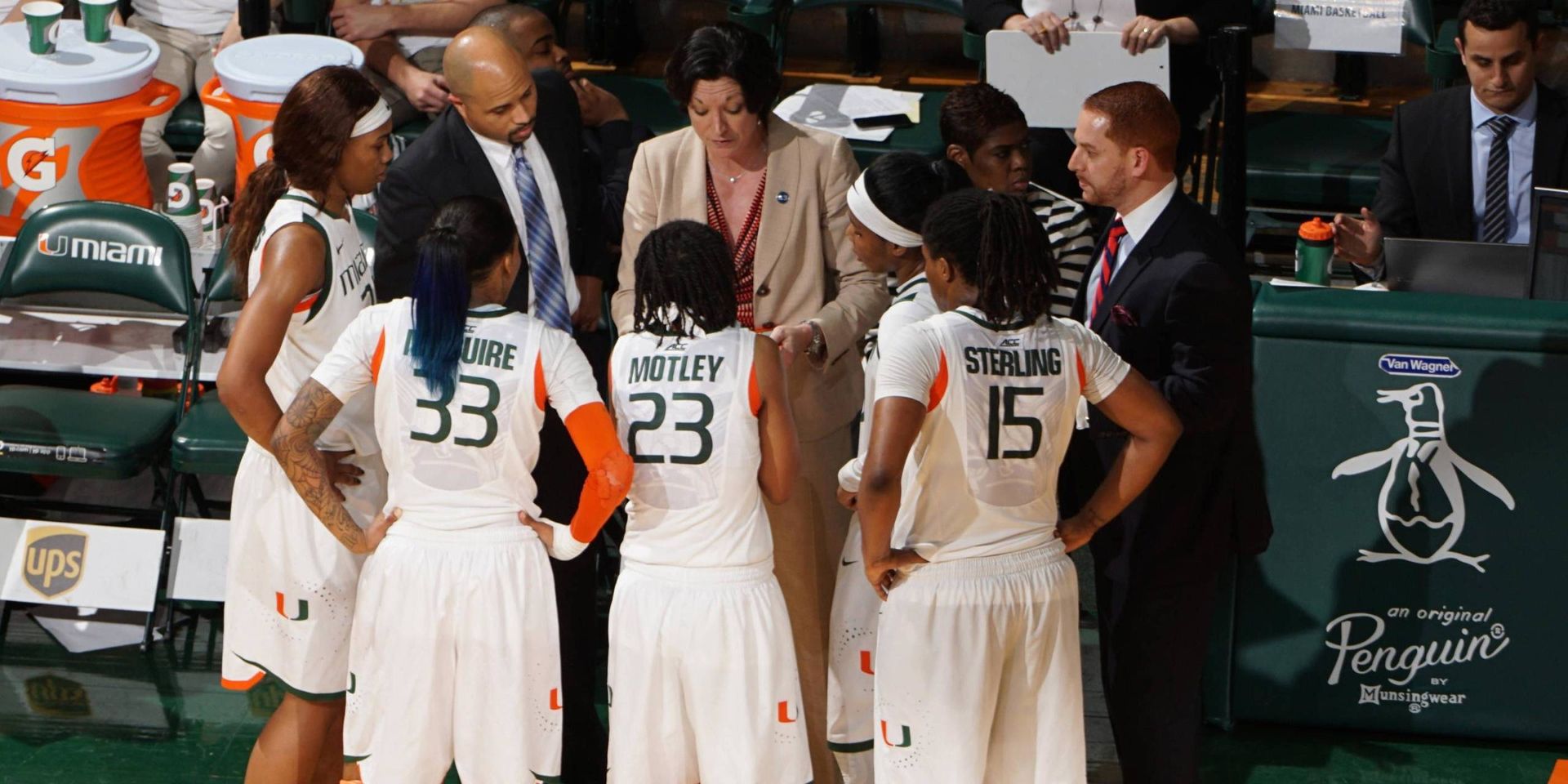 CORAL GABLES, Fla. – One day after reentering the receiving votes category of the AP Poll, the University of Miami women’s basketball team did the same in the USA Today Coaches Poll.

The Hurricanes had previously received votes in the poll Jan. 13, Jan. 20 and Jan. 27 and are listed once again after a brief two-week hiatus.

Miami (18-7, 8-4 ACC) garnered 11 points this week, placing them among the top 35 teams in the voting. The 11 points also matched the most Miami had received in the Coaches Poll this season.

Katie Meier’s team is coming off a 2-0 week that included a road win at Syracuse, ranked in the top 25 of both polls at the time. Miami beat the Orange 85-71, giving the Hurricanes their second double-digit win over a ranked team in 2014-15. Previously, Miami had defeated fourth-ranked Notre Dame, 78-63, Jan. 8.

The Hurricanes’ other win this past week was a 64-59 defeat of Georgia Tech at the BankUnited Center. Miami closed the game on a 15-0 run to complete a furious comeback and move to 15-1 at home this season.

Miami is one of seven ACC schools receiving votes in the USA Today Coaches Poll, while eight schools in the conference received at least one vote in yesterday’s AP Poll release. Through three-quarters of its ACC slate, Miami is fifth place in the conference.

The Hurricanes are back in action Thursday, Feb. 19 when they play at NC State. The game is scheduled for 7:00 p.m. from the Reynolds Coliseum and can be heard on WVUM.org. Miami will return home to face No. 17/14 North Carolina Sunday, Feb. 22 at 3:00 p.m. at the BankUnited Center.