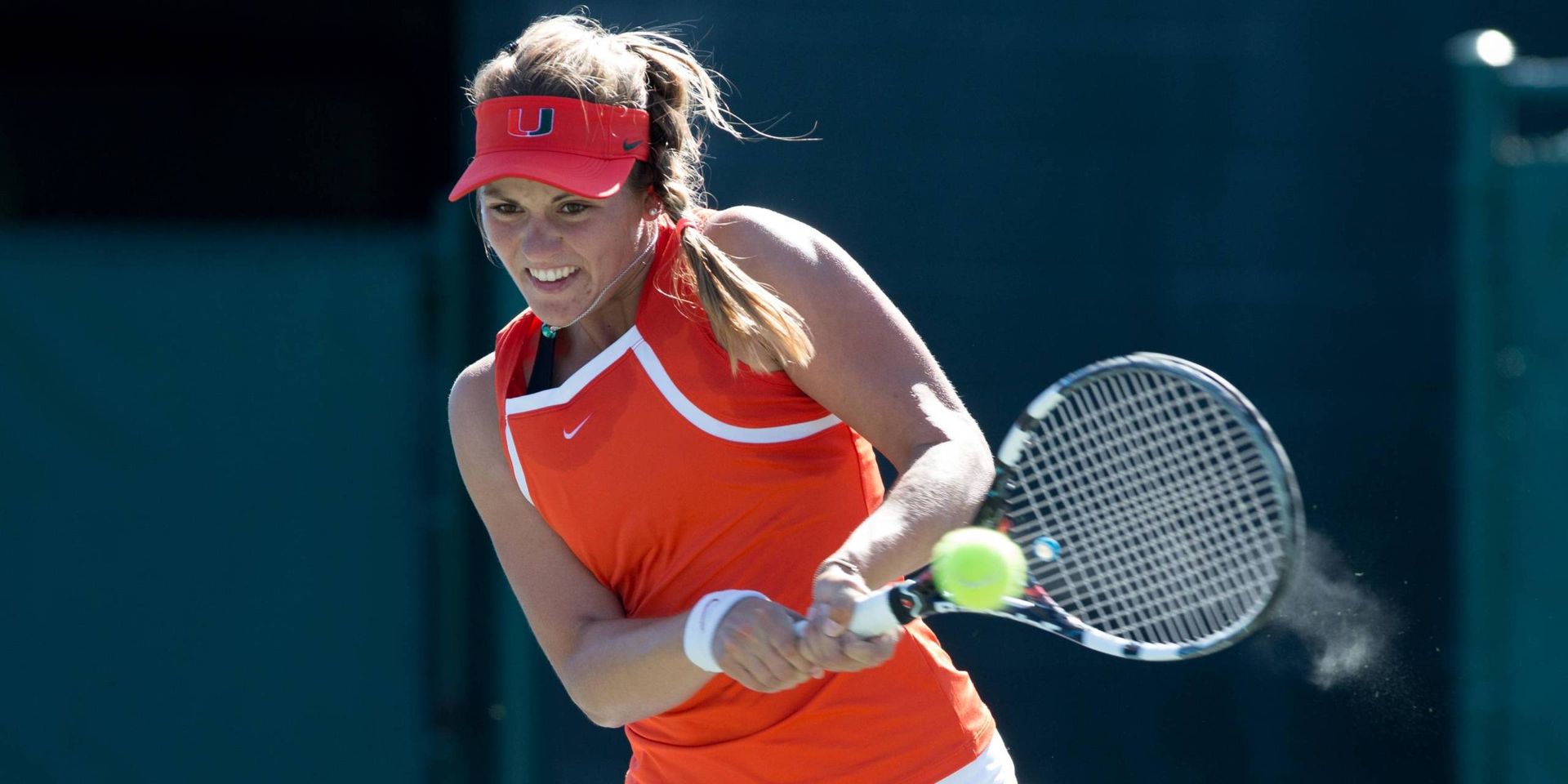 CHARLOTTESVILLE, Va. – The No. 12 Hurricanes suffered defeat against the No. 1 ranked UCLA Bruins 4-0 in the consolation round of the ITA National Team Indoor Championships.

“UCLA was just better than us today at the four spots they brought in,” Miami head coach Paige Yaroshuk-Tews said. “We were out there battling at two, four and six when the match ended, playing pretty well. Doubles got away from us. We need to do a better job of closing out those points when we are up.”

The day began with Miami (3-2) and UCLA (5-1) splitting the first two doubles matches at Boar’s Head Sports Club. Senior Monique Albuquerque and junior Clementina Riobueno, the nation’s No. 15 doubles pair, jumped on UCLA’s pairing of Robin Anderson and Terri Fleming, defeating them by a score of 6-2.

In singles play, the seventh-ranked Wagner dropped her match against No. 2 Robin Anderson 6-2, 6-0, and while No. 79 Kaitlin Ray defeated Monique Albuquerque, 6-1, 6-3. With the Bruins needing one more point to clinch the match, it was Kyle McPhillips who provided it against No. 94 Lina Lileikite 6-2, 6-4.

No. 39 Sinead Lohan did provide a bright spot on the day, although her match remained unfinished, she was giving No. 3 ranked Chanelle Van Nguyen all she could handle in her singles matchup.

“We are definitely a better team coming out of this tournament then we were coming in,” Yaroshuk-Tews said. “Having played number one, three and seven in the nation on the weekend just makes a team stronger. We learned so much about this team and I’m looking forward to an amazing season.”

Miami’s next opponent will be a familiar one, as the Hurricanes return home to square off against FGCU. Miami cruised to a 6-1 win in last year’s matchup against the Eagles Jan. 31, 2014.

The Hurricanes will host FGCU Friday, Feb. 20 at 4:00 p.m. at the Neil Schiff Tennis Center.