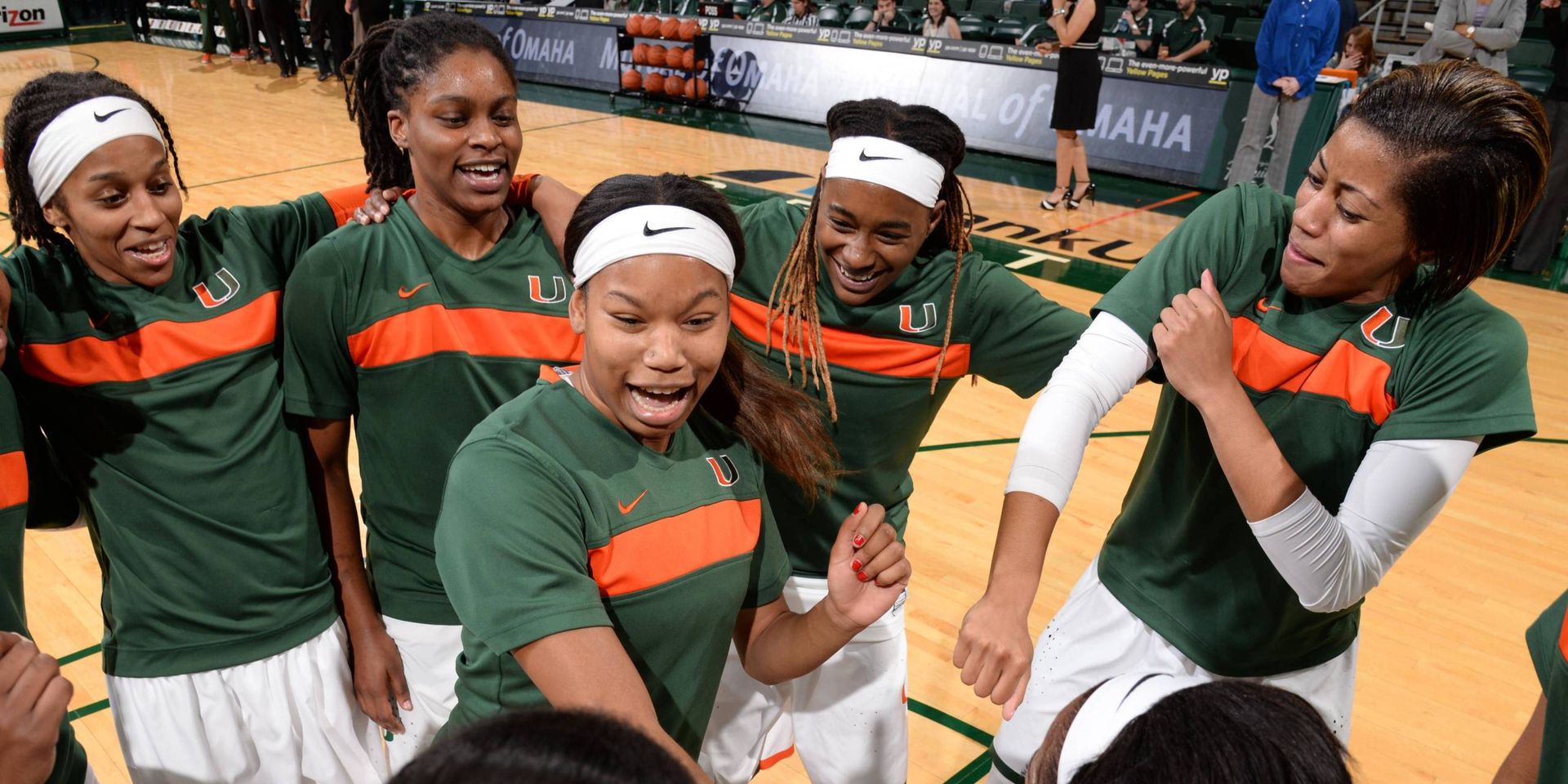 CORAL GABLES, Fla. – For the third week in a row, the University of Miami women’s basketball team is receiving votes in the USA Today Coaches Poll.

The Hurricanes entered the list Jan. 13 after a 2-0 week that included a 68-53 win over fourth-ranked Notre Dame and a 62-45 road victory at Virginia Tech.

Since then, Miami (15-5, 5-2 ACC) has continued to receive votes each week. This week the Hurricanes are listed as one of the top 35 teams in the country, based on their number of points in the receiving votes category.

Head coach Katie Meier’s team is one game out of first place in the Atlantic Coast Conference and all three teams tied for first place are in the top 10 of both the AP Poll and USA Today Coaches Poll.

Additionally, the two teams Miami is tied with at 5-2 are both ranked in the top 25 of both polls, giving the Hurricanes some quality company near the top of the league’s standings.

Miami is currently in the midst of a stretch with just one home game over the course of 24 days. The Hurricanes’ next game will also be their fourth straight Sunday road game, as Miami travels to face Pittsburgh at the Petersen Events Center Sunday, Feb. 1 at 1:00 p.m.

The Hurricanes will then return home to take on Virginia Tech Thursday, Feb. 5 at 7:00 p.m. at the BankUnited Center.