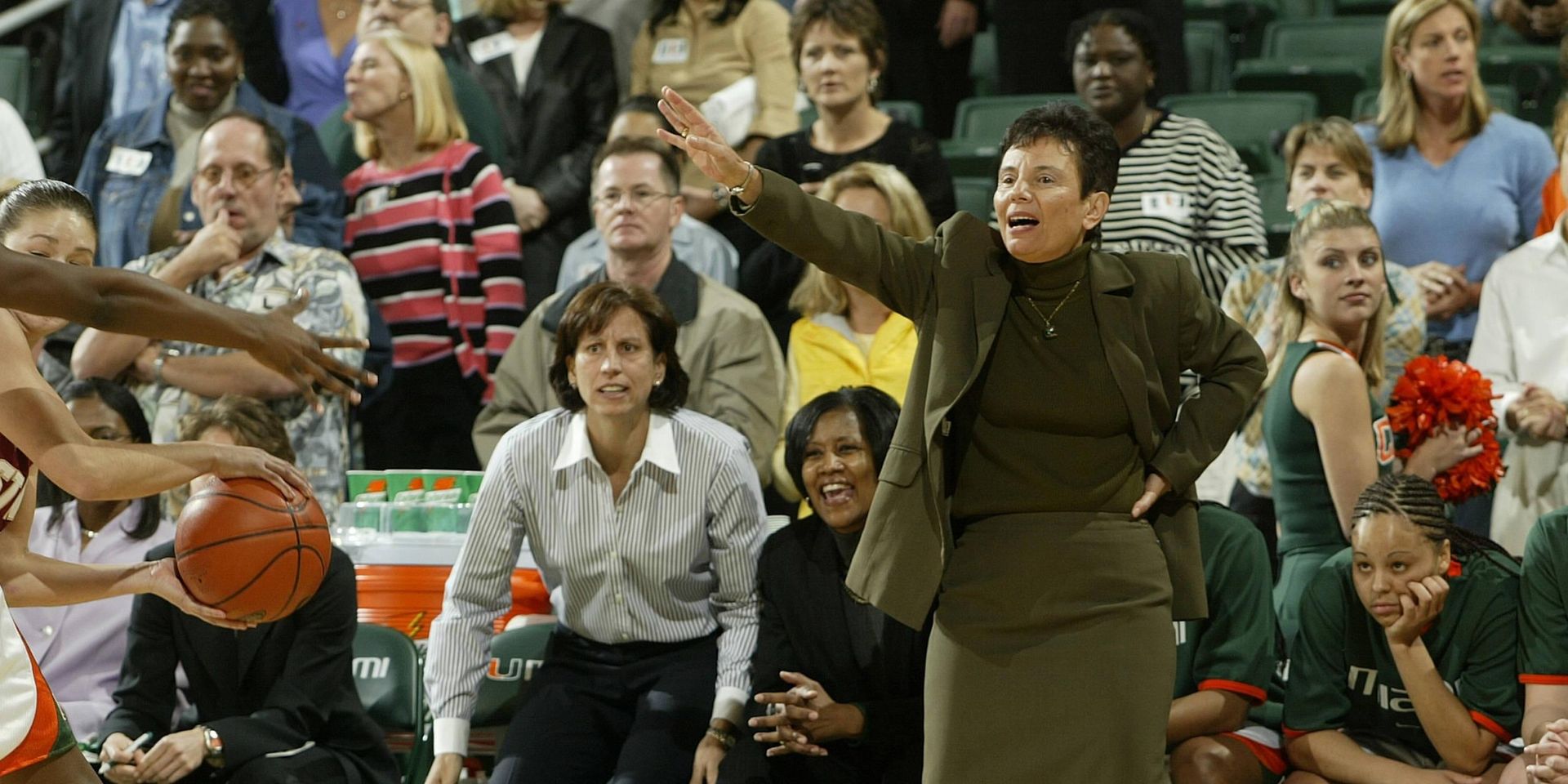 Labati is part of the 11th annual class of ACC Legends. The group will be honored at the 2015 ACC Women’s Basketball Tournament, held March 4-8 in Greensboro, N.C.

Remembered for her legendary enthusiasm and drive, Ferne Labati was named the head coach of the women’s basketball program at the University of Miami in 1988. Eternally optimistic, she had a remarkable career at Miami and has the most wins of any Miami women’s basketball coach as well as the highest winning percentage.

Highlighting her 17 seasons are nine berths in postseason play, six in the NCAA tournament and three in the WNIT. In 1991-92, Labati led Miami to a Sweet 16 appearance and a 30-2 record, including an unblemished 18-0 mark in the Big East.

The Hurricanes won back-to-back Big East regular season and tournament titles in 1992 and 1993, while finishing as high as sixth nationally. Her 1996 squad earned a share of the Big East 7 division title.

Labati also ushered in a new era of basketball at Miami, as her final season with the program was the Hurricanes’ first in the Atlantic Coast Conference. The 1992 WBCA/Converse Coach of the Year, Labati finished her impressive tenure at Miami with a stellar record of 303-195 (.608).

Labati was inducted into the University of Miami Sports Hall of Fame in 2004.

Of the 15 members of this year’s class, Labati is the lone coach. All of the selections will be recognized at the annual ACC Women’s Basketball Legends’ Brunch on Saturday, March 7 at 10:00 a.m., and then will be introduced to the Greensboro Coliseum crowd at halftime of the first semifinal game that afternoon.

The ACC Women’s Basketball Legends program honors both players and coaches from each of the ACC’s 15 schools who have contributed to their respective institutions rich tradition.

Labati will also be honored by the University of Miami at the Hurricanes’ game against Georgia Tech Sunday, Feb. 15 at 3:00 p.m.