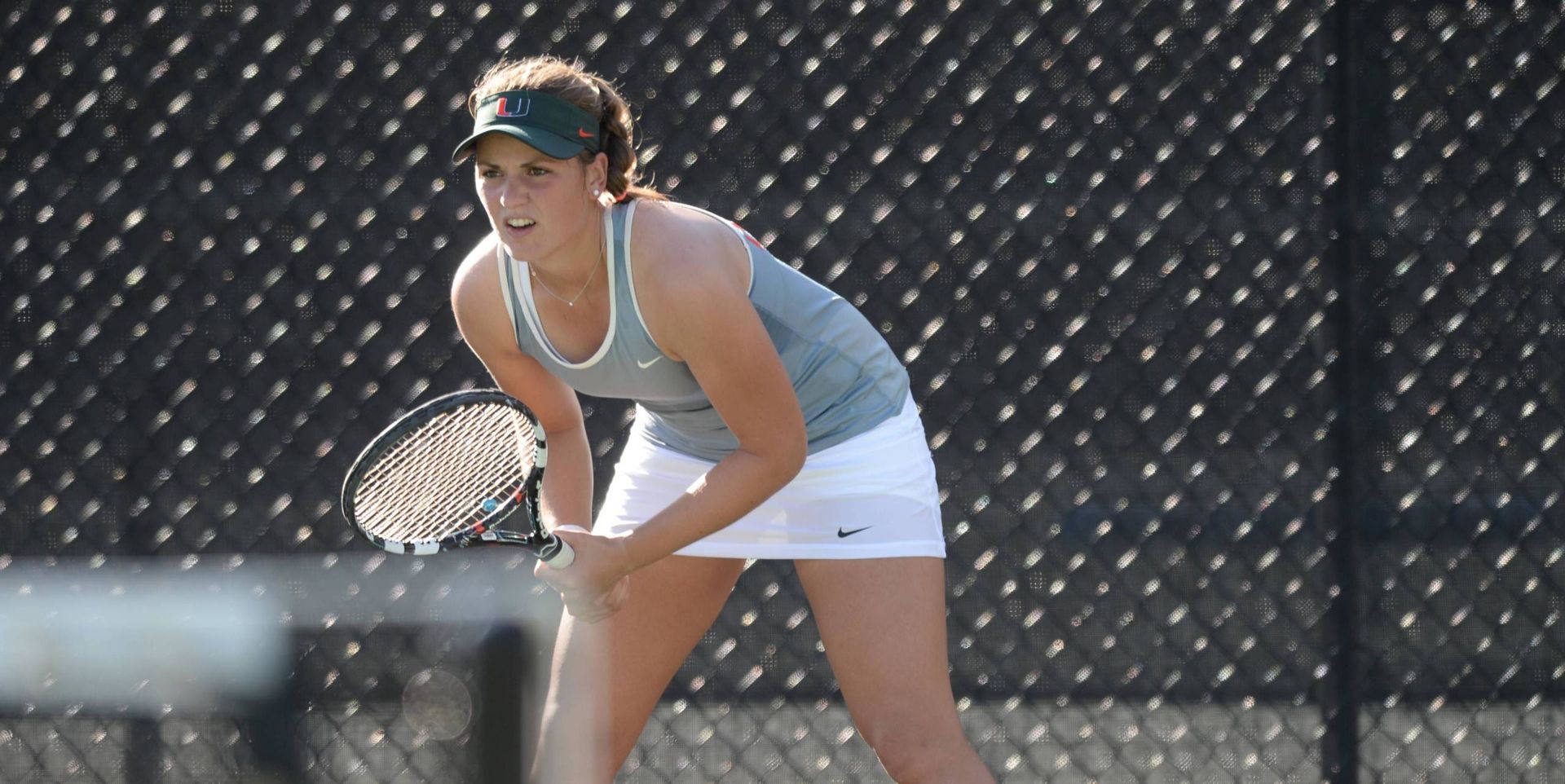 CORAL GABLES, Fla. – The University of Miami women’s tennis team advanced to day two of competition at the ITA Kick-Off Weekend with a 4-0 victory over North Florida.

With the new format of doubles matches only being to six points, head coach Paige Yaroshuk-Tews believes the team needs to get off to a fast start.

“I still think we’re kind of getting used to the new structure in doubles,” Yaroshuk-Tews explained. “We’ve got to start getting comfortable playing close matches because a set is a short period of time to be able to separate yourself from another team so getting off to a fast start is going to continue to be our focus.”

The third doubles match between senior Monique Albuquerque and junior Clementina Riobueno, ranked No. 15, against Rebeca Pereira and Luise Intert of North Florida (0-1) was left unfinished with Albuquerque/Riobueno leading 5-4.

“Stephanie’s focus was on target today, just exactly where it needs to be,” Yaroshuk-Tews said. “. . . When she’s on target like that she’s one of the best players in the country.”

No. 88 Clementina Riobueno defeated Quetzali Vazquez in straight sets, 6-1, 6-2. No. 39 Sinead Lohan secured Miami’s place in the winner’s bracket on Sunday with a 6-1, 6-4 straight-set win over Esther Zuniga.

Yaroshuk-Tews was pleased with her team’s performance, but is anticipating a different level of competition tomorrow against No. 30 Florida State, after the Seminoles beat No. 53 USF, 4-1.

“I think we did a good job of coming into today and just taking care of business,” she said. “We’re looking forward to tomorrow.”

The Hurricanes will face Florida State Sunday at 2:00 p.m. at the Neil Schiff Tennis Center. The winner will advance to the ITA National Indoor Team Championships in Charlottesville, Va. Feb. 6-9.

Sunday’s consolation match between UNF and USF will begin at 10:00 a.m.