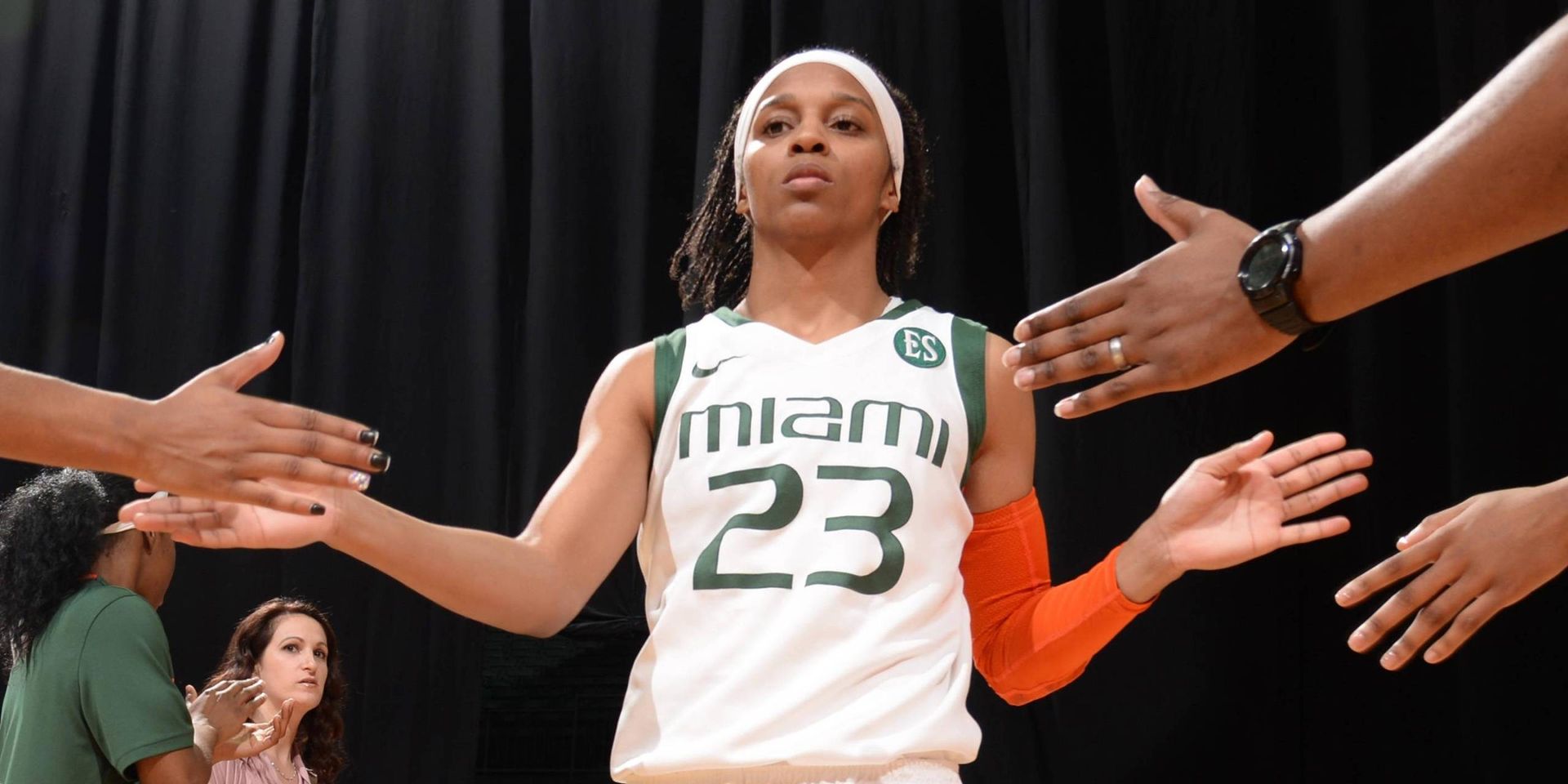 “It’s a blessing. My teammates and the coaching staff, I couldn’t do it without them,” Motley said of the honors. “It’s really all our achievements, not just mine.”

Motley is the first Hurricane to be named ACC Player of the Week since Shawnice “Pepper” Wilson won the award March 4, 2013.

The Newport News, Va. native exploded for 32 points on 13-of-19 shooting Jan. 8 to lead Miami to a 78-63 victory over fourth-ranked Notre Dame. Motley’s 32 points were a career high, as were her 13 made field goals—tied for the most in the ACC this season—and her 10 free throw attempts.

Motley also matched her then season high with seven rebounds and she led the team with four assists in the victory, which ended Notre Dame’s NCAA record-tying 30-game road winning streak.

“Motley was phenomenal, I mean she looked like an All-American today,” Notre Dame head coach Muffett McGraw said after the game. “We just couldn’t stop her. We tried a number of different options and nothing really was successful.”

Three days after Miami took down the Fighting Irish, Motley scored a game-high 22 points in her home state to help the Hurricanes defeat Virginia Tech 62-45. She also set a new season high and matched her career high with eight rebounds in the win over the Hokies.

Motley is fifth in the conference in scoring at 17.6 points per game and has posted double digits in 15 of the Hurricanes’ 16 games. Thirteen times she has scored 16-plus, with over 20 on seven occasions.

Motley and the Hurricanes will resume play Thursday, Jan. 15 at 7:00 p.m. when they host Clemson at the BankUnited Center.