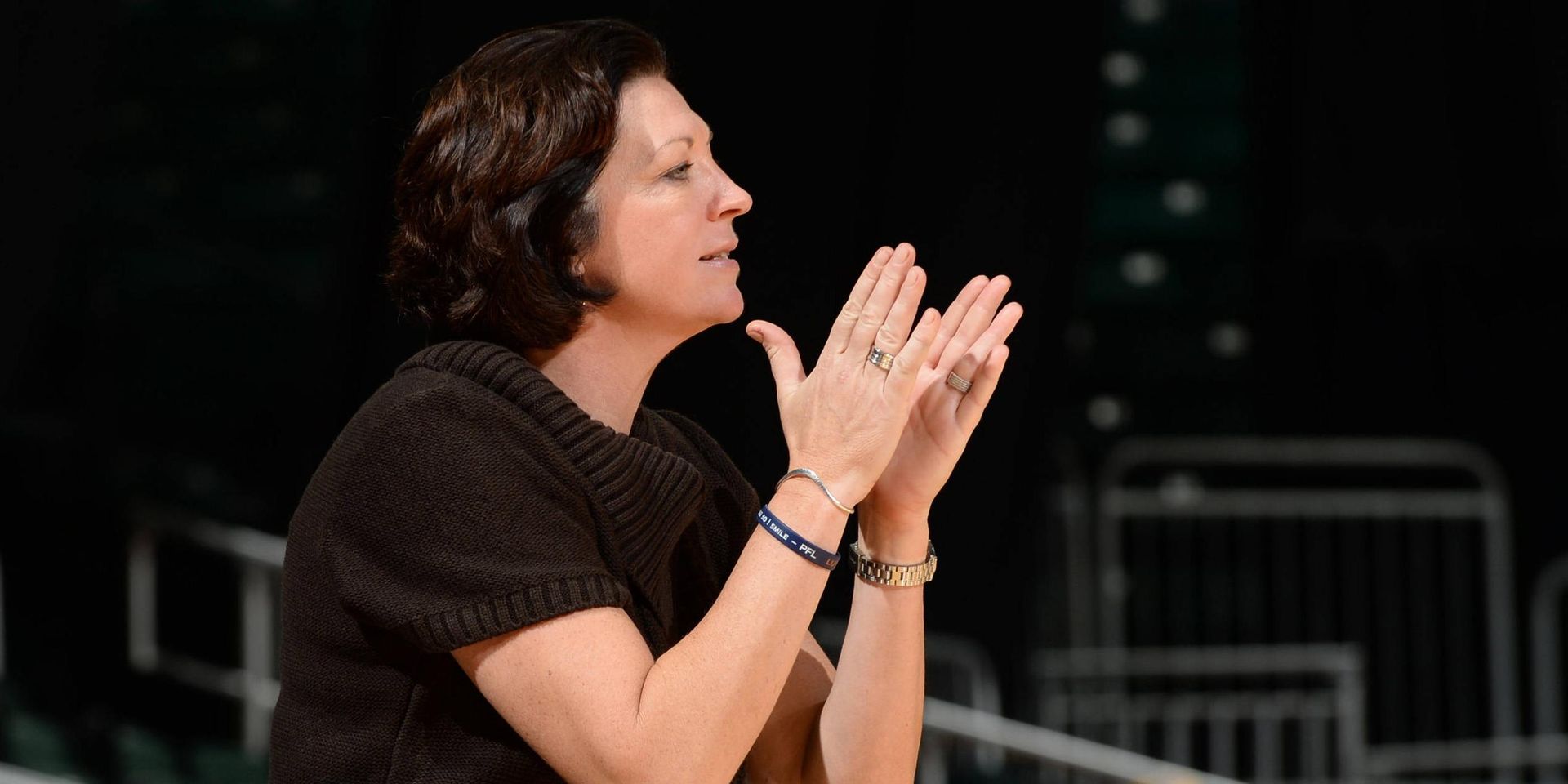 The Game
The Hurricanes will play their second and final game of the Tulane/DoubleTree Classic Friday, Dec. 19 at 8:00 p.m. ET (7:00 p.m. CT) at the Devlin Fieldhouse in New Orleans.

The Series
Miami and Tulane have met three times, with the Green Wave holding a 2-1 series lead. The last game between the teams came Nov. 28, 1999, when Tulane won at Miami, 75-66.

The Broadcasts
WVUM 90.5 FM will broadcast the game and it will also be streamed online at WVUM.org. Live video will be available through Tulane All Access.

A native of Newport News, Va., Motley has scored at least 16 points in eight of 10 games this season. She is one of three players to start every game this season, along with redshirt senior forward Jassany Williams and sophomore guard Jessica Thomas. Forward Necole Sterling is a key part of Miami’s frontcourt off the bench is one of three seniors on the team.

Redshirt freshman guard Nigia Greene and redshirt junior guard Michelle Woods are back after missing the 2013-14 season due to injury and have combined to average 13.6 points and 5.6 rebounds per game thus far.

Additionally, the Hurricanes have five new faces this year, featuring a mix of local, national and international talent. Miami’s newcomers are all freshmen and consist of forwards Erykah Davenport, Keyanna Harris, Khaila Prather, and Laura Quevedo, as well as guard Aisha Edwards. Quevedo has started eight straight games and is averaging 5.3 points and 5.3 rebounds on the season.

Miami is allowing just 53.6 points per game this season, good for the second best mark in the Atlantic Coast Conference. The Hurricanes are also second in the ACC in steals per game, averaging 12.1.

The Coach
Katie Meier is in her tenth year at the helm in Coral Gables, Fla., and is looking to build upon the team’s many recent successes. The Hurricanes have made five consecutive postseason appearances, three in the NCAA Tournament and two in the WNIT, and have also had over 20 wins in four of the past five seasons. Meier holds a career record of 247-168, including a record of 171-123 at Miami. Meier is three wins away from 250 career victories.

Additionally, Meier will be coaching against Lisa Stockton, who she spent seven seasons with at Tulane. Meier was an assistant under Stockton from 1994-99 and was the associate head coach from 1999-2001. This is Meier’s first time facing Stockton since coming to Miami, but did face her four times while she was the head coach at Charlotte. Meier went 3-1 in those games, winning the final three meetings by a combined 41 points.

Last Time Out
The Hurricanes picked up an impressive victory over the UCLA Bruins, a team that was ranked in the preseason top 25 of the AP Poll. Miami won 74-67 Thursday in the first game of the Tulane/DoubleTree Classic at the Devlin Center in New Orleans. Adrienne Motley and Michelle Woods both had season highs, posting 23 and 17 respectively. Suriya McGuire had 13 points and Nigia Greene chipped in with eight. The Hurricanes led by as much as 17 in the game and shot 22-of-28 (78.6 percent) at the free throw line.

Up Next
Miami will have a lengthy eight-day break before its next game, but will then play two games in as many days. The Hurricanes will face Florida A&M Sunday, Dec. 28 at 1:00 p.m. in the first game of the Miami Holiday Tournament at the BankUnited Center in Coral Gables, Fla. If Miami wins, it will face the winner of the LSU vs. UNC-Greensboro game at 3:00 p.m. the following day in the championship. If it loses, Miami plays the loser of the other game at 1:00 p.m.