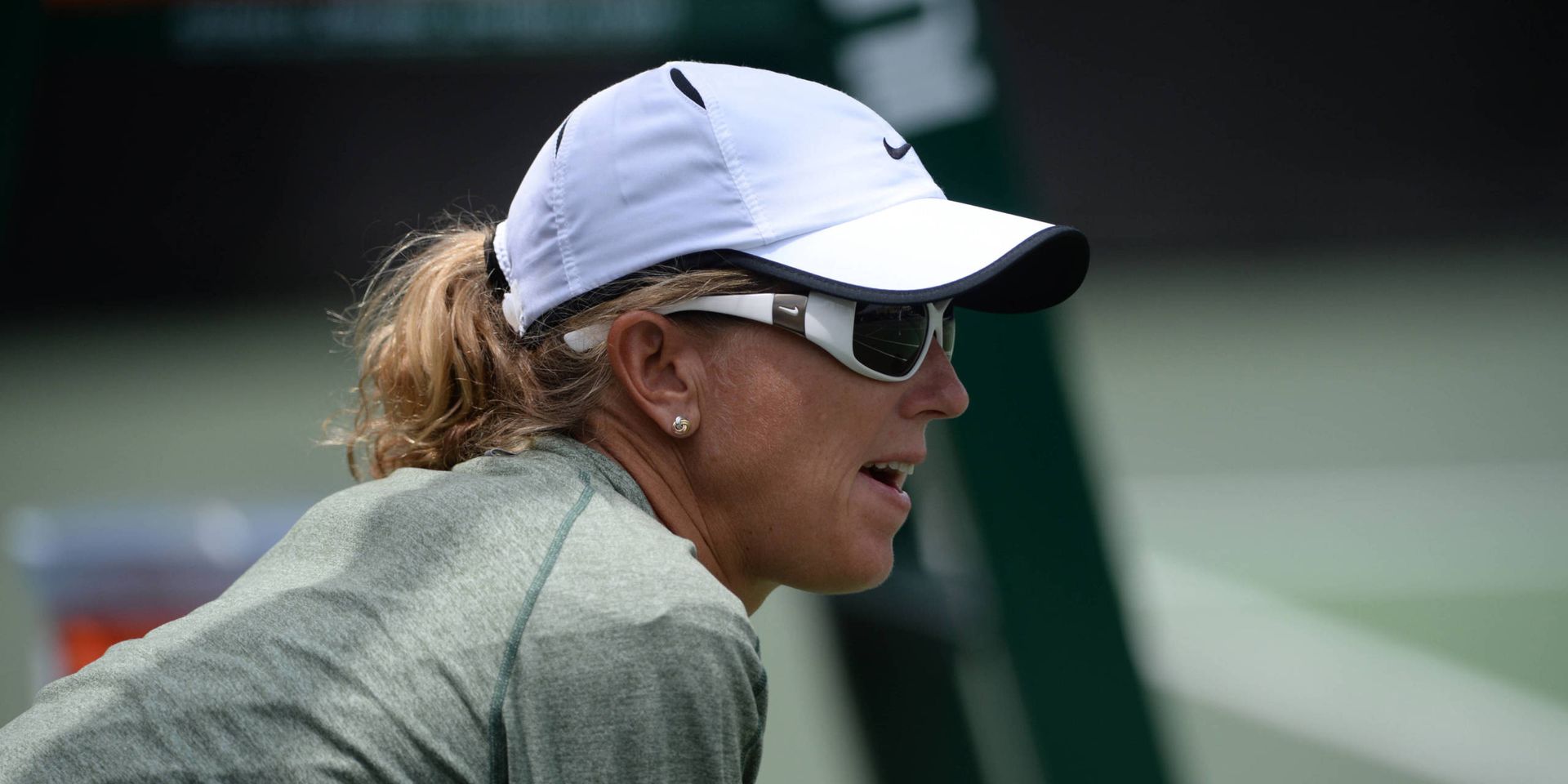 Freshmen Sinead Lohan and Wendy Zhang opened the day with an 8-7 semifinal victory against Florida State’s Emily Fanning and Gabby Castenada. Lohan/Zhang will play in the championship of Flight A Sunday afternoon against UF’s Stefani Stojic and Belinda Woolcock.

Assistant coach Laura Vallverdu believes their teamwork will be vital to win the championship.

“Wendy and Sinead need to play together,” Vallverdu explained. “They need to have fun and remain energetic. If they do that, they will have a chance for the title.”

Sinead Lohan also had success on the singles stage, defeating Yukako Noi (FSU) in the quarterfinals. After dropping the first set to Noi, 6-7, Lohan responded with a second set victory, 7-6, and was able to take the third set, 6-3, to secure her spot in the semifinals.

The native of Ireland then faced UF’s Belinda Woolcock in the semifinal match of Flight A. Lohan captured the first set, 6-3, but dropped the second, 4-6. In the decisive third set, Lohan cruised to a 6-1 win.

Vallverdu was impressed with the rookie’s performance.

“Sinead has the courage of an elite player and the humbleness of a warrior,” she said. “She has worked hard physically to be in the finals tomorow and she deserves the win.”

She will play in the Flight A championship match Sunday morning at 9:00 a.m. against UF’s Peggy Porter.

Zhang was defeated in the Flight A quarters by Porter, 6-1, 6-3.Silvia Fuentes also fell to a Gator in Flight A today, edged out by Stefani Stojic, 6-2, 6-3.

In the consolation bracket, Judith Bohnenkamp won her first match, coming back from a set down to defeat Maria Garoz-Moreno (Bethune Cookman), 6-7, 6-4, 6-1. Bohnenkamp fell to USF’s Olga Martinez in the semifinal, 6-1, 6-2.

Vallverdu was happy with Bohnenkamp’s effort and is excited she earned her first college win.

Overall, Vallverdu was pleased with the team’s performance.

“This group of freshmen want to compete and play bravely when asked to,” she said. “I am looking for a big day tomorrow for the future of this program. This weekend has been good physical preparation for regionals next weekend.”