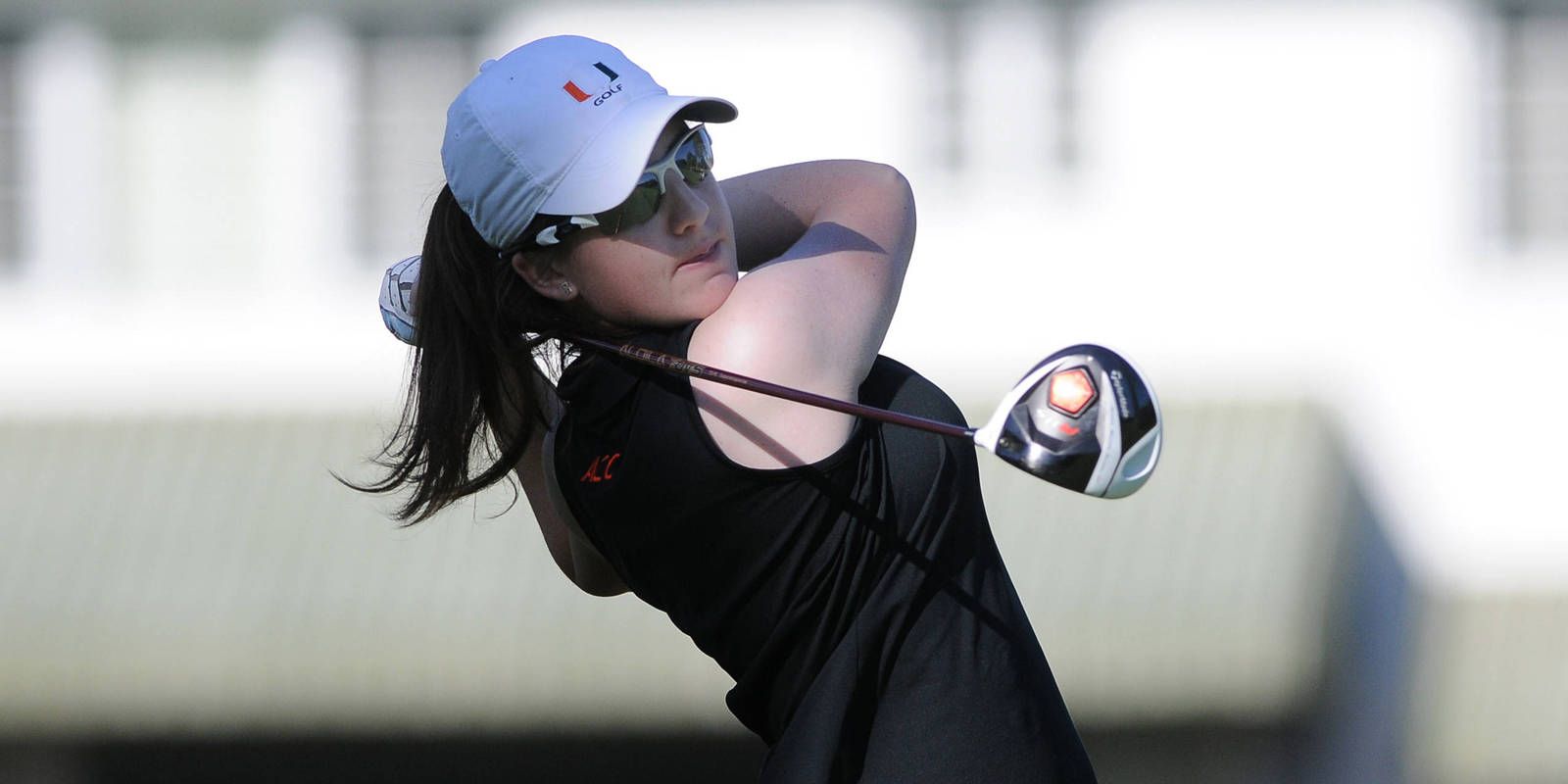 Ann Arbor, Mich. – After a long offseason, the Hurricanes began the season this weekend taking part in the inaugural East & West Match Play Challenge, competing against seven other schools, including No. 23 Ohio State.

Miami captured the consolation bracket, finishing fifth overall, lead by sophomore Delfina Acosta. Acosta paced the Hurricanes all weekend, highlighted by a round one score of 73 (+1). Her five day one birdies were tops in the field.

All five Canes finished in the top-30 after the first day of competition closed. Daniela Darquea was two strokes over par and tied for tenth as Kailey Walsh, Leticia Ras-Anderica and Christina Ocampo concluded strong 2014 debuts placing Miami in second place at the day’s end with a combined score of 299 behind Ohio State (292).

On day two, it was more of the same from the Canes. Acosta moved up a position with six more birdies, finishing the day at 74 and tied for seventh. As a team, the Hurricanes repeated their day one score, but it wasn’t enough to retain their second-place position, dropping to fifth place and out of championship contention.

In the first match of the consolation bracket, Miami was faced against host Michigan and defeated the Wolverines 4-1.  Acosta, Darquea, Ras-Anderica and Walsh guided the Canes into the match for fifth place against Purdue.

Ocampo bounced back from falling Sunday and was the difference for Miami on Monday, beating Purdue’s Anna Appert Lund to clinch Miami’s fifth place finish.

The Hurricanes return to action Oct. 6 in Highland Park, Ill. for the Windy City Collegiate Classic.