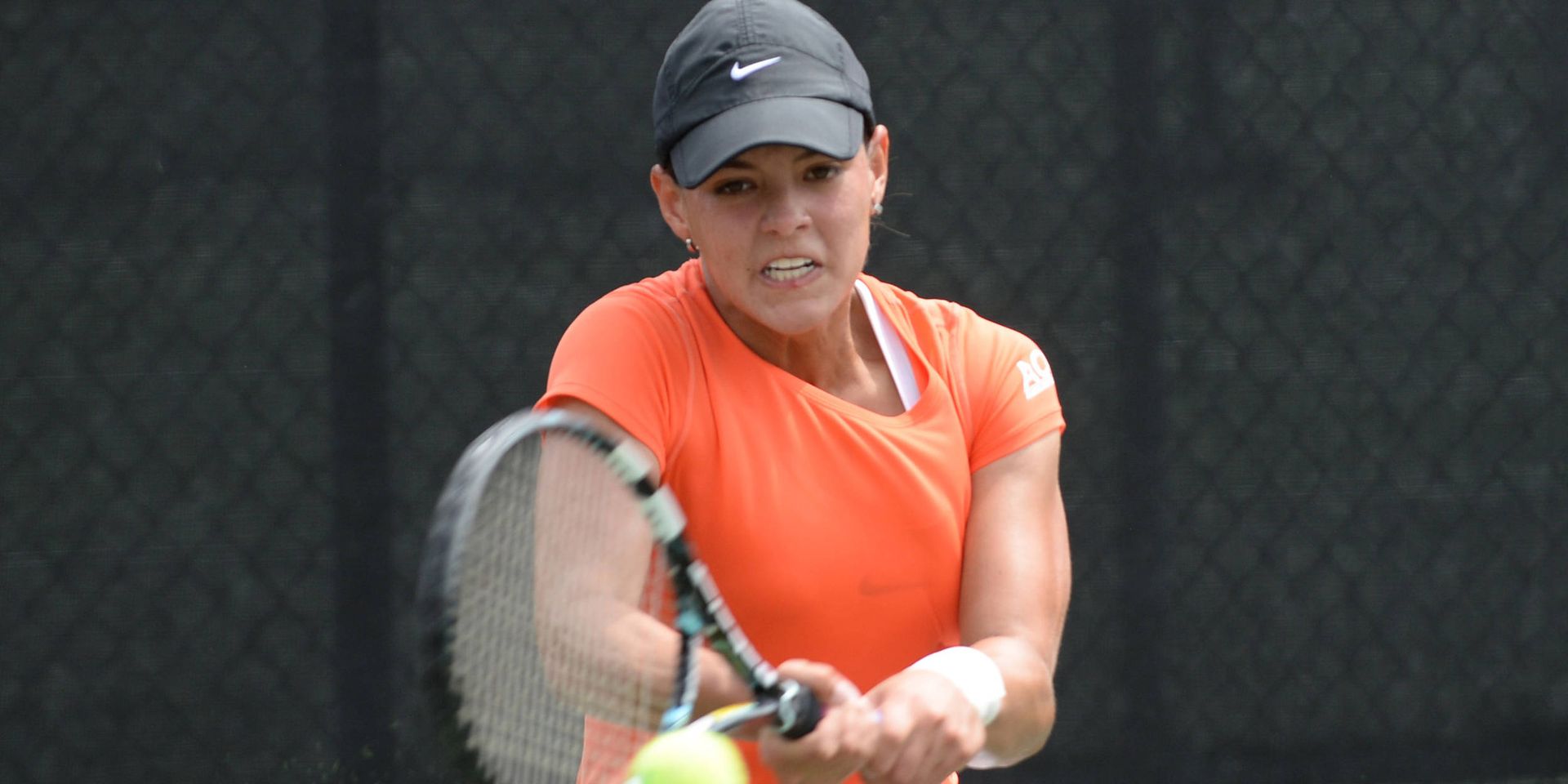 ATHENS, Ga. – The 12th-ranked Miami Hurricanes women’s tennis team fell in the NCAA Round of 16 to the third-ranked UCLA Bruins, 4-0 on Thursday evening.

“We played a good tennis match, but UCLA was just better than us tonight,” head coach Paige Yaroshuk-Tews said. “I’m proud of these girls and the way we played tonight and what we accomplished this season.”

The Hurricanes finished the 2013-14 spring season with an overall record of 21-6, with an appearance in the program’s ninth consecutive Sweet 16.

Miami’s eighth-ranked doubles team of Monique Albuquerque and Clementina Riobueno picked up their biggest win of the season, topping No. 1 Robin Anderson and Jennifer Brady of UCLA by an 8-5 score to give Miami a great start towards earning the doubles point.

Albuquerque and Riobueno didn’t get off to a strong start in the match, falling behind 3-1 to the UCLA duo was came into the match with a 19-1 dual match record. The Canes’ pair never backed down, earning three straight wins to take a 4-3 advantage in the match. After leading 5-4, the Canes won three of the next five games to secure their seventh win over a nationally ranked opponent.

After the big win at one doubles, Miami needed a surge from the two or three spot, which each faced deficits deep into the match. Seniors Melissa Bolivar and Brittany Dubins found themselves down 3-1 early on and were never able to fully recover, falling to UCLA’s Kyle McPhillips and Catherine Harrison 8-3.

With all eyes on court three at the McWhorter Courts on the campus of the University of Georgia, Hurricanes Lina Lileikite and Stephanie Wagner began to chip away at the 6-3 deficit they faced. Miami won two of the next three games to get within 7-5, but unfortunately couldn’t get any closer, falling 8-5 to Chanelle Van Nguyen and Courtney Dolehide.

With the Bruins taking a 1-0 lead into singles, Miami dropped the opening sets in five of the six singles matches. At five singles, Albuquerque’s 18 match win streak was snapped with a 2-6, 3-6 loss to 75th-ranked Catherine Harrison.

In just her third match of the season playing at the No. 2 singles spot, Riobueno got off to a strong start against 8th-ranked Jennifer Brady. Leading 4-3 in the first set, Brady came back to win the final three games to take the opening set. Riobueno battled in the second set but fell 6-2, giving UCLA a 3-0 lead in the match.

At four singles, Bolivar came up on the short end against No. 13 Van Nhuyen, 6-1, 6-3. Bolivar started off her match on the wrong foot, falling behind 0-3 in the first set and eventually falling in the first set 6-1. The senior improved her game in the second frame, coming back from down 5-3 to tie the set at five games apiece, before dropping the final game.

Three matches went unfinished including Wagner at one singles, Lileikite at three singles and Dubins at six singles. 29th-ranked Wagner finished off a fantastic first set of tennis with a 7-5 win against No. 2 Anderson. The match went unfinished with Wagner up one set and down 6-0 in the second.

90th-ranked Lileikite was trailing No. 38 McPhillips 6-2, 6-5 in the second set when the match was stopped and Dubins trailed Kaitlin Ray 6-4, 5-1 when the match ended.