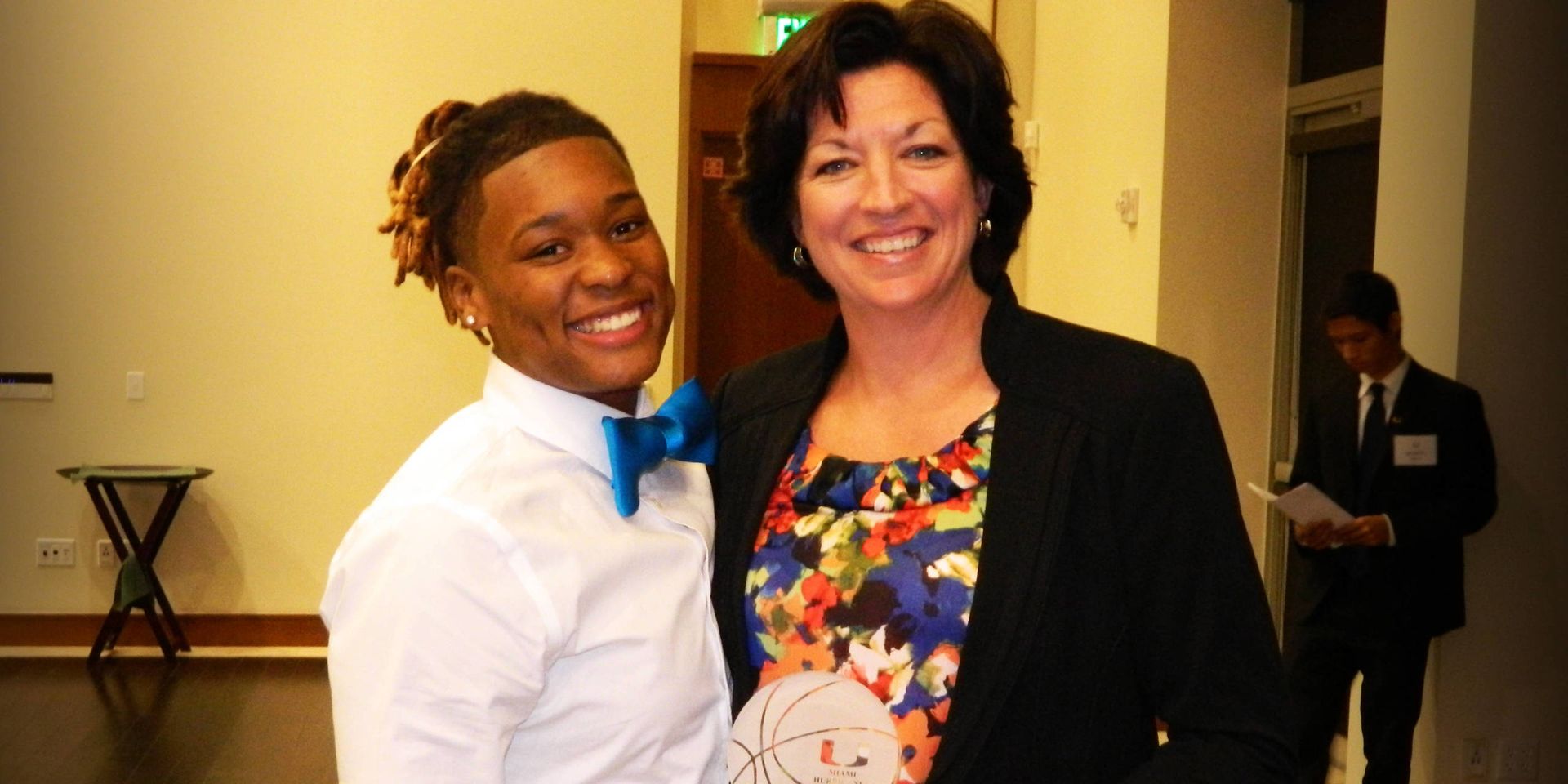 Maria Brown and Krystal Saunders finished their careers as the winningest class in program history—totaling 91 wins and reaching four consecutive postseasons. As much as the two seniors succeeded on the court in their four years, head coach Katie Meier praised them most for their maturity and leadership in her banquet remarks.

As a team, the Hurricanes reached their fifth consecutive postseason in 2013-14, qualifying as the Atlantic Coast Conference’s automatic bid for the WNIT. Miami finished the season 16-15 and 8-8 in ACC play.

Meier handed out eight annual player awards on the night. Leading off was the Captains’ Award, going to the Hurricanes’ seniors – Saunders and Brown – as well as junior Jassany Williams. Freshman Nigia Greene was presented the Academic Award, freshman Adrienne Motley was presented the Assists Award, Brown was named the team’s strongest player and sophomore Keyona Hayes took home the Windex Award—given to the team’s best rebounder.

Leading the team with 11.1 ppg and 82 assists on the year, Motley was named the team’s Most Valuable Player. The freshman guard scored 13.2 ppg in ACC play and was named to the conference’s All-Freshman Team and All-Academic Team.