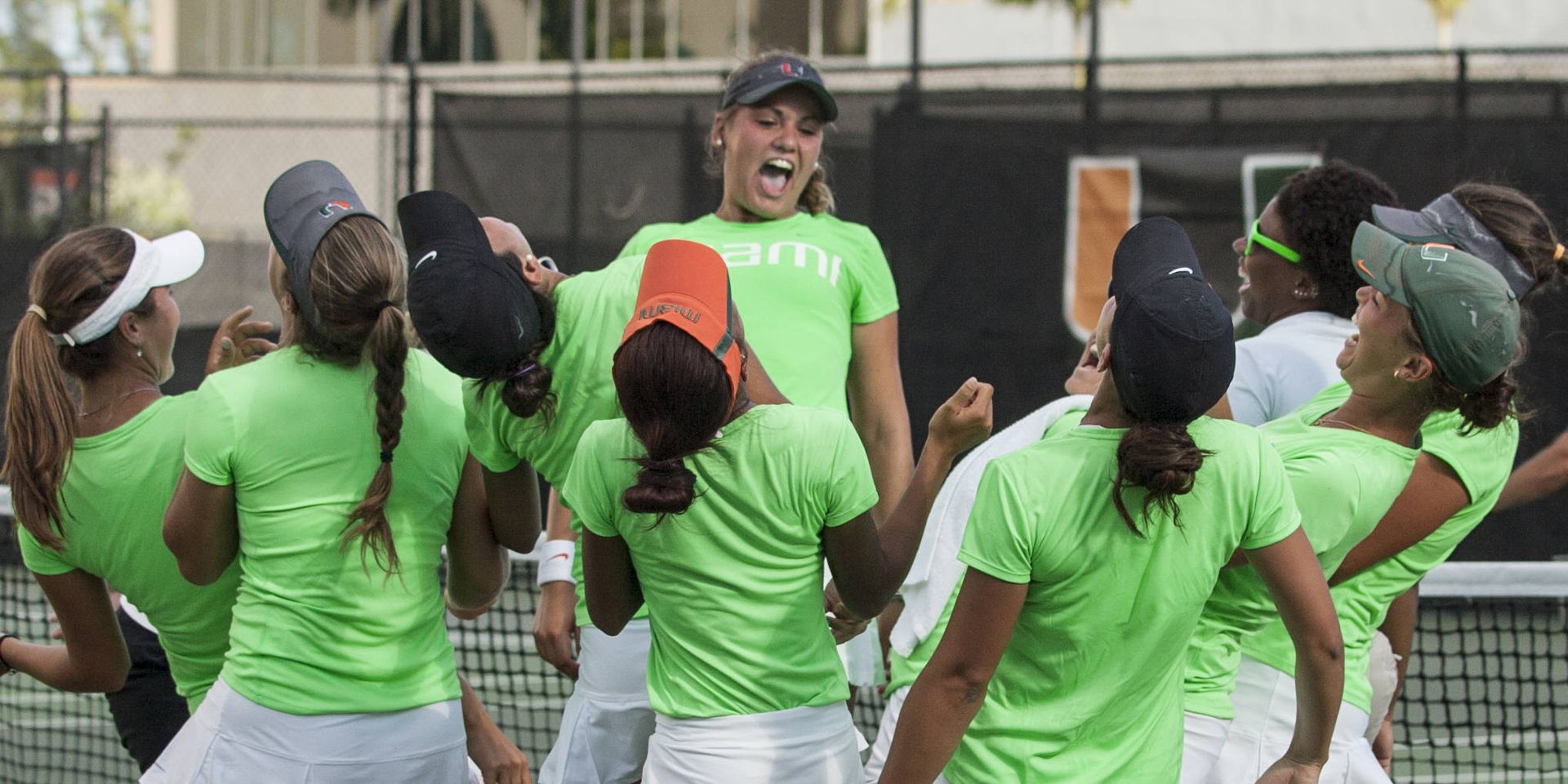 CORAL GABLES, Fla. – The 15th-ranked Miami Hurricanes women’s tennis team enters the 2014 postseason with one thing on its mind: defending its ACC title.

Twelve months ago, the fourth-seeded Hurricanes entered the ACC Championship and accomplished something that had never happened before. The Canes toppled second-ranked North Carolina in the semifinals and downed rival Florida State in the championship to win the program’s first ACC Tournament Championship.

When Miami takes the court on Friday at noon, it will include the same six players that experienced the triumph and joy that came with winning a championship ring last season. Only this time around, the Hurricanes will focus on defending their title.

Yaroshuk-Tews believes the Hurricanes will have to play complete matches – both mentally and physically – to defend their title.

“We are really tough to beat when we are 100-percent in it mentally and physically,” Yaroshuk-Tews said. “Every time this group of girls has decided to play a complete match, we’ve been successful.”

For senior Melissa Bolivar, who Yaroshuk-Tews called “the heart and soul of the team,” the expectations are not any different than before.

“I think we are a stronger team this season,” Bolivar said. “But the expectations remain the same. We are playing well and giving it all every match. The expectations to play hard and compete will always be there. We don’t base our success on results, they are a consequence of doing things right.”

Yaroshuk-Tews has taken her program to the NCAA Round of 16 each of the last eight years—something that only four other programs in the country have accomplished. As impressive as Miami’s Sweet 16 streak is, their national quarterfinal streak may be that much more impressive.

Miami is the only program in the country that has advanced to the Elite Eight in each of the last five seasons (2009-2013).

Graduating seniors Bolivar, Brittany Dubins and Monique Albuquerque have known nothing but post season success. Bolivar and Dubins have reached the Elite Eight in each of their three seasons as Hurricanes, and with Albuquerque joining the team during last year’s run, she has quickly learned the expectations.

When the Hurricanes begin their postseason journey this week, they know that they have the experience and formula for success to propel them further than ever before.

“Every single girl on the team is much stronger physically and mentally than last year,” sophomore Stephanie Wagner said. “We are ready to outcompete any team in front of us.”