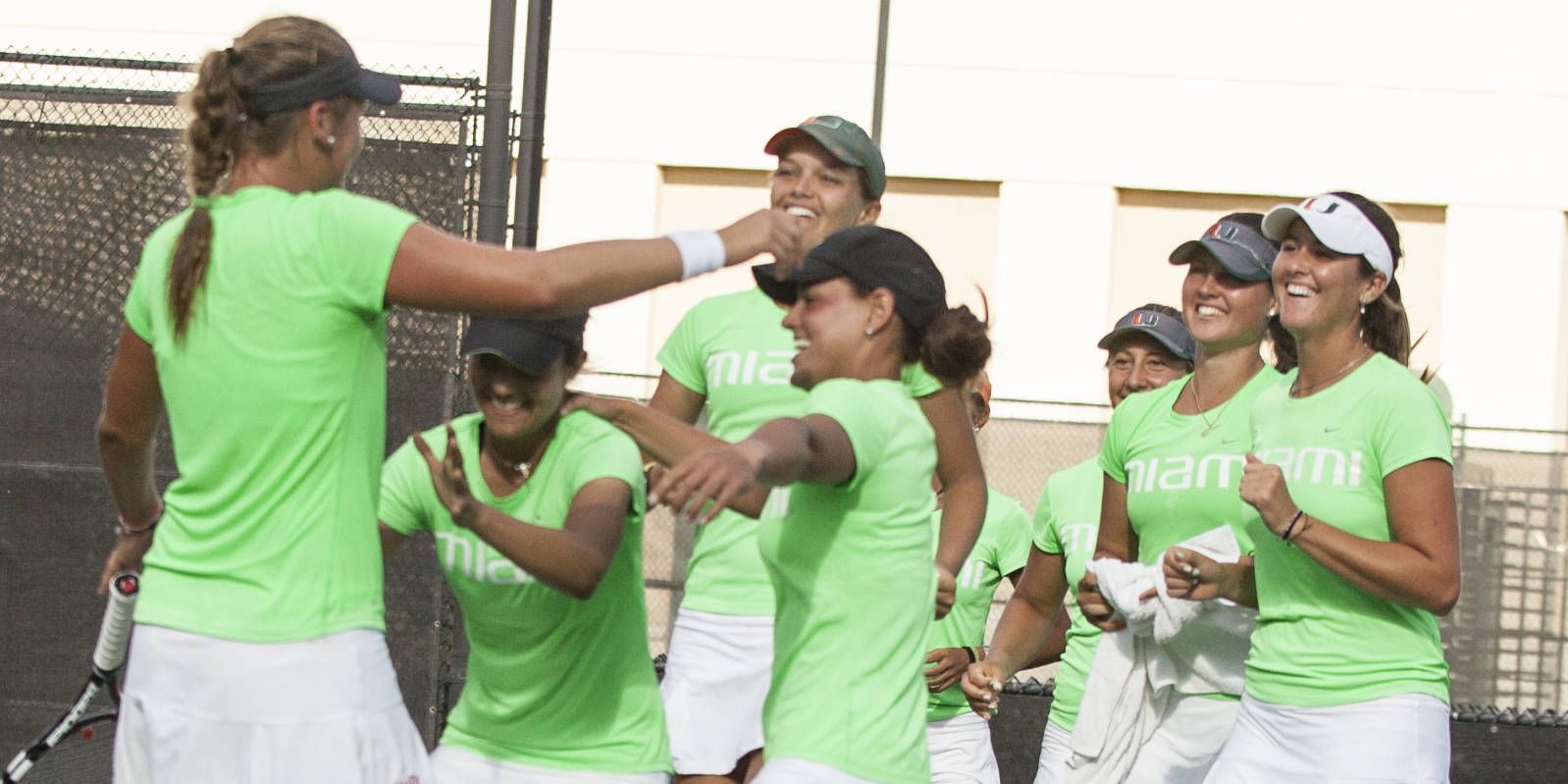 Wagner, an Amberg, Germany native, earned the second All-ACC selection of her career by compiling a 19-4 overall record this spring with a 12-2 ACC mark. In the regular season finale on Sunday, Wagner took down Virginia’s 3rd-ranked Julia Elbaba for her fifth win against a ranked opponent this year.

Laurente, a first-time All-ACC selection, has played primarily at the No. 2 singles spot for the Hurricanes, tallying a 13-7 mark overall and a 7-6 ACC record. Laurente has beaten three ranked opponents and has registered three wins at the top singles spot.

Miami’s three All-ACC selections tied for second most in the conference with North Carolina, Duke and Clemson. Virginia led the league with four representatives. North Carolina’s Jamie Loeb was named Player and teammate Haley Carter was named Freshman of the Year. Clemson’s Nancy Harris was named Coach of the Year.

The Hurricanes (18-4, 12-2 ACC) earned a share of the ACC regular season championship on Sunday and will be the No. 2-seed in the ACC Championship this week. Miami earned a double bye in the tournament and will play its first match in the quarterfinals on Friday at noon.