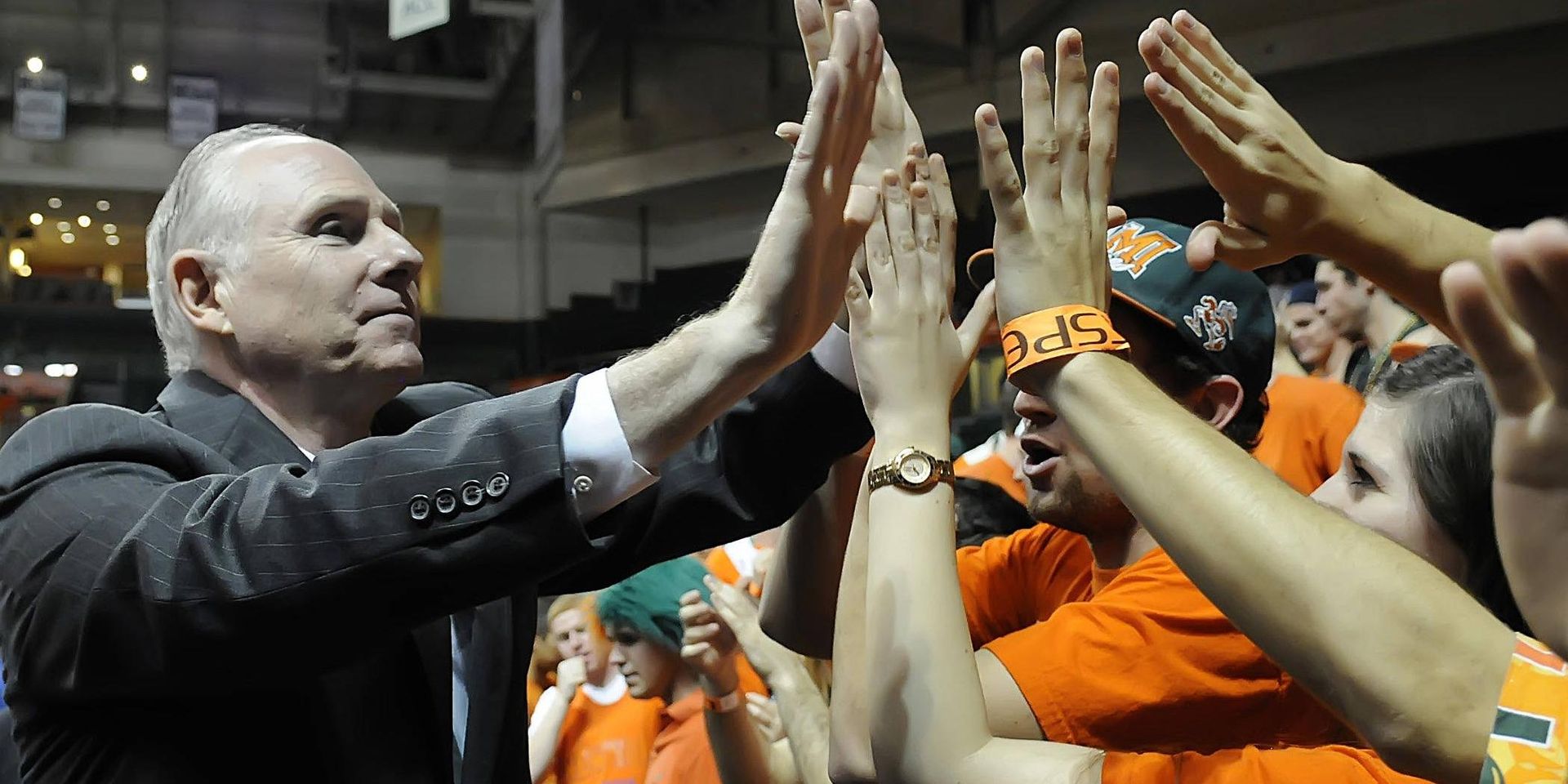 CORAL GABLES, Fla. – In the 2014-15 campaign, the University of Miami men’s basketball team will host three Atlantic Coast Conference opponents that finished in the Top 25 in 2014, including league newcomer No. 9 Louisville, reigning ACC Champion No. 10 Virginia and No. 21 North Carolina, the conference announced Tuesday.

The Canes will have a home-and-home series with Louisville, Florida State, Virginia Tech and Boston College in 2014-15 and will host Virginia, North Carolina, Clemson, NC State and Georgia Tech at the BankUnited Center as part of an impressive ACC slate. UM will hit the road for matchups at Duke, Syracuse, Pittsburgh, Notre Dame and Wake Forest. Dates have not been released at this time.

The following campaign, 2015-16, Miami will play home and away against Virginia, Florida State, Notre Dame and Virginia Tech and will host Duke, Louisville, Syracuse, Pittsburgh and Wake Forest. UM will play on the road against North Carolina, NC State, Clemson, Georgia Tech and Boston College that season.

“It’s exciting to look ahead to our league’s basketball schedule, as there’s no shortage of quality conference games,” said ACC Commissioner John Swofford. “This two-year alignment will allow for outstanding opportunities that will highlight our teams and players while providing our fans with continually appealing matchups.”

The 2014-15 season will be the first year of a 12-year schedule rotation during which teams that are not partners play five years at home only, five years on the road only, and two years both home and road. The past two conference schedules were “one-offs” due to an increase from 16 to 18 conference games and conference expansion, respectively.

Specific game dates, times and networks have not yet been determined.

Next season will mark the third in which each ACC team will play an 18-game conference schedule. With Louisville joining the ACC on July 1, nine of the conference’s 15 teams will enter next season having made postseason appearances in 2013-14, including seven teams that took part in NCAA Tournament play this past year.

The ACC’s collective non-losing streak in the NCAA Tournament reached 27 years in 2013-14, by far the longest stretch in the nation. The ACC has had at least one team ranked among the Top 10 of the final Associated Press poll for 54 consecutive years.

Miami returns three players from the 2013-14 season when the Canes went 17-16 overall and 7-11 in the ACC. The Canes welcome three players who sat out last season in transfers Angel Rodriguez (Kansas State) and Sheldon McClellan (Texas), as well as Deandre Burnett (injury), and currently have signed four new players in Ja’Quan Newton, James Palmer, Omar Sherman and Ivan Cruz Uceda.