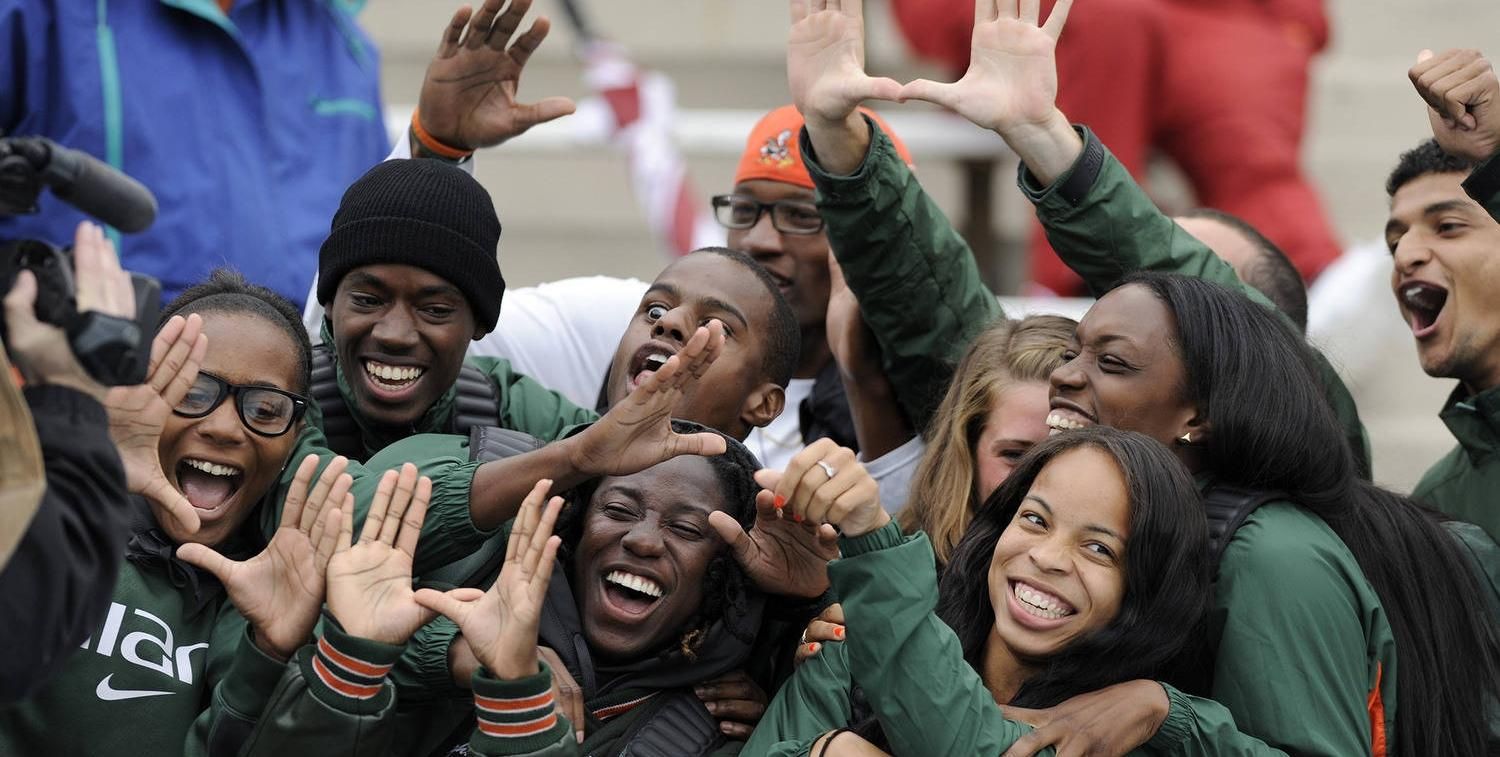 CORAL GABLES, Fla. – The University of Miami track and field program had an impressive showing at the 2014 ACC Outdoor Championships.

Both Miami’s women and men had an outstanding list of accomplishments that included the women’s highest finish since 2008 and the most points scored by the men since joining the ACC in 2004.

“We competed very hard, had so many personal-bests, ACC Champions and the Field MVP,” Miami director of track and field/cross country Amy Deem said at the conclusion of the meet. “I think our kids really fed off each other and it was exciting. As a coach, one of the best track meets that I’ve been around for a while.”

Heading into the final day of competition, the women’s team sat in sixth place with 26 points. But the Hurricane women earned 68 points on Day 3 of the conference meet, climbing the standings to finish third with 94 points. It was Miami’s highest finish on the women’s side since they placed second in 2008 and its best score since they put up 84 points in 2010.

While the women proved themselves as one of the top teams in the ACC, the men continued to raise the bar on their rapidly improving team. Miami’s men finished the meet with 44 points, their best score at the ACC Outdoor Championships in program history.

Overall, the Canes had 10 student-athletes earn All-ACC honors in 13 events. After a successful showing against their conference foes, Deem believes her program will continue to rise up the conference and national rankings.

“I think they got a taste of what it takes to be successful,” Deem said. “I think they realize that we are getting back where we need to be. Once you can taste that and see it, it drives you to get there.”