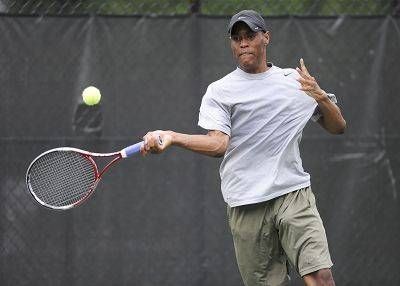 “We are excited to have Nile join our tennis program,” said Rincon. “Nile has a powerful and physical game that will translate to tremendous success at UM. We are looking forward to seeing Nile grow as a student-athlete, and helping him achieve his academic and athletic goals.”

Clark, a four-star recruit, is originally from Philadelphia, Pa., but recently moved to Ft. Lauderdale. He is currently ranked the third-best player from the state of Pennsylvania, 11th-best in the Middle Atlantic region and No. 64 nationally by Tennis Recruiting Network.

Clark joins fall signees Christian Langmo, Piotr Lomacki and Alexander Fahnehjelm in the sixth-best recruiting class in the country, as ranked by the Tennis Recruiting Network.

Stay up to date with the Canes on HurricaneSports.com. To interact with the UM men’s tennis team socially, follow @CanesMensTennis on Twitter and like them on Facebook.com/CanesMensTennis.