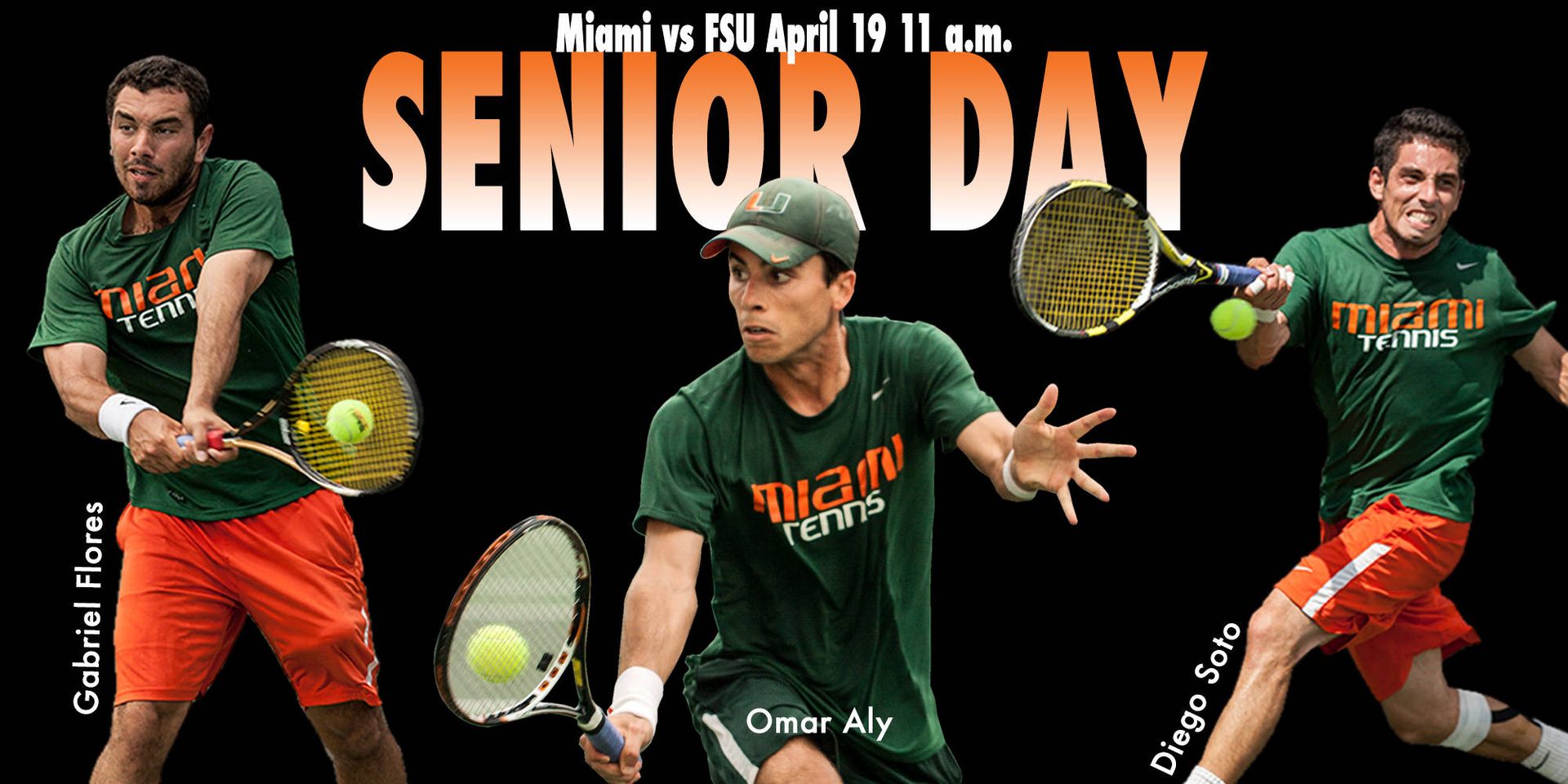 On Saturday three University of Miami men’s tennis players will square off in the last regular-season match of their careers.

Senior Omar Aly, who hails from Edmond, Okla., has been ranked as high as No. 70 in the nation in singles this season and has defeated a pair of Top 25 players in his senior campaign. He has compiled 33 singles wins in his collegiate career, earning 14 just this season. In doubles, he has posted 29 victories in his four years at The U. Aly graduates in May with a degree in economics and minor in psychology, and plans to look for wealth management jobs in the Miami area.

Gabriel Flores joined 34 Hurricanes in the 50-win club at Miami, posting 53 singles victories over his four seasons at Miami. This season he has defeated a pair of Top 100 players in singles and one ranked doubles opponent. Flores has also earned 27 career doubles victories, including 11 this season. Upon graduating with a degree in international finance and marketing, he will return to his native Puerto Rico to work in investment consulting and attend law school.

Diego Soto, from Madrid, Spain, joined the Canes in January of 2011 and has since amassed 42 singles victories and 27 doubles wins. In his final season at UM, he leads the team with 15 singles wins and 12 doubles victories, including a win over a Top 30 ranked doubles pair. In his final three seasons at The U, he has averaged 13 singles wins and in his junior campaign, he earned ACC Player of the Week honors. Soto will graduate in December of 2014 with a degree in finance.