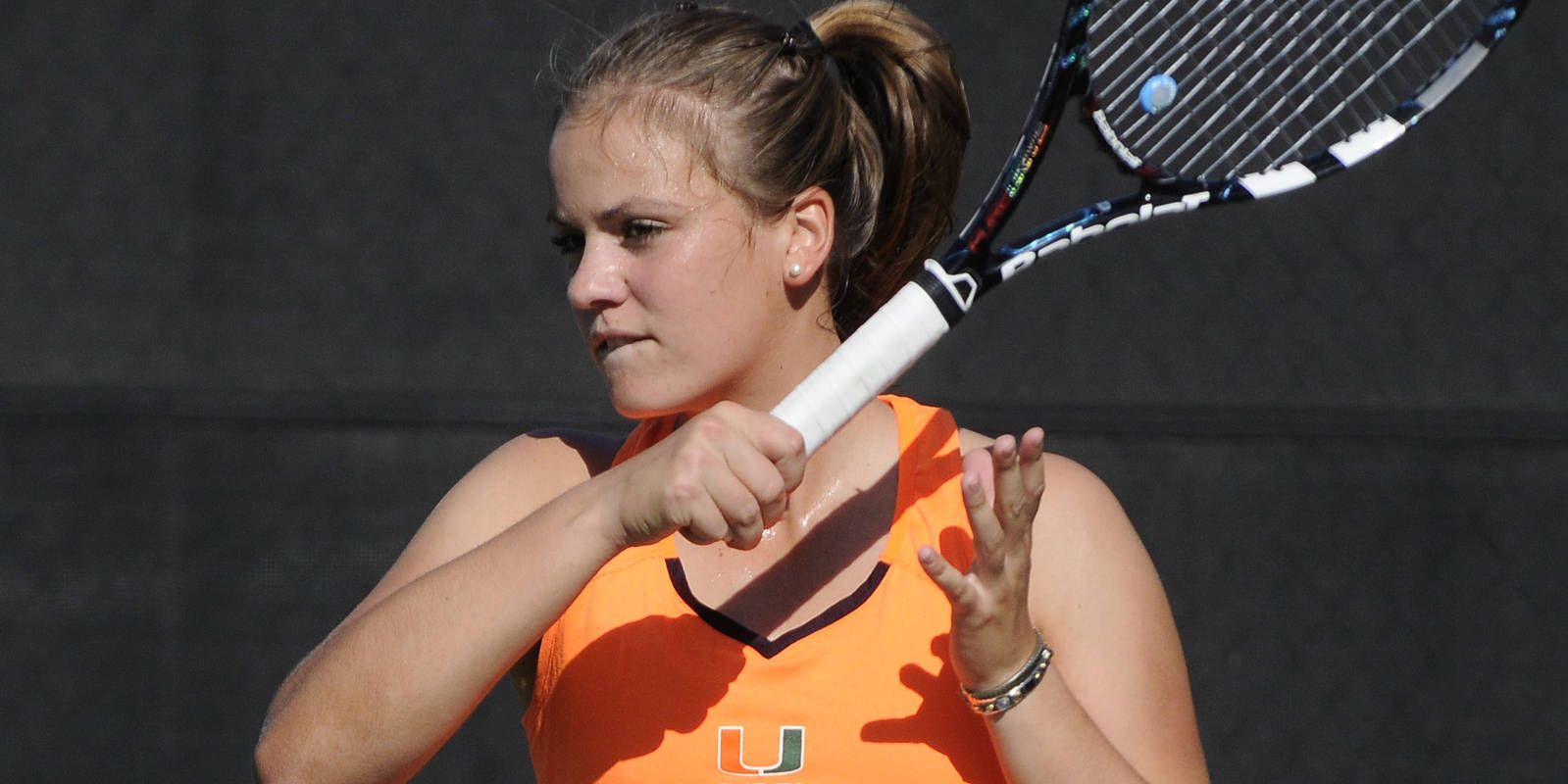 Wagner helped Miami to a 2-0 mark in ACC play last week with road wins against No. 45 Florida State and No. 15 Clemson. Wagner compiled a 2-0 mark in singles play during the week, along with a 1-0 record in doubles.

Wagner, currently ranked 36th in the country, is 17-4 in singles this spring and 10-2 in ACC play. Wagner has played primarily at the one spot for the Hurricanes, posting an 11-2 record at the top singles position.

A sophomore and Amberg, Germany native, Wagner has won eight of her last 10 matches including the last two in a row. Against ranked opponents this spring, Wagner is 4-4.

Playing with Lina Lileikite and Brittany Dubins in doubles, Wagner has posted a 13-5 overall record and 11-4 ACC record. Playing with Lileikite primarily in the past few weeks, the pair has won six of their last eight matches.

The two road wins at Florida State and Clemson capped off a five-match road swing for the Hurricanes. Miami returns to the Neil Schiff Tennis Center this weekend for its final home matches of the spring. On Friday the Canes will host Virginia Tech at 3 p.m., and Sunday will host Virginia on Senior Day.