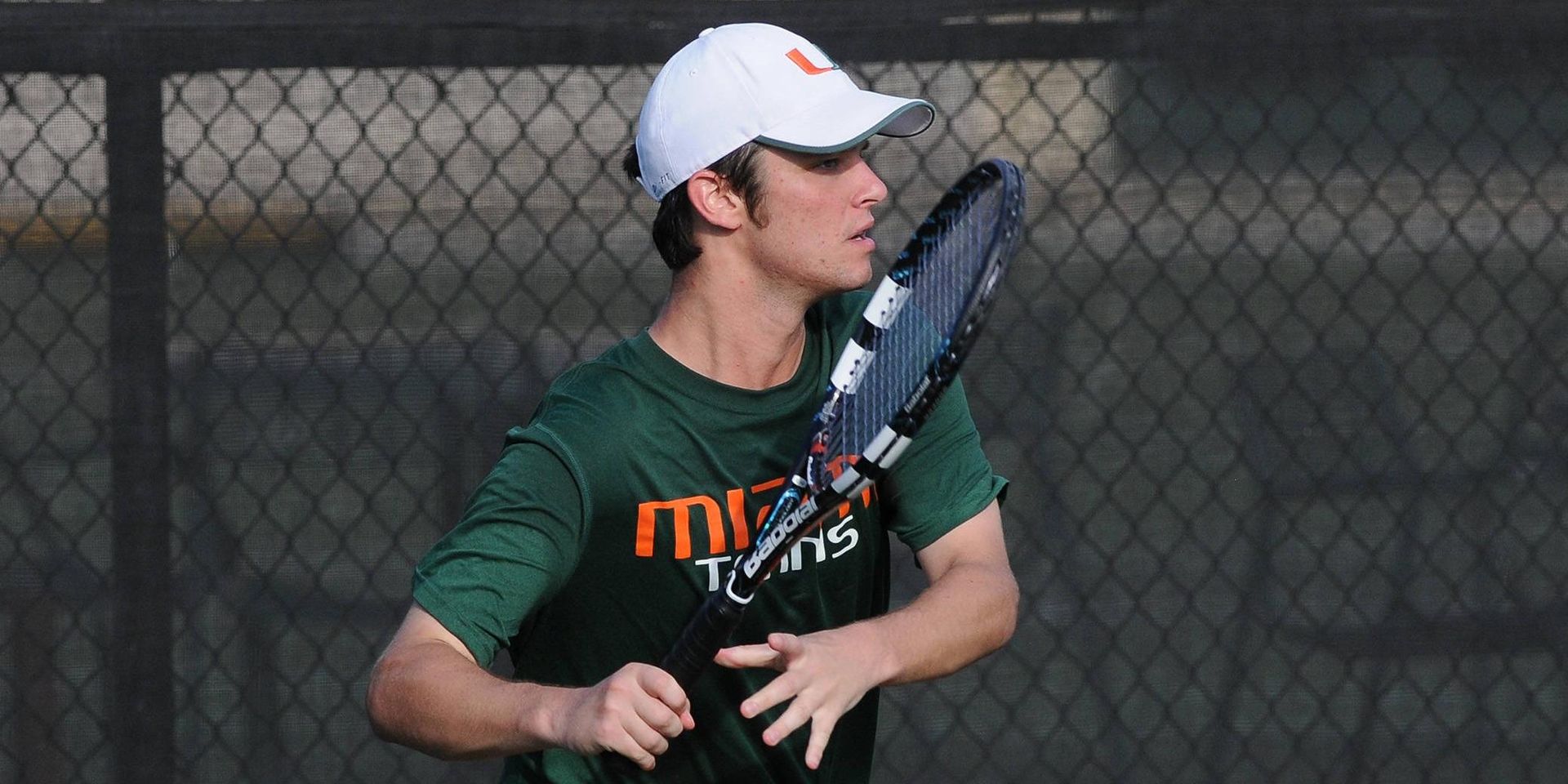 “Boston College was ready for us, and they put up a great fight,” said Coach Mario Rincon. “We are happy to get another conference win after losing a few in a row.”

The UM shutout was the first since the Canes beat Nebraska-Omaha, 7-0, on March 25. The victory snaps Miami’s five-match losing skid, which was posted on the heels of a 7-match winning streak.

Miami was able to secure the first point, winning two of the three doubles matches. Gabriel Flores and Diego Soto were able to dominate their opponents Janathan Raude and Alexandre Thirouin 8-3. Omar Aly and Wilfredo Gonzalez pushed their match to tiebreaker and came out on top, defeating Phillip Nelson and Matt Wagner, 8-7(5). The freshman pair Daniel Shebshayevich and Bernard Tefel were overcome by Kyle Childree and Hank Workman, 8-3.

The Hurricanes will host in-state and ACC rival No. 28 FSU Saturday April 19 at 11 a.m. at the Neil Schiff Tennis Center in Coral Gables. There will be a free picnic and T-shirts will be available. For all children eighth grade and younger, there will be a post-match clinic.

“We look forward to playing FSU on Saturday on senior day,” added Rincon. “Hopefully we will have many fans and friends to support Diego, Gabriel and Omar on this special day.”