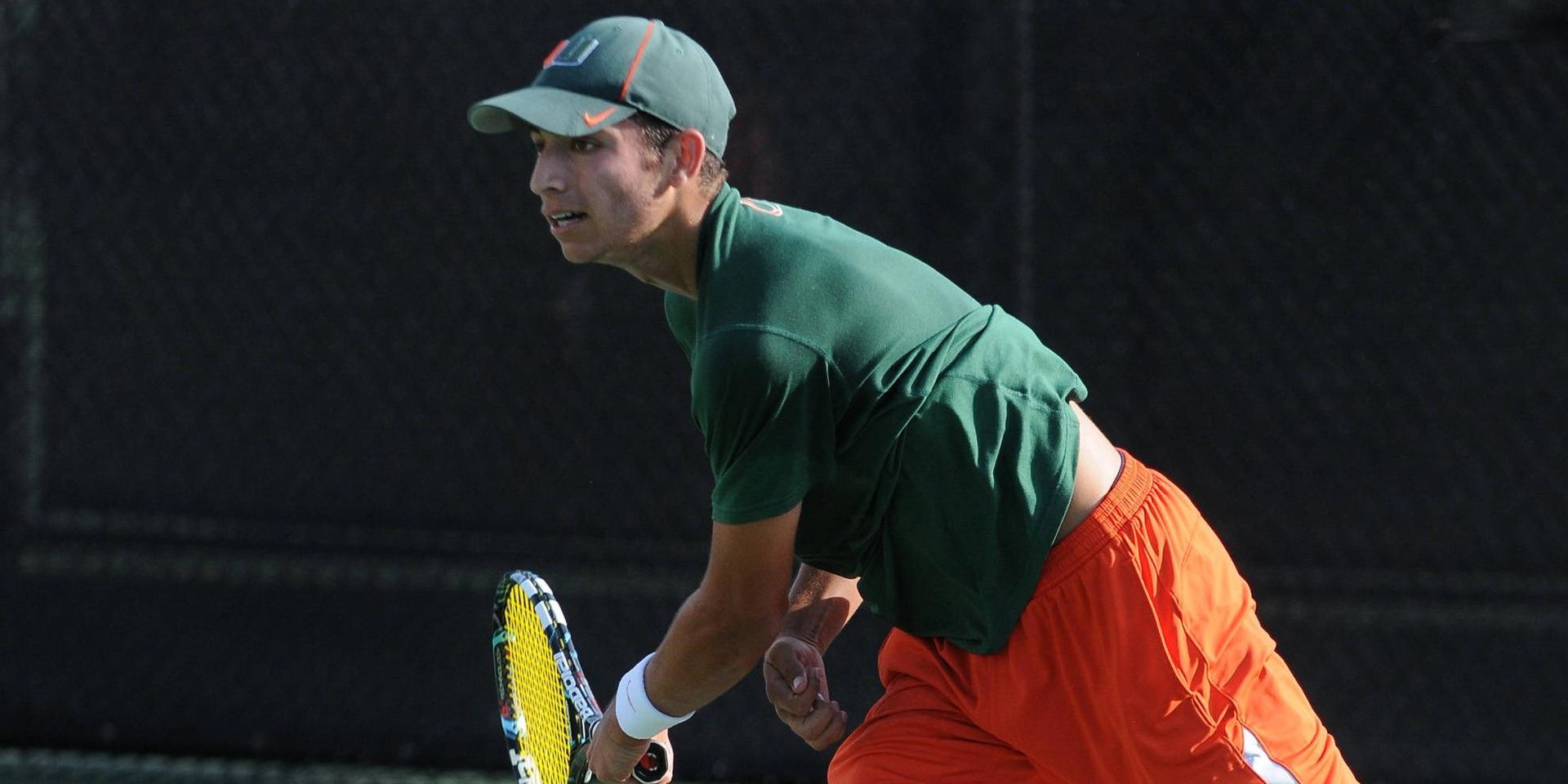 CORAL GABLES, Fla. – The No. 46 University of Miami men’s tennis team will hit the road this weekend as they travel to Indiana to face No. 12 Notre Dame on Friday, April 11 and Massachusetts to battle against Boston College on Sunday, April 13.

Miami moved up one spot in the rankings this week, and senior Omar Aly moved up in the singles rankings to No. 70, from No. 92, after defeating the then-No. 25 Ronnie Schneider of North Carolina in a third set tiebreaker. Aly has a 13-4 singles record this season.

After seven consecutive wins in late February and early March, the Canes have faced stiff competition in conference match ups. Most recently, Miami was defeated by the then-No. 13 Duke and No. 9 North Carolina.

No. 12 Notre Dame is 14-8 (4-4 ACC) this spring season. The Fighting Irish are coming off a split weekend against then-No. 21 Wake Forest and No. 42 NC State, respectively. The Fighting Irish defeated the Demon Deacons, 4-3, then lost to the Wolfpack, 4-3.

Boston College holds a 2014 spring season record of 4-12 (0-8 ACC). The Eagles faced the then-No. 42 North Carolina State and No. 21 Wake Forest last weekend, and were overcome by both ACC rivals.

Miami’s last dual match of spring 2014 will be against in-state and ACC rival No. 28 FSU on Saturday, April 19 at 11 a.m. at the Neil Schiff Tennis Center. There will be a free picnic and T-shirts will be available. For all children eighth grade and younger, there will be a post-match clinic.