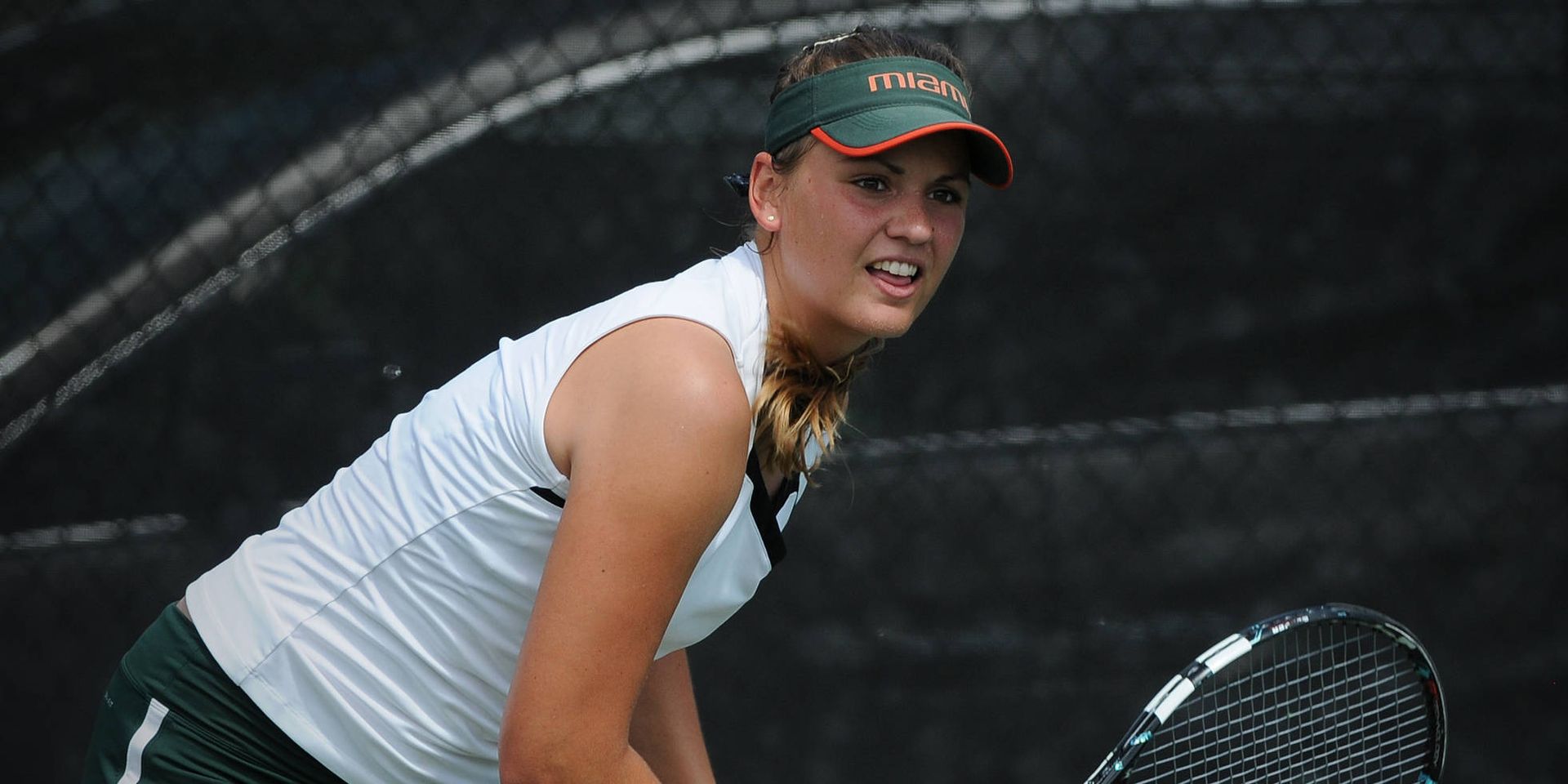 Wagner was ranked 61st in the previous rankings that came out on Mar. 25, and is 10-2 in her last 12 matches. This past weekend, Wagner took the No. 5 player in the nation down to the wire, falling in a third set tiebreaker to Duke’s Beatrice Capra.

Wagner has been steady for Miami (14-4, 8-2 ACC) all spring, posting a 15-4 overall record and an 8-2 ACC mark. Playing primarily at the number one singles spot, Wagner has taken down three ranked opponents and was named ACC Player of the Week on Feb. 25.

Also appearing in the ITA Women’s singles poll for the sixth consecutive time this season is sophomore Kelsey Laurente at No. 54. Laurente has posted a 12-4 overall mark this spring, including three wins against ranked opponents.

With a collective doubles record of 40-11, two Miami doubles teams remained in the polls—No. 18 Monique Albuquerque and Clementina Riobueno and No. 41 Laurente and Melissa Bolivar. Albuquerque and Riobueno have been winners in nine of their last 10 matches and nearly came away with a win against the fifth-ranked doubles team from Duke on Sunday.

As a team, the Canes checked in at No. 16 this week. Miami resumes its road stretch this weekend when it travels to Tallahassee, Fla., to take on No. 45 Florida State Friday at 3 p.m. On Sunday, the Hurricanes will head to Clemson to take on the 15th-ranked Tigers.