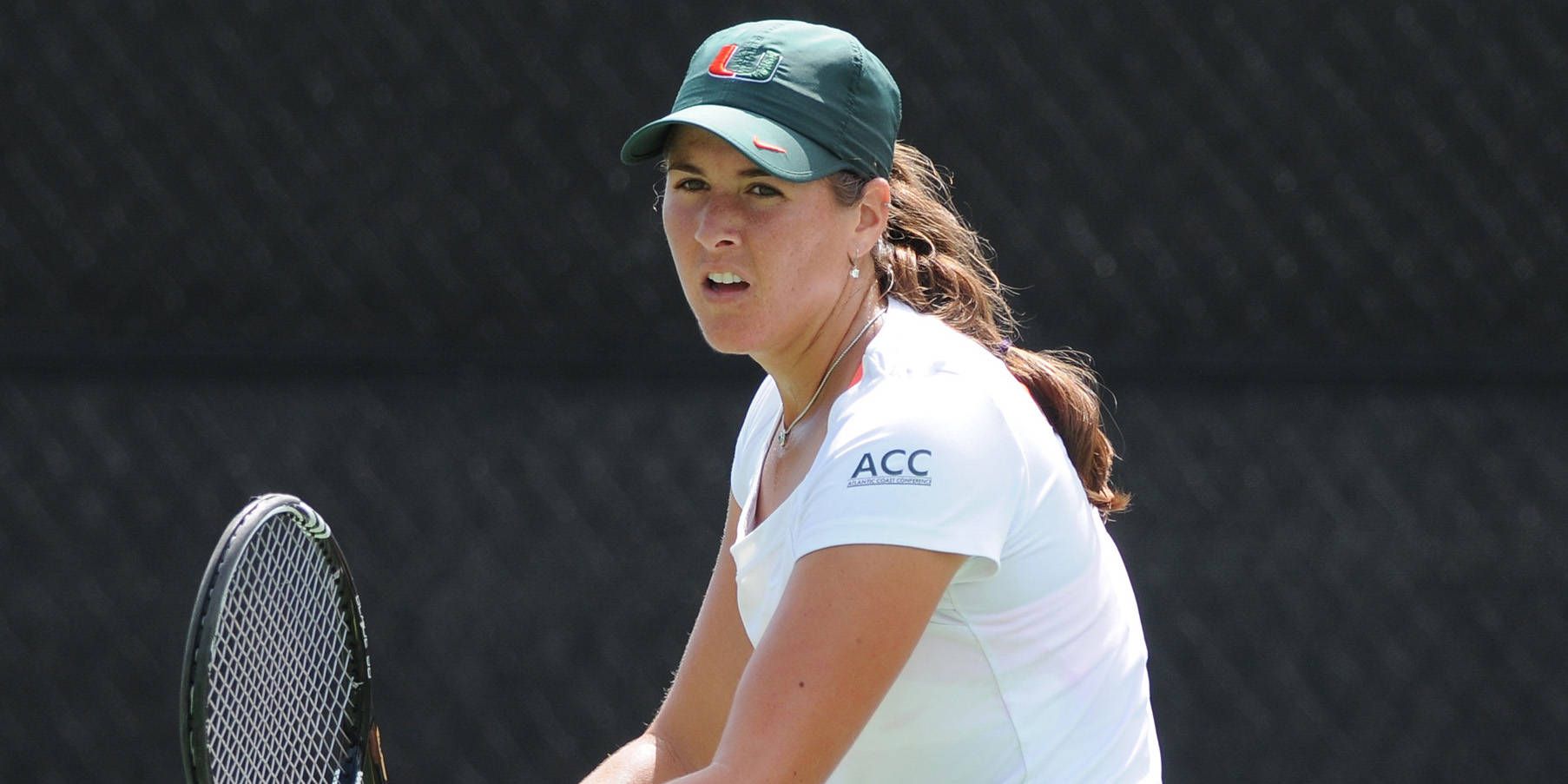 In some of the tightest doubles matches of the spring, Miami (14-2, 8-0 ACC) prevailed at three-doubles and one-doubles to take a 1-0 lead in the match. The Hurricanes kept their streak of doubles points going at 10 and haven’t lost an ACC doubles point since last April.

“We played great in doubles, which was great to see because it’s been a focus of ours,” head coach Paige Yaroshuk-Tews said. “Wake Forest is a good doubles team. I’m happy with the way we came out and played.”

At three doubles, Stephanie Wagner and Lina Lileikite were dominant in their win against Karen Forman and Brigita Bercyte, taking down the Wake Forest duo 8-1. In just their fifth match together this spring, Wagner and Lileikite captured their fourth straight victory.

14th-ranked one-doubles team Monique Albuquerque and Clementina Riobueno edged out Demon Deacons duo Xue Zhang and Kasey Gardiner by an 8-5 score. Despite Miami opening the match with a 4-1 lead, Wake Forest would not go quietly. The Hurricanes led 5-2, 6-3 and 7-5 before finishing the set 8-5.

Albuquerque and Riobueno remained perfect in ACC play, improving their record to 8-0 in conference and 16-1 overall. The Canes top duo also extended their team-long doubles win streak to 10 consecutive matches.

No. 31 Kelsey Laurente and Melissa Bolivar battled back and forth with Demon Deacons Luisa Fernandez and Samantha Asch, before the matched was stopped when Miami won the point. The 72nd-ranked team from Wake Forest twice took one-game leads against the Hurricanes, but Laurente and Bolivar showed tremendous poise, evening the match at 6-6 and then taking a 7-6 advantage before play stopped.

Clinching the first singles point for the Hurricanes was Albuquerque, who extended her match win streak to 10 straight with the performance. Albuquerque handled her match from start to finish, taking the first set against Forman 6-1 before putting her away with a 6-4 second set.

Giving Miami a 3-0 lead on the board was 61st-ranked Wagner, who took down Wake Forest’s Fernandez in straight sets 6-4, 6-2. Wagner was tied 4-4 with Fernandez in the opening set before taking control of the final two games to take the lead. She was able to keep that momentum going in the second set en route to her 10th consecutive singles victory. Wagner also improved her overall record to 14-2 and 8-1 at the top singles position.

Signaling Miami’s 10th-straight win with the third singles victory of the day was Bolivar, who won her 10th straight match in a 6-1, 6-4 win against Wake Forest’s Zhang. After handling the first set easily, Bolivar was up 3-2 in the second before pulling away for the win.

Continuing Miami’s strong performance with a 6-2, 6-3 win was Lileikite. Playing at the three singles spot, the Latvia native controlled from start to finish against Kasey Gardiner. With a set lead, Gardiner took 1-0 lead in the second, but Lileikite was too much for her to handle—winning six of the final eight games to take the match.

In her first ACC win of the season, Brittany Dubins beat Wake Forest’s Bercyte in a three-set thriller. After winning the first set in a tiebreaker, Dubins dropped the second set, forcing a 10-point tiebreaker. Dubins bested Bercyte 10-7 to take the match and put Miami’s sixth point on the board.

With a 6-0 lead and looking for the sweep, Riobueno’s first match at the two-singles spot was the only match remaining. Facing an early deficit after falling in the opening set 6-4, Riobueno fought back to win the second set 7-6—prevailing 7-4 in the tiebreaker. In the first-to-10 third set to determine the match, Wake Forest’s Samantha Asch came away with a 10-8 win.

“I think everybody did what they needed to do,” Yaroshuk-Tews said. “To play a position higher than normal and dominate the way they did says a lot about the depth of this team.”

The Hurricanes get back to action on Saturday, April 5 at North Carolina, then play at Duke the following day.