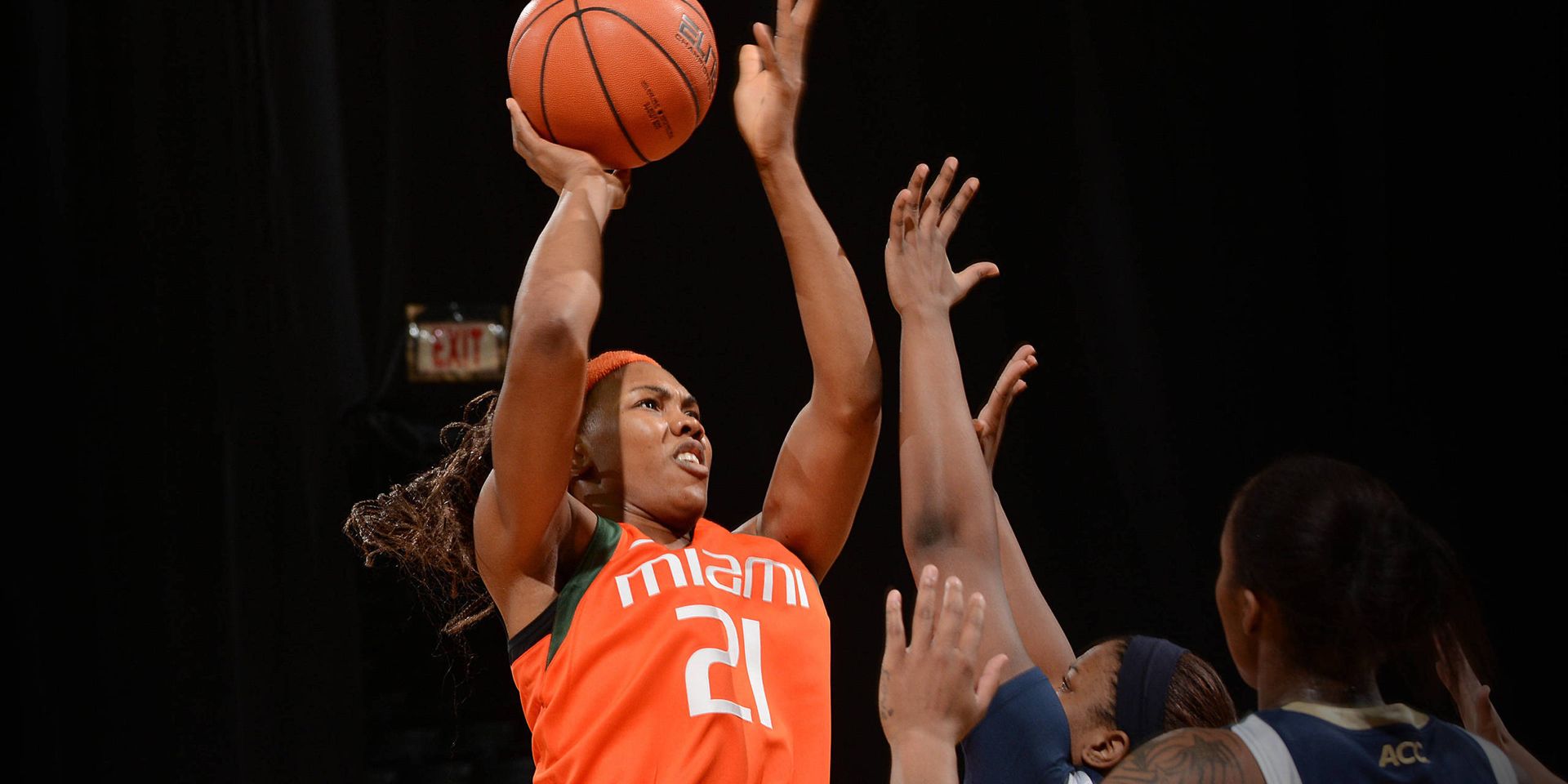 The Game
Miami (16-14) will play in the opening round of the WNIT against the Stetson Hatters at 7 p.m. at the BankUnited Center on Thursday.

Fifth-Straight Postseason
Miami’s trip to the WNIT marks the fifth consecutive year that Katie Meier’s team will play in the postseason. The past three years the Hurricanes have gone to the NCAA tournament and in the 2009-10 season, Miami advanced all the way to the WNIT Finals.

Scouting Stetson
Stetson (26-7, 16-2 A-Sun) was the runner-up in the Atlantic Sun Conference in both the regular season and the conference tournament. The Hatters have five players averaging double-figures in scoring and are led by Sasha Sims’ 14.1 ppg.

History with the Hatters
The Hurricanes have a successful history against the Hatters, holding a 19-3 all-time series lead against the in-state foe. The last time Miami and Stetson faced each other was in 1991, with three meetings between the schools in that year. The Hurricanes have won the last 18 meetings—including a 112 point night on Jan. 12, 1991—the most points Miami has ever scored in a game.

Keyona Lately
Keyona Hayes is averaging 17 ppg over the past three games and scored a career-high 22 points in the regular-season finale against Pittsburgh. Over the same three-game span, Hayes is shooting 62 percent from the field.

Boost Off the Bench
Averaging just 5.5 ppg, Necole Sterling has provided the Canes with a boost off the bench, scoring a career-high 16 against Pitt and is averaging 11 ppg over the last six games.

Coverage
Thursday’s game against Stetson will be live streamed on CanesAllAccess on HurricaneSports.com. WVUM will also provide an audio broadcast of the game on WVUM.org.

The Coach
Miami is led by head coach Katie Meier, who is in her ninth season at the helm of the women’s basketball program in Coral Gables. Meier has a record of 163-120 through eight-plus seasons at Miami and a career record of 239-165 as a head coach.

Looking Ahead
With a win against Stetson on Thursday, Miami will advance WNIT second-round to play either South Florida of North Carolina A&T.